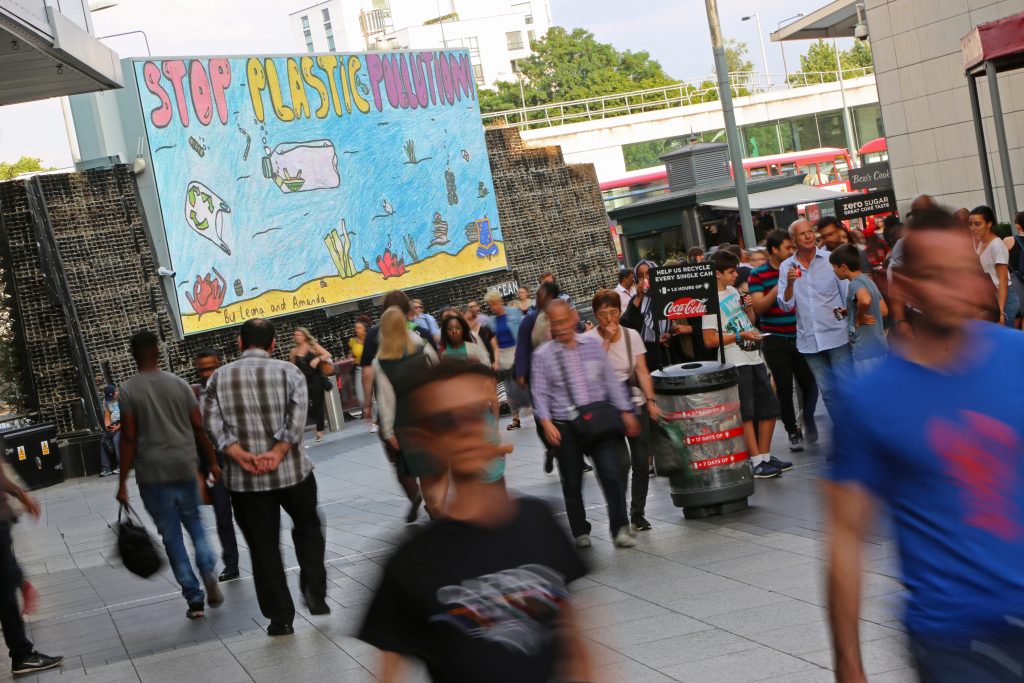 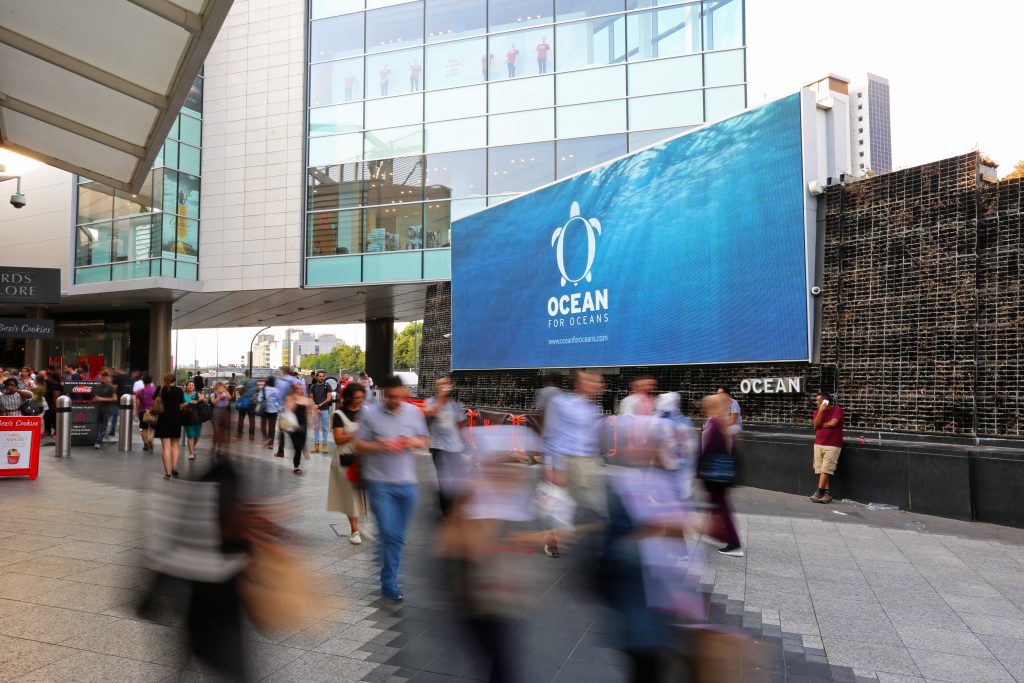 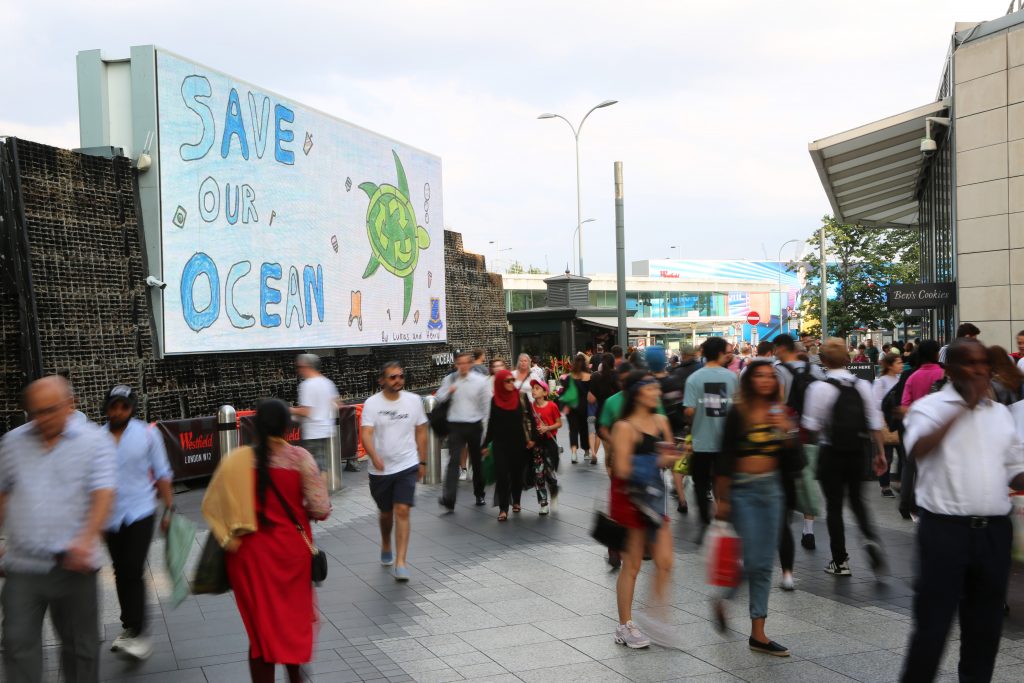 On our journey to raise awareness about plastic pollution and inspire the world to change their relationship with plastic, the team at Ocean for Oceans believes that educating younger generations on the importance of living in a sustainable world is crucial to turning the tide on marine litter.

In collaboration with the Marine Conservation Society we were recently able to take our message to the infants and juniors at St. Mary’s and St. Peter’s Church of England primary school. Jenny Griffiths from the Marine Conservation Society conducted two marine-themed assemblies at the school. Each workshop was designed to enthuse the children and ignite their passion for the sea, as well as encouraging a behaviour shift away from single-use plastic.

In order to keep the momentum going Ocean showcased yesterday some of the year 6 kids’ artwork at Westfield London. Inspired by the theme of Ocean plastic pollution their creative will feature on the full motion Eat Street @ Westfield London screen for a day.

This initiative was so well received by the children that it has motivated us to bring the same concept to other UK cities including Birmingham and Manchester.

And at Ocean we aim to give the power, the education to younger generations to #StopThePlasticTide.