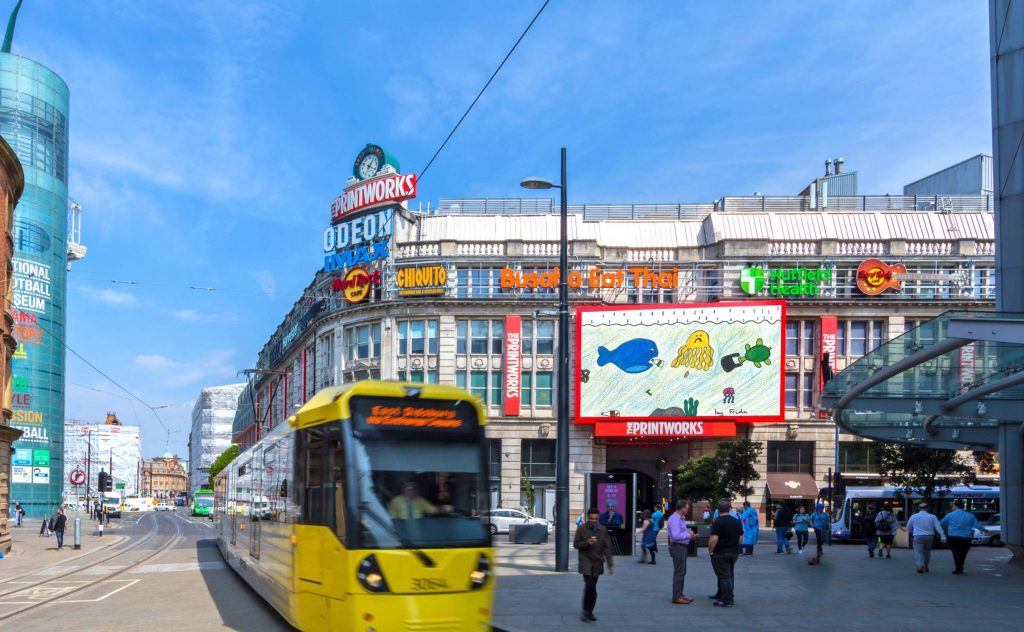 Year 6 students from 25 schools will be invited to participate

Ocean is inviting 25 schools to join its campaign against single-use plastic pollution by using its big digital screens to showcase pupils’ art.

Ocean is asking Year 6 students from selected schools in Birmingham, Manchester, London, Glasgow and Edinburgh to help illustrate how single use plastic is polluting our seas and killing marine life by creating their own outdoor posters.

The theme of the project is Ocean Plastic Pollution. Ocean will provide the schools with A3 templates from which to work on their posters.

Ocean launched its Ocean for Ocean campaign in association with the Marine Conservation Society at the start of this year and has been using its advertising displays to try and persuade people not to use plastic bags and to recycle bottles responsibly.

The chosen schools will have until Christmas to submit pupils’ drawings to be considered for display on Ocean’s large screens across all five cities.

Ocean’s chief revenue officer Nick Shaw said: “Here at Ocean we believe education is crucial to the campaign to turn the tide on marine litter. We’re sure plastic pollution is already on the radar of many schools, but what better way to share the message from the younger generation than by using our screens which are seen by millions of people every week.

“To help us do that, we’ll work with Year 6 pupils to create colourful drawings inspired by the sea that show just how harmful plastic bottles and other rubbish can be to marine life. The students will be encouraged to work together in pairs and a  selection of the best submissions will feature across Ocean screens throughout the spring of 2019.”