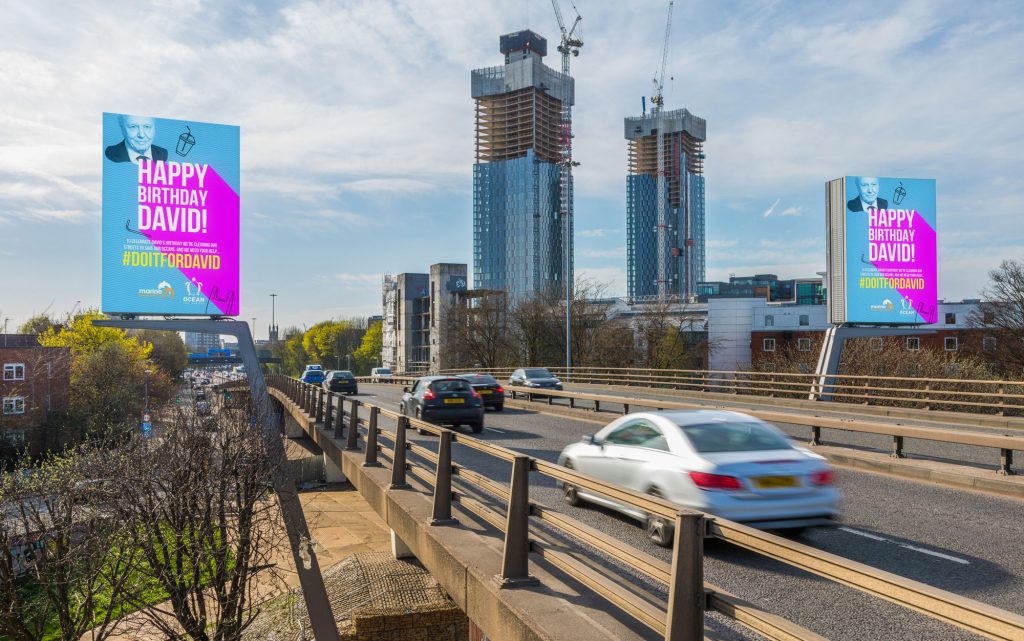 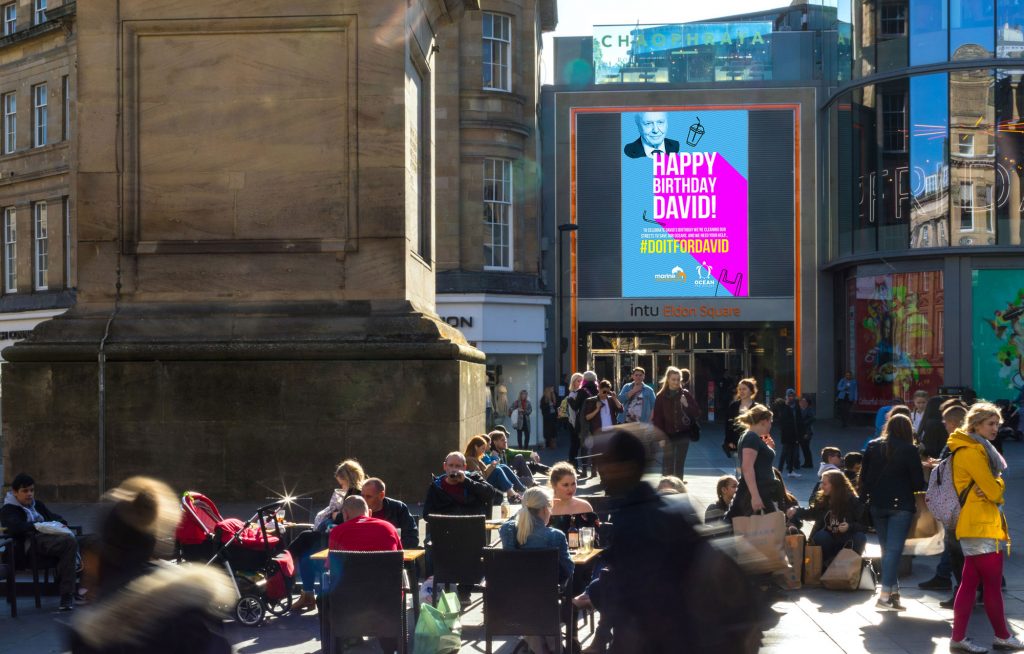 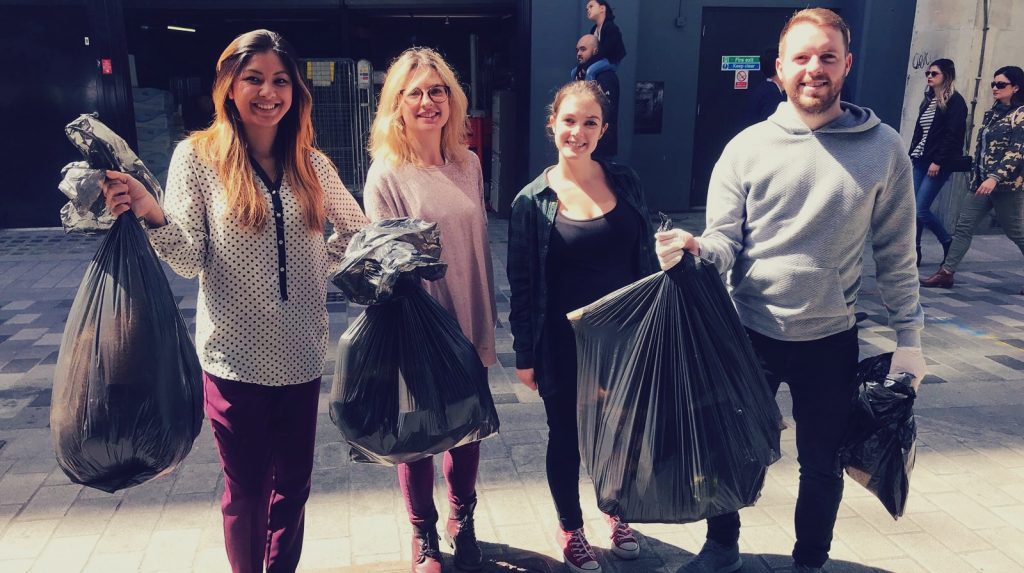 We’ve joined the movement to turn the tide on single-use plastic. And a milestone in our campaign is the 92nd birthday on May 8 of national hero and top environmental campaigner Sir David Attenborough.

#DoItForDavid is an informal community led campaign to mark the broadcaster and naturalist’s birthday by picking up some of the plastic waste littering our streets, countryside and coasts.

Ocean is supporting the day by broadcasting #DoItForDavid messages across our screens to encourage as many people as possible to go out and collect some plastic litter before it reaches the rivers, oceans and seas, causing immense harm to wildlife and marine life.

Sir David has shown us just how big a problem single-use plastic is in his TV series Blue Planet.

Our Ocean for Oceans posse has also been out in our Soho neighbourhood collecting up some of the single-use plastic waste left on London’s streets.

In 40 minutes, four of us filled three garbage bags with rubbish. The top four collected items were coffee cups, cigarette packs, drinks cans and plastic bottles. That’s the equivalent of around 140 gallons of discarded packaging.

That’s an awful lot of rubbish that simply shouldn’t be dropped on the streets. Because if more people carried keep cups and refillable drinks bottles, and took their rubbish home for recycling, littering wouldn’t be such a big issue.

So, come on everyone. Let’s all make a bigger and better effort to #DoItForDavid not just on Sir David Attenborough’s birthday, but on every single day.

Because together, we can turn the tide on plastic rubbish and make our planet a cleaner, lovelier and better place to be.