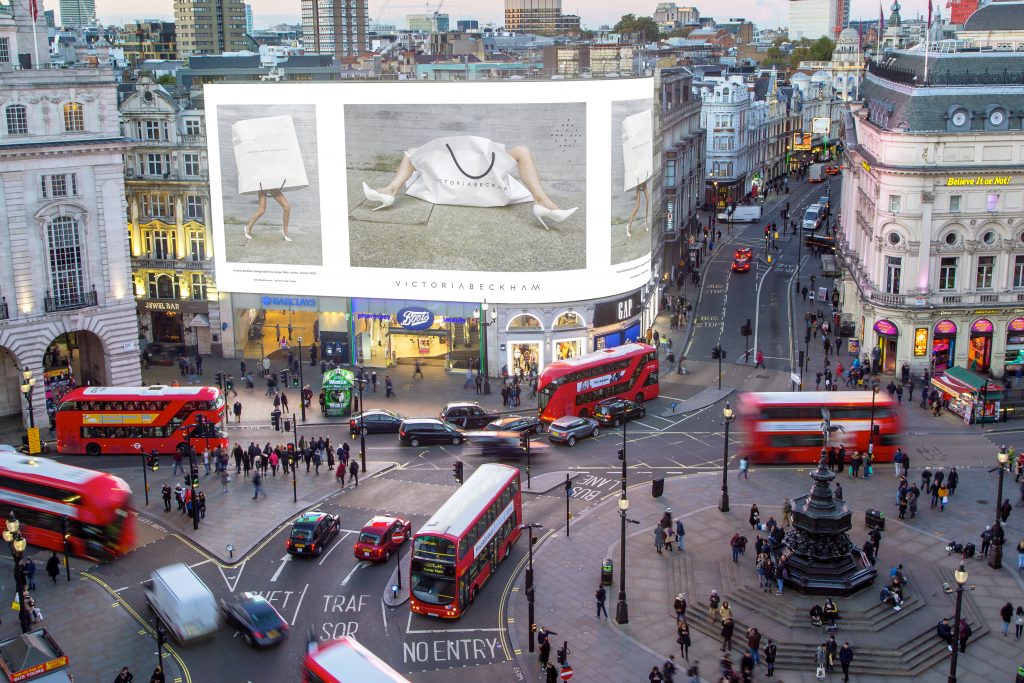 The showcase forms the centrepiece of the brand’s 10th anniversary show which celebrates a decade in the fashion business.

The digital out of home campaign features a rotation of three spectacular images featuring Victoria Beckham and shot by the celebrated German fine art and fashion photographer Juergen Teller.

The campaign was booked and planned directly by Ocean. It runs until September 16.

It is the first time content celebrating London Fashion Week has appeared on the iconic advertising screen in Piccadilly Circus which relaunched as a state-of-the-art dynamic display almost a year ago.

Ocean CEO Tim Bleakley said: “This is a huge occasion for British fashion and a splendid coup for digital out of home. It’s the first time Victoria Beckham has ventured into outdoor advertising on such a scale, and the first time the new dynamic technical capabilities of the iconic Piccadilly Lights will be used as part of London Fashion Week.”

Chris Dehaney, head of brand partnerships, Piccadilly Lights at Landsec said: “At Landsec we’ve had the privilege of celebrating so many iconic moments at Piccadilly Lights – and this is certainly one of them. Almost one year on since we launched our new digitally-advanced screen, we are thrilled to be celebrating our first ever live stream with Victoria Beckham in what will be an exciting showcase of fashion, digital technology and a brilliant brand moment.”

Victoria Beckham is presenting her SS19 collection for the first time in London. She has previously only shown her collections in New York.

Her Mayfair store is located close to the Piccadilly Circus screen in Dover Street.