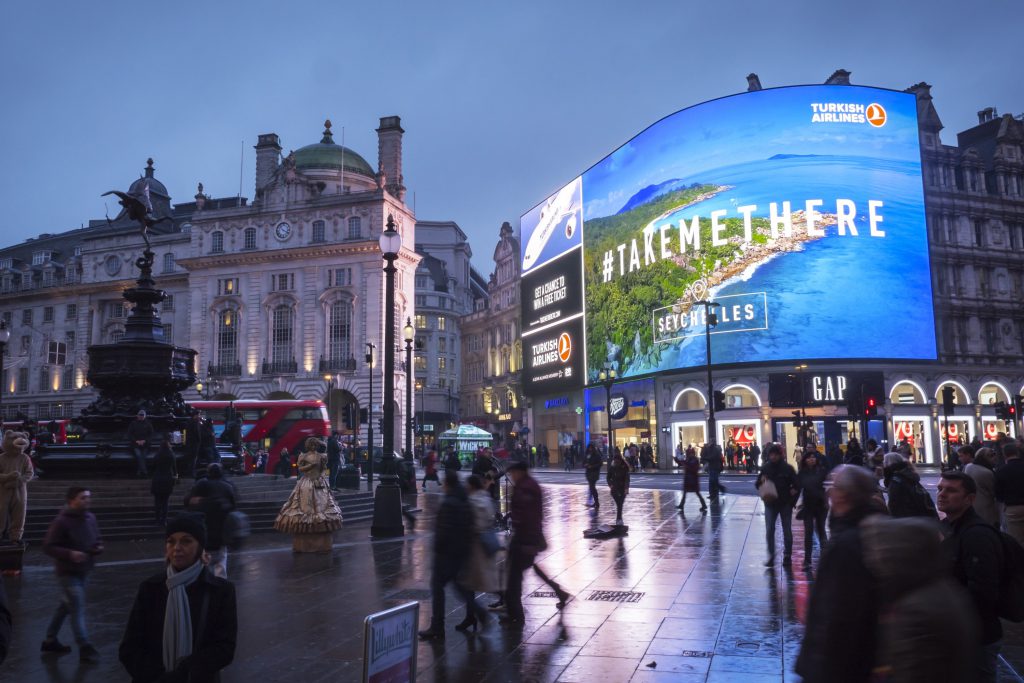 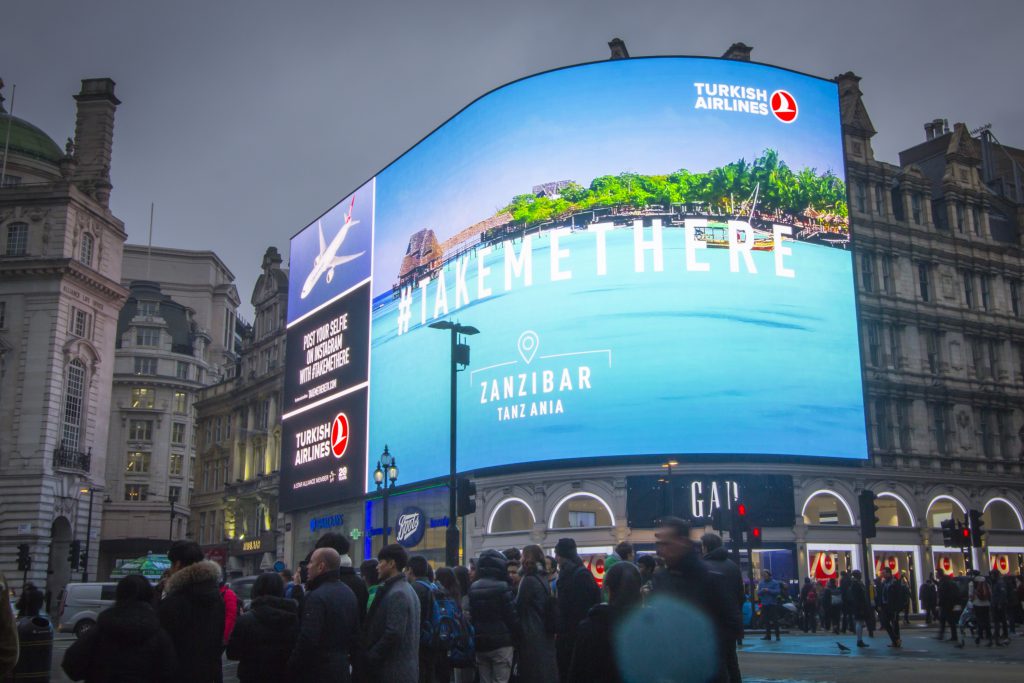 Landsec has signed a deal with Turkish Airlines which becomes the first airline to advertise on the iconic new Piccadilly Lights.
Turkish Airlines, which flies to more countries than any other airline in the world, launched its digital out of home campaign on Tuesday. The advertising deal was struck by Ocean.
The carrier is using the state-of-the-art screen to showcase its new #TakeMeThere campaign. As part of the campaign, Instagram users are invited to take a selfie in front of the iconic display as it shows Turkish Airlines’ latest campaign, using the hashtag #TakeMeThere and tagging @turkishairlines to tell the airline where they want to travel to.

Winners are picked at random weekly, and notified shortly afterwards, before jetting off to their chosen destination. Turkish Airlines is offering 18 winners in all the chance to fly to the destination of their choice this winter.

Ocean Outdoor chief executive officer Tim Bleakley said: “Turkish Airlines becomes the first airline carrier to advertise on the new Piccadilly Lights. I can’t think of a more spectacular environment in which to reach and connect with audiences as diverse as those who pass through Piccadilly. This is where the priming power of digital out of home as a core media channel really comes into its own.”
The world-famous Piccadilly Lights is the largest screen of its kind in Europe and has the ability to divide into six full and subtle motion segments. At the start of each 10 minute loop one of six resident advertisers takes over the complete display.