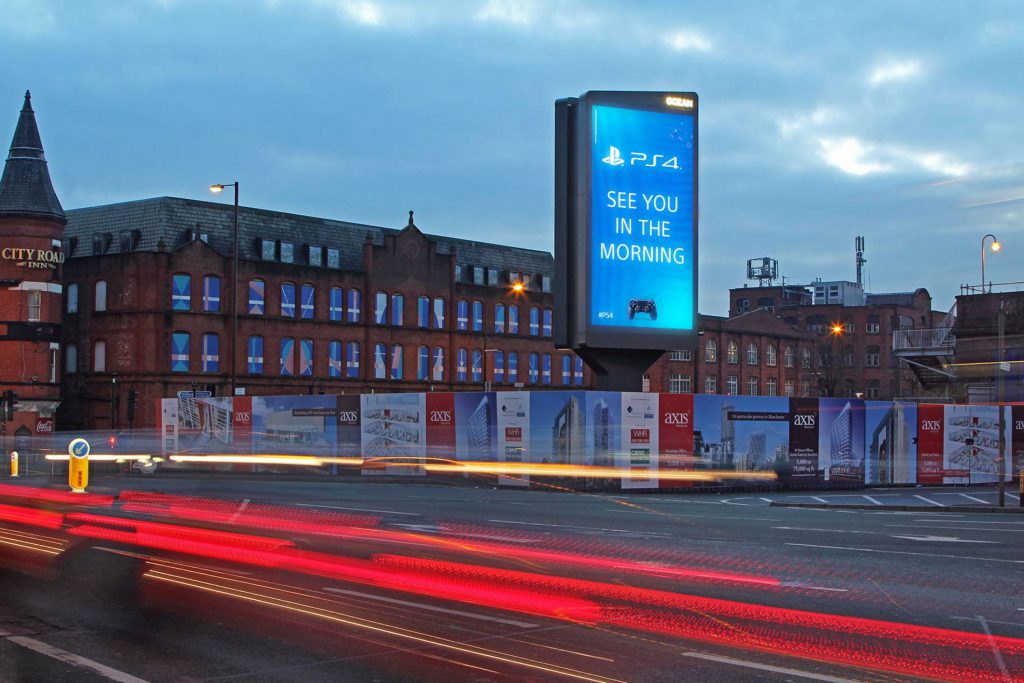 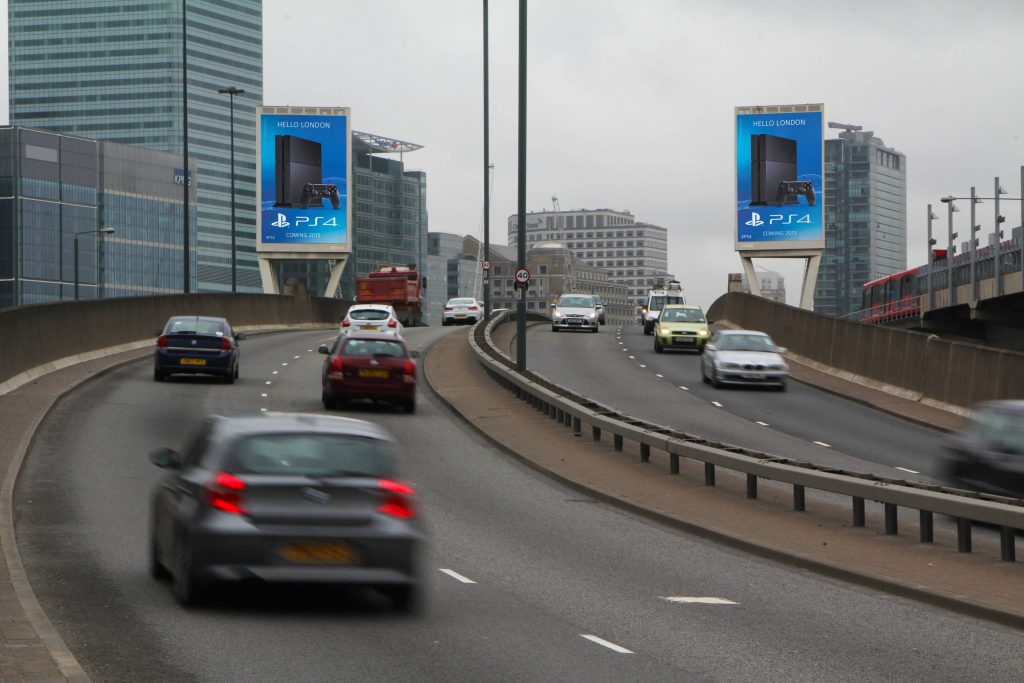 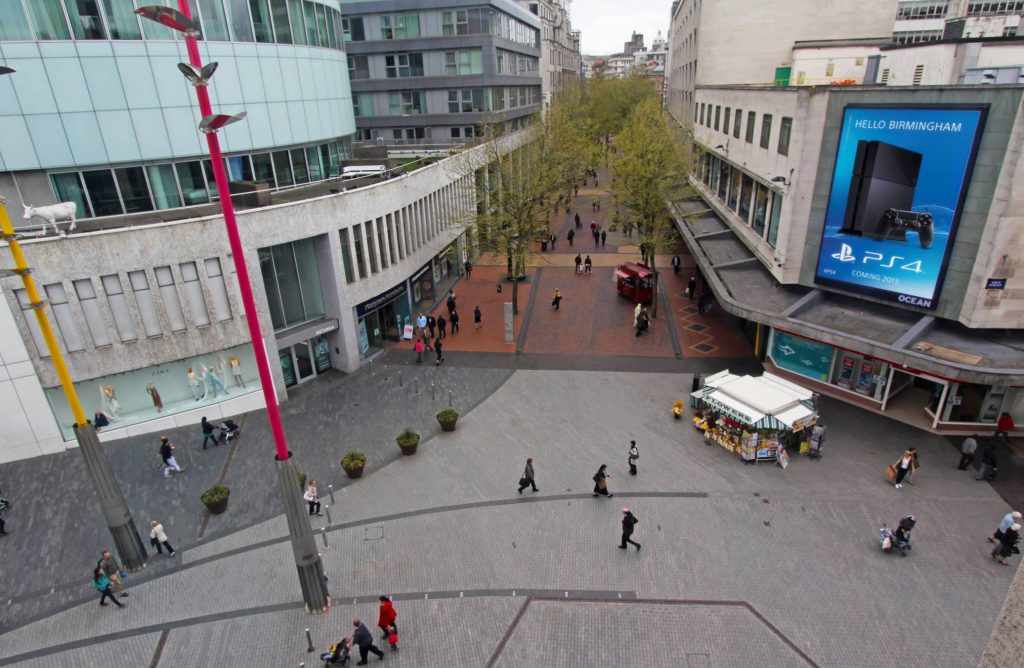 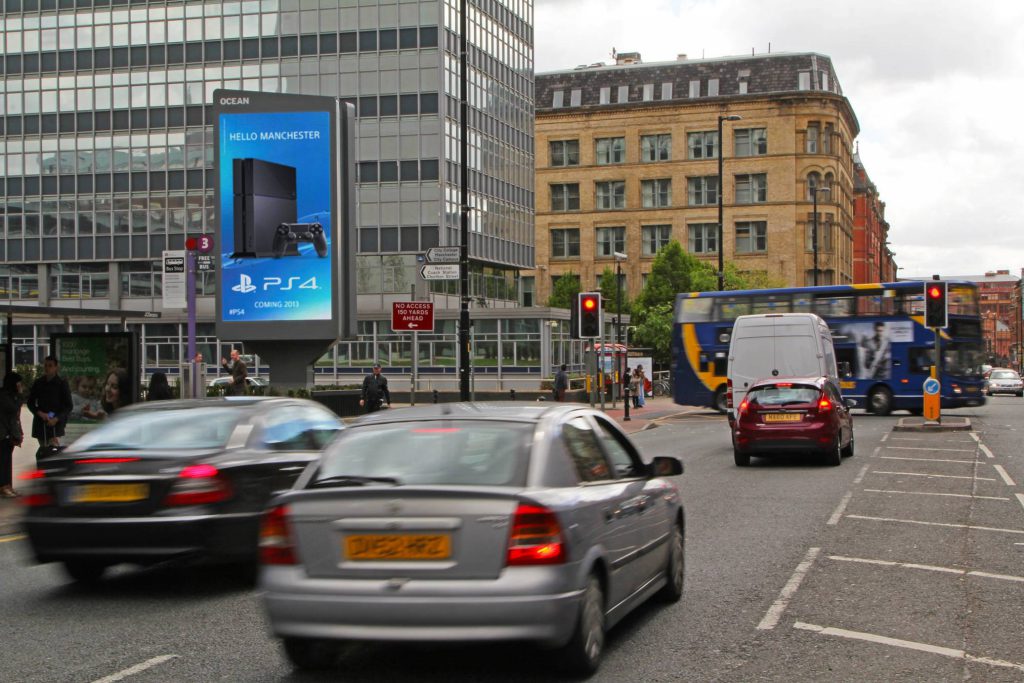 The unveiling of Sony’s first major games console since the Playstation3 went on sale in 2006, was aimed at early morning commuters, running across nine Ocean sites including Two Towers East and West, Eastern Motion, Trinity Leeds, Axis @ The Haçienda and The Screen @ New Street.

Manning Gottlieb OMD planned and coordinated the campaign, with bookings by Talon Outdoor, and creative by Drum and Lick. This was the very first reveal of the design and look of Sony’s new black box console that goes on sale later this year. The wording of each advert was changed to reflect the name of the City it was appearing in.

To build anticipation, a teaser campaign telling commuters “We’ll see you in the morning”, ran across the same Ocean sites during rush hour yesterday (Monday, June 10).

“This is a genius use of premium digital outdoor to herald one of the most anticipated launches in the home entertainment sector of the year,” said Ocean Outdoor Associate Director Rob Hesketh.

Sony’s new Playstation made its hands-on debut at the E3 show, an annual industry gaming conference, in Los Angeles at 6pm (PT time) on June 10.