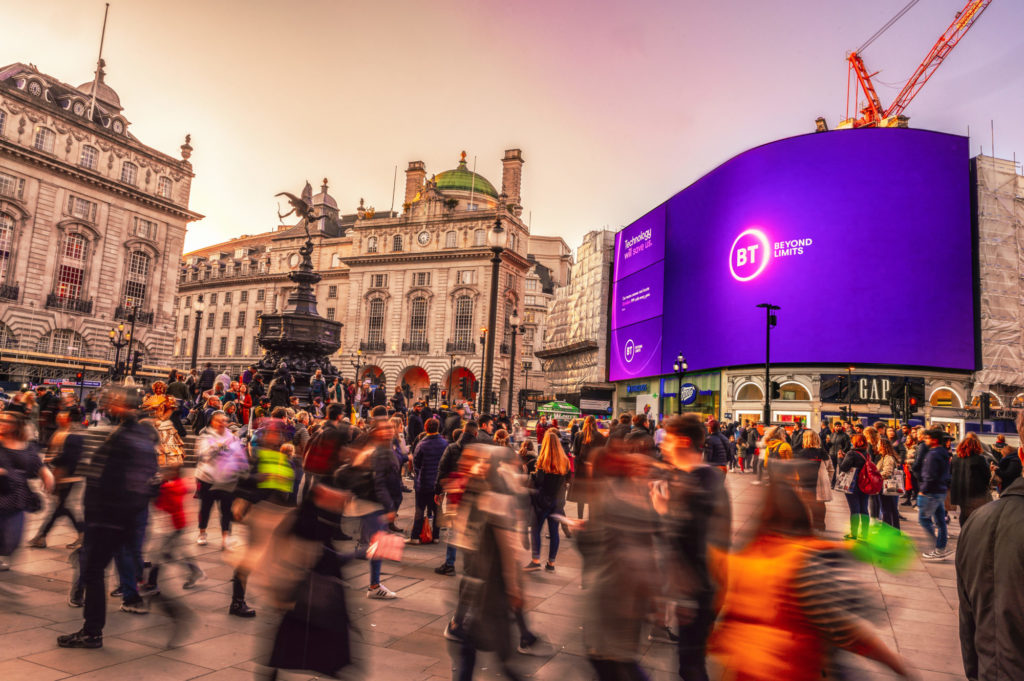 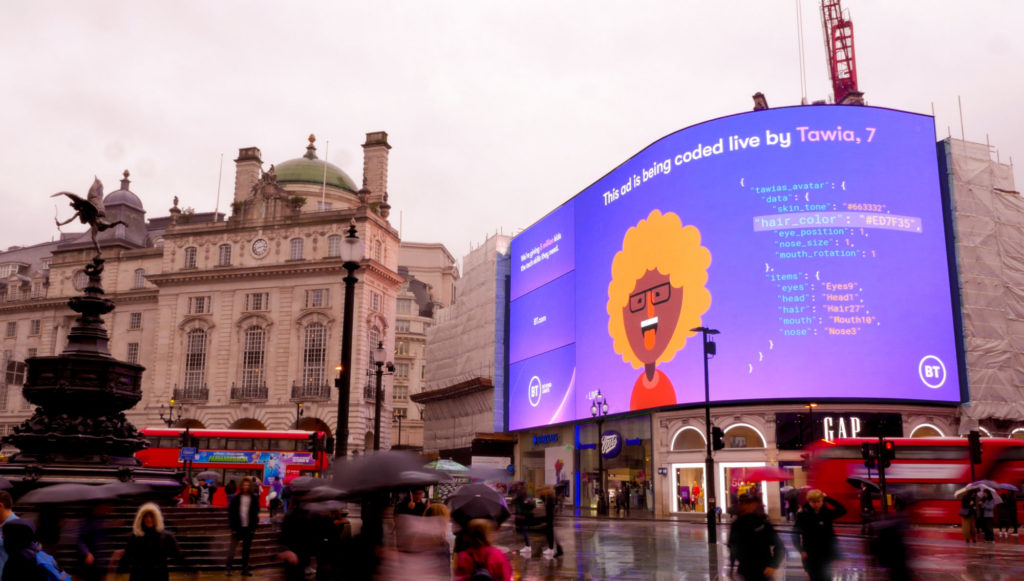 Pupils experimenting with code and technology livestreamed their adverts onto the world famous Piccadilly Lights in London yesterday (October 24).

Supported by BT, the London school children used a coding app on a tablet to live stream their avatars directly onto the large format Piccadilly screen, changing the words and tinkering with the code in real time as their individual avatars took over the entire big display.

The Piccadilly Lights are managed by Ocean Outdoor on behalf of Landsec.

Director of Ocean Labs Catherine Morgan said: “This is the first time a live coding streaming has happened on the Piccadilly Lights. Children love to experiment and when they saw things happening live on the screen there was a real sense of excitement.”

BT Beyond Limits is helping more than five million children across the UK to code. The Piccadilly event was created by Saatch & Saatchi and POKE and planned through Posterscope. You can watch the video here.

Piccadilly Lights is the largest outdoor advertising screen in Europe and one of London’s most photographed tourist attractions.