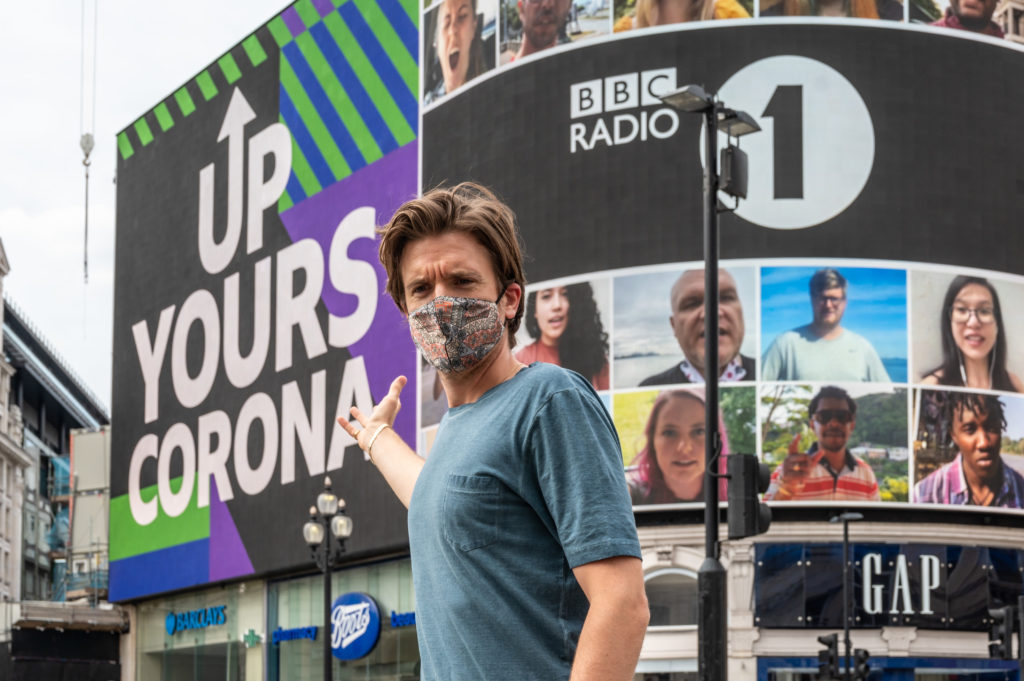 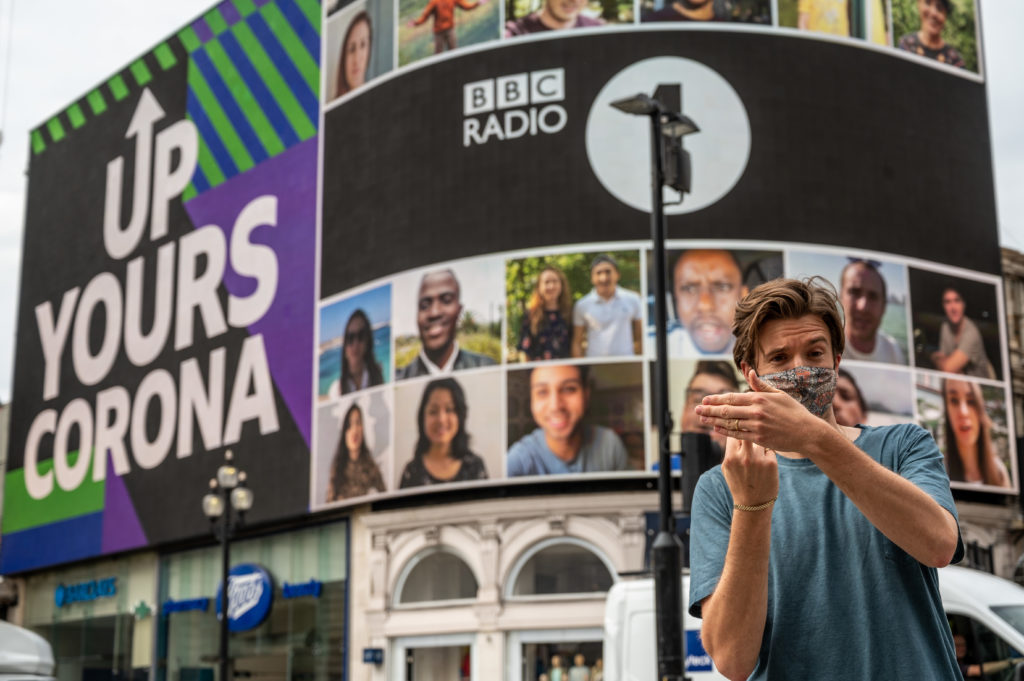 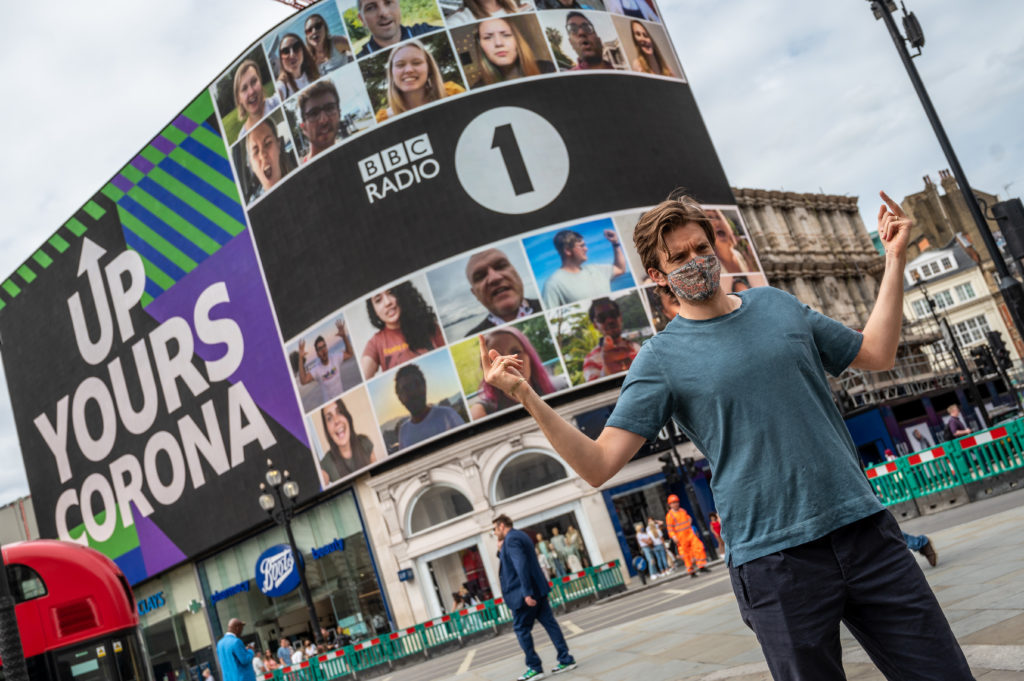 The world famous Piccadilly Lights in London has become the nation’s noticeboard during the Covid-19 pandemic, carrying a series of supportive, positive messages and content to help lift the country’s mood.

Today (July 29) it was the turn of Radio 1 to take centre stage, delivering a global message which underlines the fact that even though the UK has had it tough, the pandemic is affecting all corners of the world.

Led by Breakfast Show presenter Greg James, Wednesday morning saw Radio 1’s final push to reach its challenge of getting all 193 countries saying “Up Yours Corona” in their own language on the BBC station.

It was a tough mission, but by 10am Radio 1 had smashed its 193 target after last minute contributions from Guinea-Bissau, Tuvalu and Lance, a construction worker in Mauritania.

At that moment, the Piccadilly Lights carried the big campaign reveal – a 10 minute takeover featuring a mosaic of individual listeners from around the globe each delivering their personal version of “Up Yours Corona”.

Reporting live from Piccadilly into the BBC Studio, DJ and TV presenter Clara Amfo said: “I’m in the middle of Piccadilly Circus and Europe’s biggest advertising space has a massive Up Yours Corona message. It’s so funny to see all the people staring up and taking their selfies. It’s amazing. A big up to everyone, it’s so cool.”

Greg also popped down to Piccadilly Lights to take his own selfies with the screen, which he called “the world’s best website”.

The screen space was provided by Landsec, which owns the Piccadilly Lights, and Ocean Outdoor, as part of Ocean’s ongoing broadcast content partnership with the BBC.

Ocean Outdoor head of content and sponsorship Kevin Henry said: “What better way to unite the world and show that we are stronger together. The power of the Piccadilly Lights to shine through, uniting people in times of uncertainty through their stories, continues.”