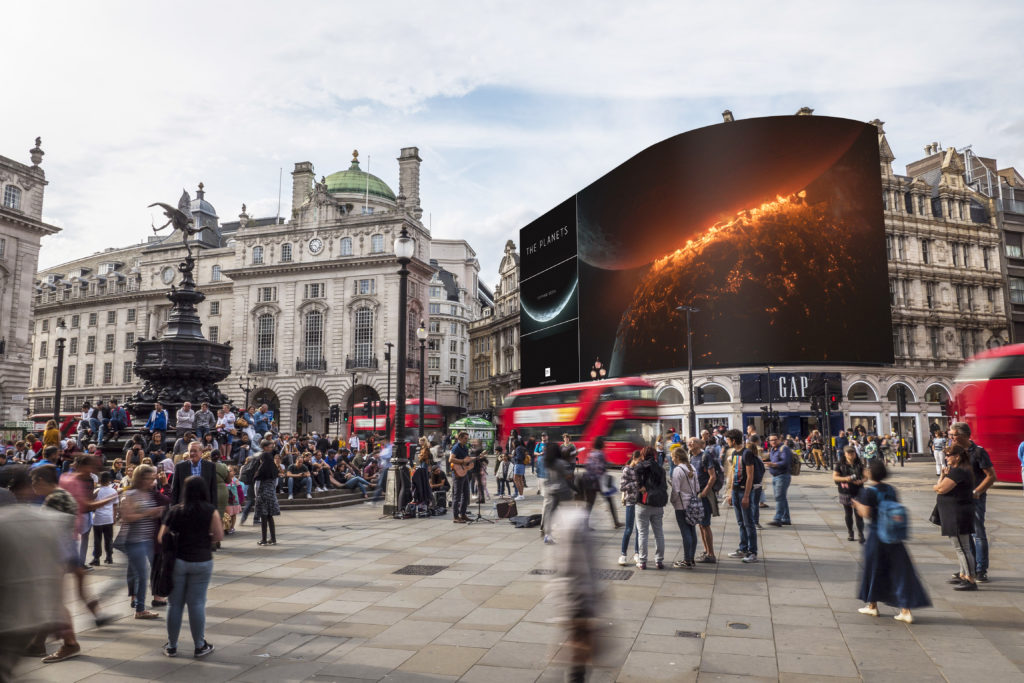 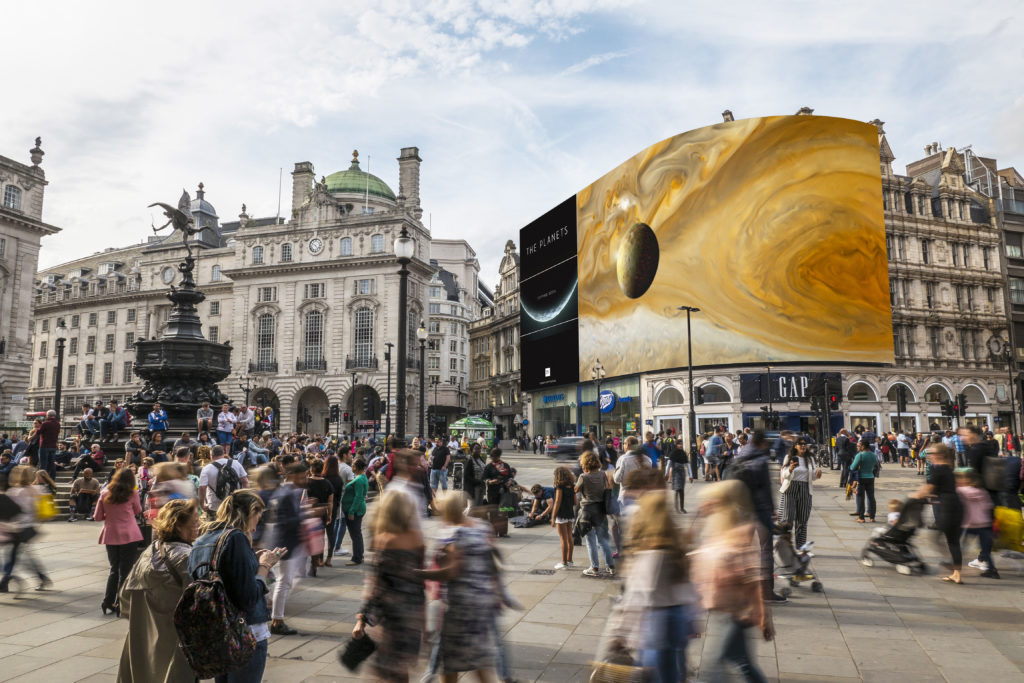 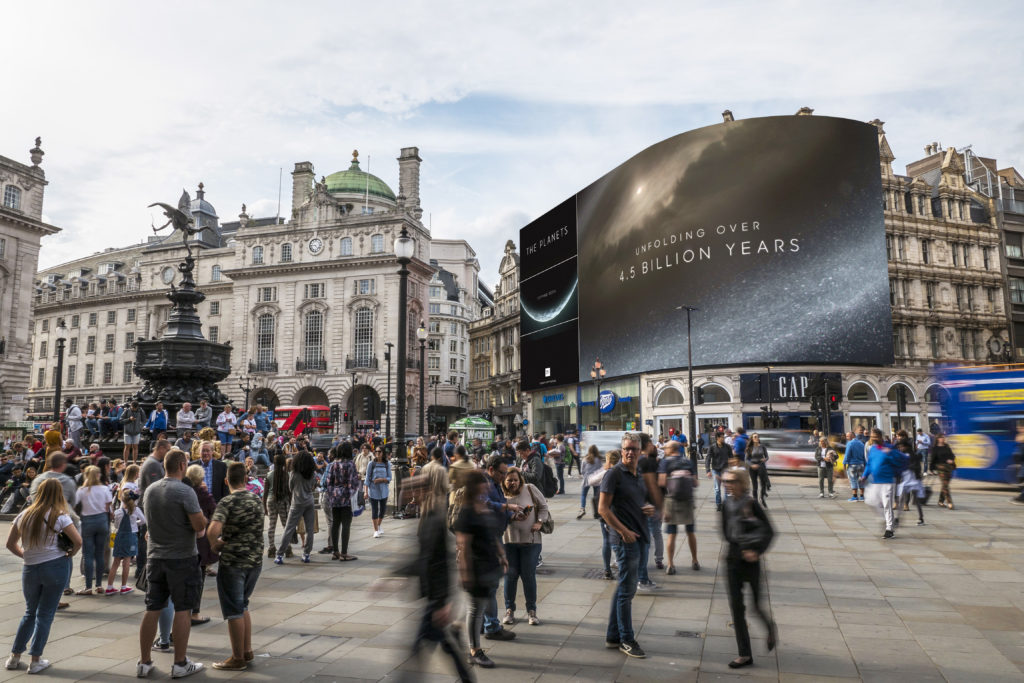 Epic content from The Planets, a ground-breaking new BBC science series presented by Professor Brian Cox, is being showcased on the iconic Piccadilly Lights screen in collaboration with Landsec and Ocean ahead of its TV transmission.

The story of the new BBC Two series uses the most accurate and detailed imagery of our solar system ever produced, bringing each of the worlds vividly to life. It was made in association with Academy Award winning VFX company Lola Post.

Dramatic sequences featuring Neptune, Mars and Jupiter will appear on the huge Piccadilly Circus advertising screen, which is owned by Landsec, over the next seven days.

Ocean head of content and sponsorship Kevin Henry said: “Taking the BBC’s content and projecting it at scale on a globally recognised advertising space is a milestone moment in both TV science and digital out of home.

“Ocean’s partnership with BBC Studios reflects our ambition to use digital out of home in inspirational and educational ways, demonstrating perfectly the impact and power of iconic screens and broadcast when they are brought together. This is drama on a planetary scale and a striking spectacle for outdoor audiences.”

The Piccadilly Lights are marketed and operated by Ocean on behalf of Landsec. The digital content concept was designed by Ocean and the 4K display solution was designed and manufactured by Daktronics.

The Planets, a 5×60’ BBC Studios Productions with NOVA and WGBH Boston for BBC, PBS, is co-produced by Tencent Penguin Pictures and is an Open University partnership.

The Executive Producer is Andrew Cohen, and it was commissioned by Patrick Holland, Controller, BBC Two and Tom McDonald, Head of Commissioning, Natural History and Specialist Factual.