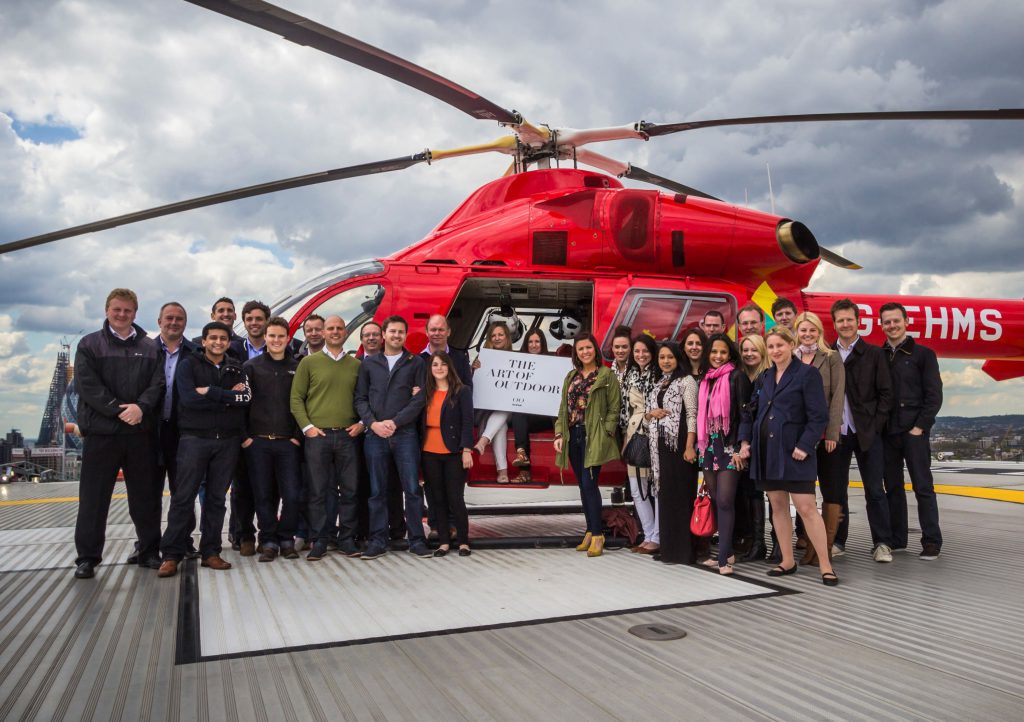 The Ocean Team in front of the Air Ambulance Download

Ocean is launching a £250,000 digital out of home campaign across its large format London screens to help London’s Air Ambulance, the charity that delivers an advanced trauma team to critically injured people in London, raise funds for an urgently needed second emergency medical helicopter.

Adverts asking Londoners to support the charity, which has treated more than 32,000 critically injured people since its inception, will appear across Ocean’s premium network of Digital locations including Canary Wharf, Westfield London, Hammersmith and Ocean’s Eastern Lights’ screen. London’s Air Ambulance currently operates just one helicopter to cover the 10 million people that live, work and visit London daily.  In 2014 the London’s Air Ambulance helicopter was offline for maintenance for 55 days.  The charity’s ‘Your London, Your Helicopter’ campaign is aiming to raise £4.4 million to acquire and sustain a second helicopter and to extend its daylight flying hours for five years. The perfect alignment of the two organisations demonstrates why London’s Air Ambulance benefits so strongly from the exposure – iconic digital out of home locations, that can be seen from the air, promoting an iconic and imperative piece of London’s infrastructure.

Ocean Head of Marketing Helen Beacham said: “Our goal is to ask generous Londoners to help reach the £4.4 million target needed by London’s Air Ambulance to acquire and sustain a second helicopter.”

“Hundreds of Londoners owe their lives to this life saving charity. It’s an incredibly worthy cause which will benefit people for years to come. We urge the wider media and advertising industries, and the people of London, to get behind this vital service and give what they can.  Please text HELICOPTER to 70800 to donate £5 or visit yourhelicopter.london to donate online.”

Specific data which reflects how many patients the London’s Air Ambulance advanced trauma team has treated in each Borough will run across Ocean’s digital locations, using that local relevance to help drive awareness and donations.

London’s Air Ambulance was formed in 1989 following a report by The Royal College of Surgeons that said too many people were dying on the streets unnecessarily.  The charity has remained at the forefront of medical innovation, delivering pioneering procedures, including roadside open-heart surgery, anaesthesia and blood transfusions that have been adopted throughout the world.

Charles Newitt, Chief Operating Officer at London’s Air Ambulance said: “We treat six critically injured people a day yet many in London don’t know that we are a charity, not to mention the need for a second emergency medical helicopter. We are very grateful to Ocean Outdoor for helping us get the ‘Your London, Your Helicopter’ message to people across London.”