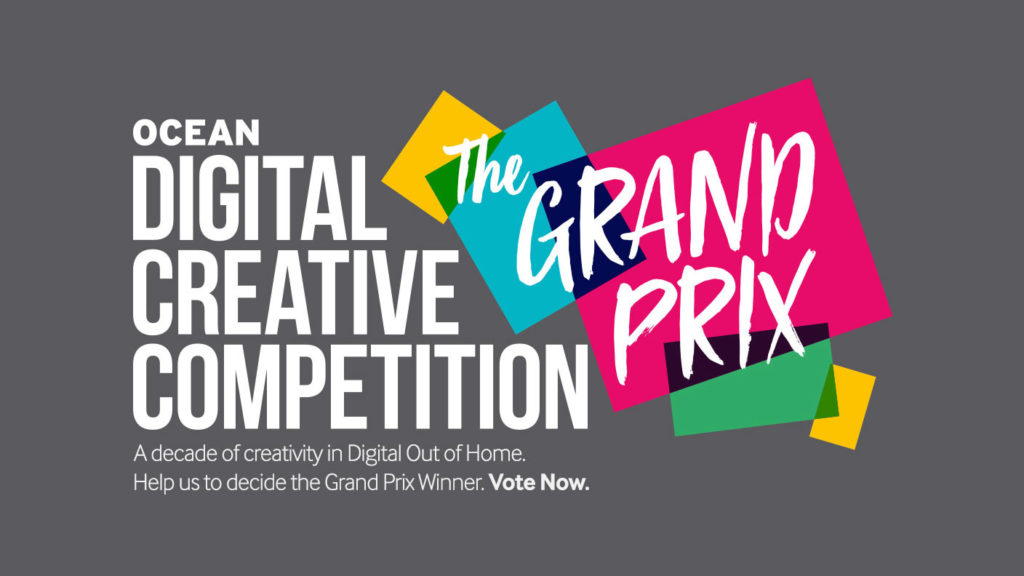 It’s time to vote for the campaign you believe deserves to be crowned the Grand Prix winner of Ocean’s annual digital creative competition.

To mark 10 inspirational years of outstanding creativity, we want to find the Grand Prix winner of the past decade.

There are 23 incredible nominees to choose from, all of them drawn from past competition winners.

Each nominee illustrates just how far digital out of home creativity has come since Ocean first launched its awards programme back in 2009.

The Grand Prix line-up includes concepts which have gone on to win multiple other global accolades, including four prestigious Cannes Lions.

Ocean’s competition was established to encourage and progress new possibilities in screen advertising at a time when pioneering technology was transforming the medium from static to subtle motion, full motion, interactive, immersive and experiential – and now full blown, broadcasts and live streaming.

In 10 years, Ocean has powered multiple success stories for visionary brands, creatives and agencies who have shown the world how closely aligned DOOH is with other progressive technologies and how fully integrated the medium is with wifi, augmented reality, 3D modelling, face and vehicle detection technologies.

The name of the Grand Prix winner will be announced at the Cannes Lions Festival in Cannes on Wednesday, June 19 when we will also be launching the 10thdigital creative competition.

All your Grand Prix votes need to be cast by Friday, May 10.