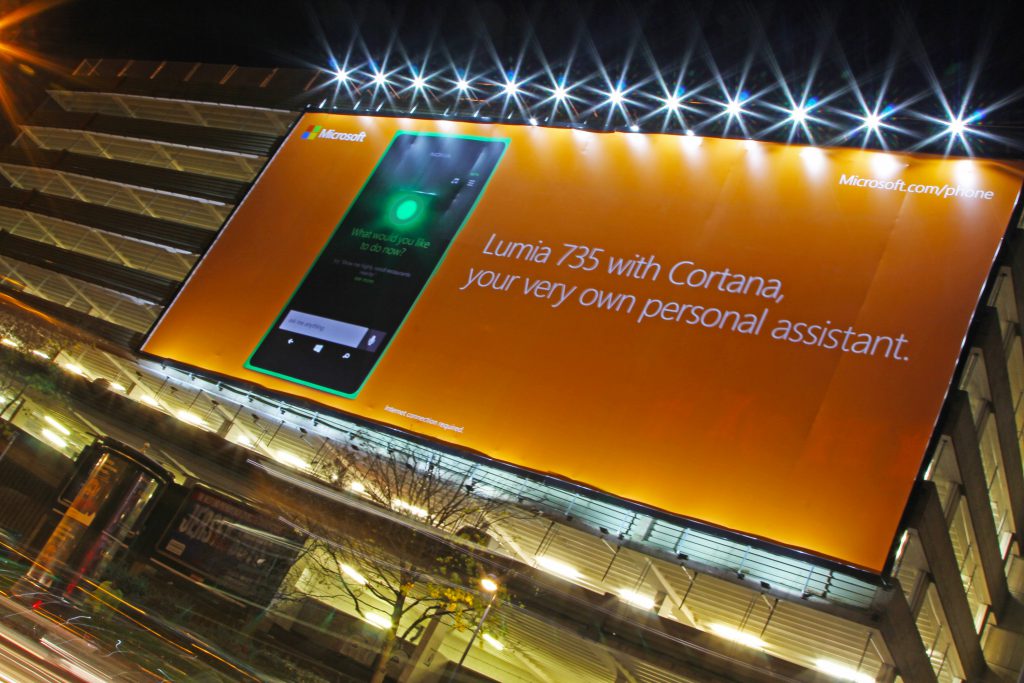 In December Ocean Labs launched a new campaign showcasing the very latest in combining digital technology and Out of Home.

“The Microsoft Cortana campaign needed to stand-out in the dark winter nights and introduce a new Windows Phone icon to audiences. Ocean Labs collaborated from the start, seeming taking the idea from concept to production. As with all of our work together, Ocean Labs brought creativity and activation to the table to create an impactful execution to our campaign.”

The Banner 500 is a 500m2 advertising canvas in the very heart of central Birmingham generating 645,000 impacts per weeks.