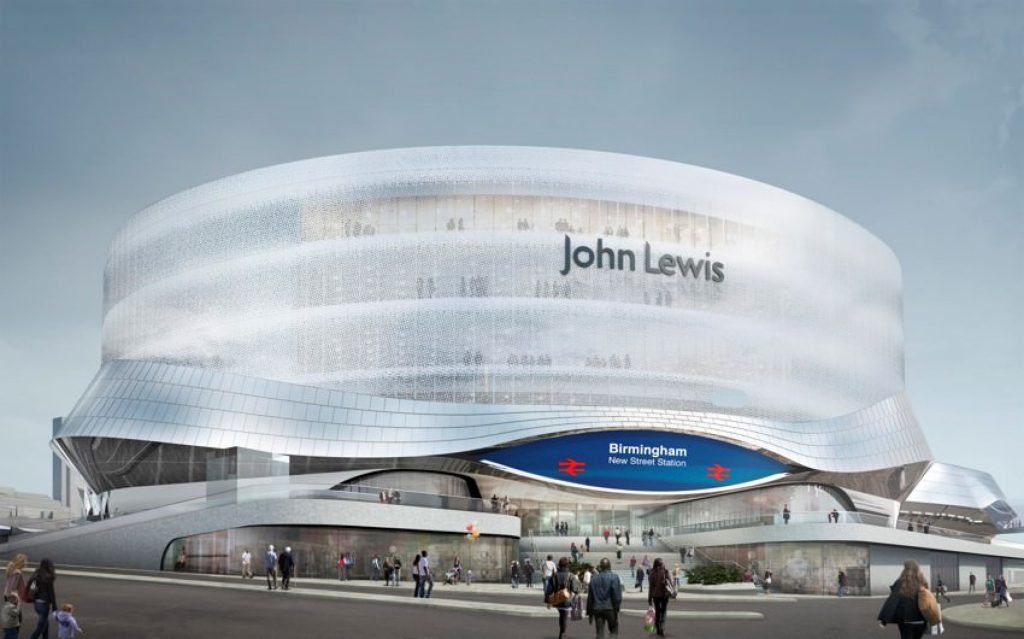 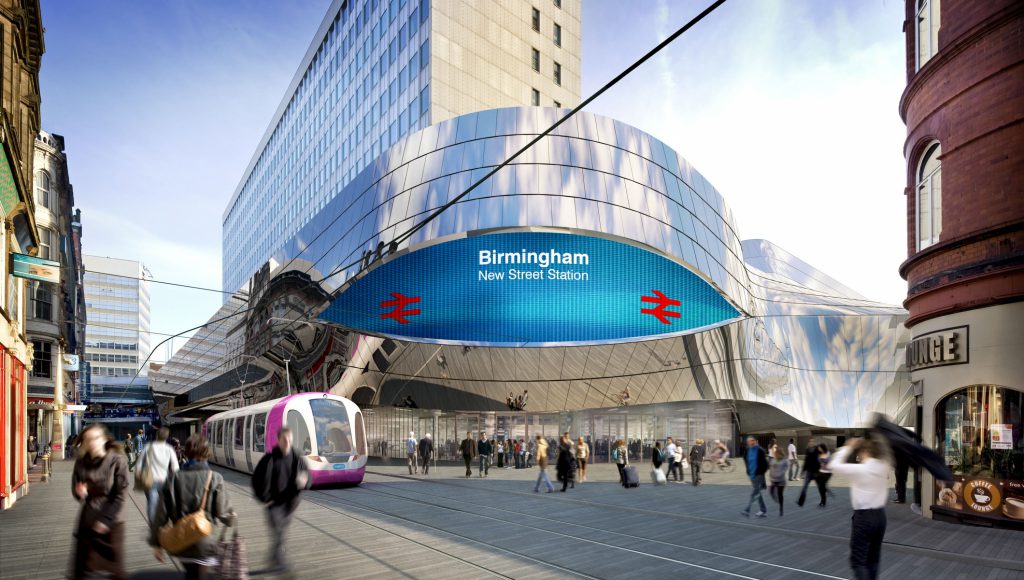 In its first landmark deal with Network Rail, Ocean Group has been chosen as the provider of the three Media Eyes which will dominate the main entrances to the new Birmingham New Street Station which opens this September.

Part of the £200 million investment in Birmingham’s infrastructure, the agreement is Ocean Group’s first major contract win since the acquisition of Signature Outdoor last year. The Media Eyes will be sold by Ocean Outdoor and will be fully operational in autumn 2015.

The three full motion digital out of home screens, which each measure 30m x 7m, sit above the main entrances to Birmingham New Street and the John Lewis flagship store, part of the Grand Central shopping centre which also opens this September. The project forms part of one the UK’s biggest city centre redevelopments.

The selection criteria to find a partner to design and operate the Media Eyes was based on commercial viability, architectural merit, technical ability and innovation, practical buildability and maintenance. The agreement was brokered by Gerry Bew, Founder of Signature Outdoor on behalf of Ocean Group.

Ocean Group CEO Tim Bleakley said:  “This multi-million pound investment is a significant addition to the Ocean portfolio in a prestige transport and retail environment. The Media Eyes will allow advertisers to reach premium rail passengers, business and retail audiences in one of the UK’s fastest growing cities.

“This is a significant part of our overall plan for what is rapidly becoming one of Europe’s most dynamic and exciting cities, a city that has been identified as a beacon of what out of home and digital out of home looks like at its very best.”

Chris Montgomery, Birmingham New Street project director, said: “We are really pleased to have the Ocean Group on board for this innovative and iconic part of the project.  The Media Eyes will have full motion picture media content which will bring even more vibrancy and movement to the station.”

The media content for the Eyes will display a portion of community content as well as commercial advertising.  The screens can also be used to display station messaging in emergency situations.