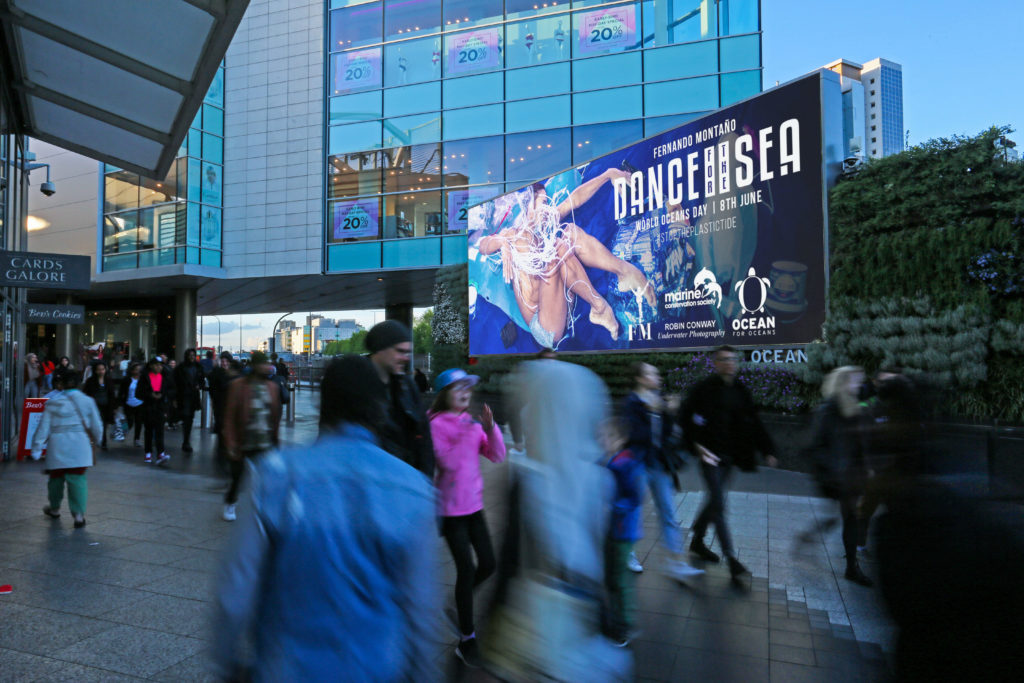 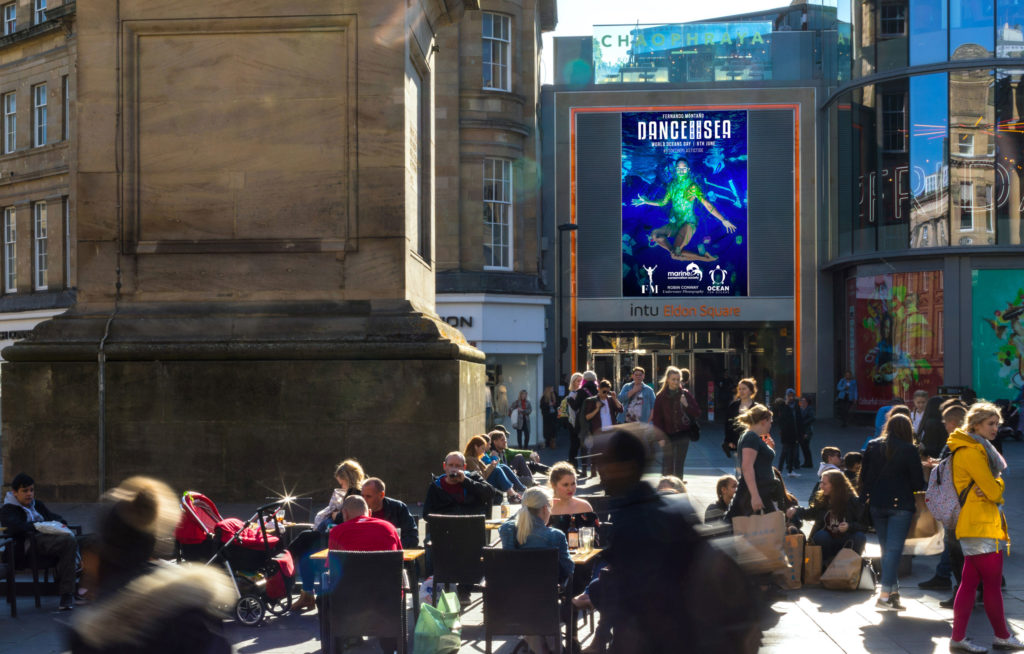 Filmed in London by the underwater photographer Robin Conway, Dance for the Sea is a new work choreographed by Montaño to highlight the disastrous pollution of the world’s oceans and waterways by plastic.

In the film and a series of photographs, Montaño is immersed under water as he moves and dances among recycled plastic art sculptures which were created by students at three London schools.

The transparent beauty of the water and contrasting plastic sculptures represent conflicting scenes between nature and pollution across the planet.

As part of its Ocean for Oceans initiative, Ocean sponsored the filming of the underwater dance performance in London and introduced Montaño to its charity partner, the Marine Conservation Society.

Previews of Robin Conway’s photographs and clips from the film will be showcased on Ocean’s Grid network and other screens across Glasgow, Birmingham, London, Manchester, Newcastle, Edinburgh, Liverpool and Leeds from World Oceans Day on June 8 until June 10.

Fernando Montaño said: “Our generation may still be able to enjoy the beauty and mystery of the sea, but it is possible that the next one will never really know that we once had the most incredible seas and oceans full of the most incredible animals.

“Being able to communicate an important message at scale across Ocean screens brings new depth and scale to this performance, something which is very important to both myself and Robin.”

Ocean senior marketing executive Liliana Teixeira said: “Combining performance with unique and striking imagery to communicate a global issue really is The Art of Outdoor at its best. Dance for the Sea is the next stage in our Ocean for Oceans mission to help everyone turn the tide on plastic.”

In February, Ocean launched a limited edition fashion label in partnership with the famous eco-label design team, VIN + OMI. The apparel is made from upcycled advertising vinyl taken from Ocean’s static outdoor displays.

The charity will also benefit from proceeds raised during an exclusive show and auction, directed by and starring Fernando Montaño and Friends, to be held at the Royal Academy of Music in London on July 18.