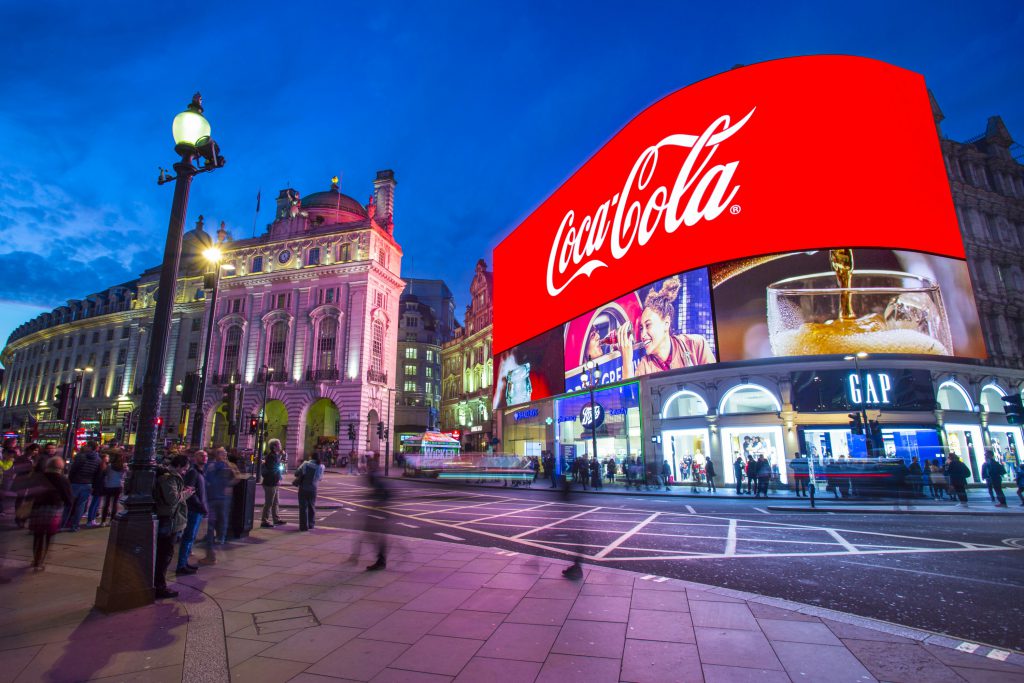 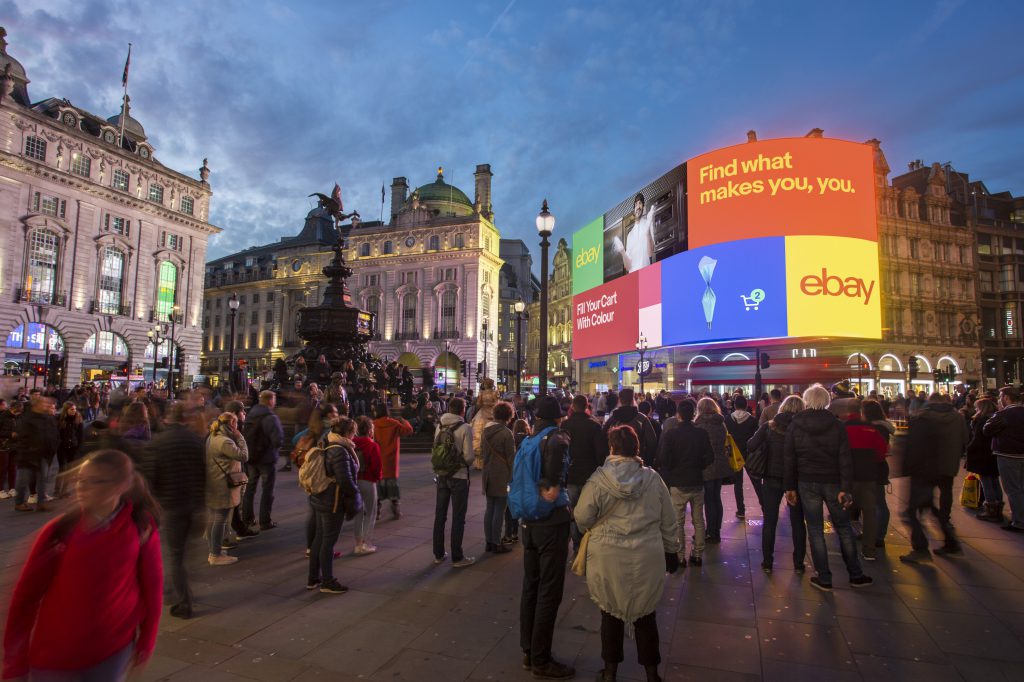 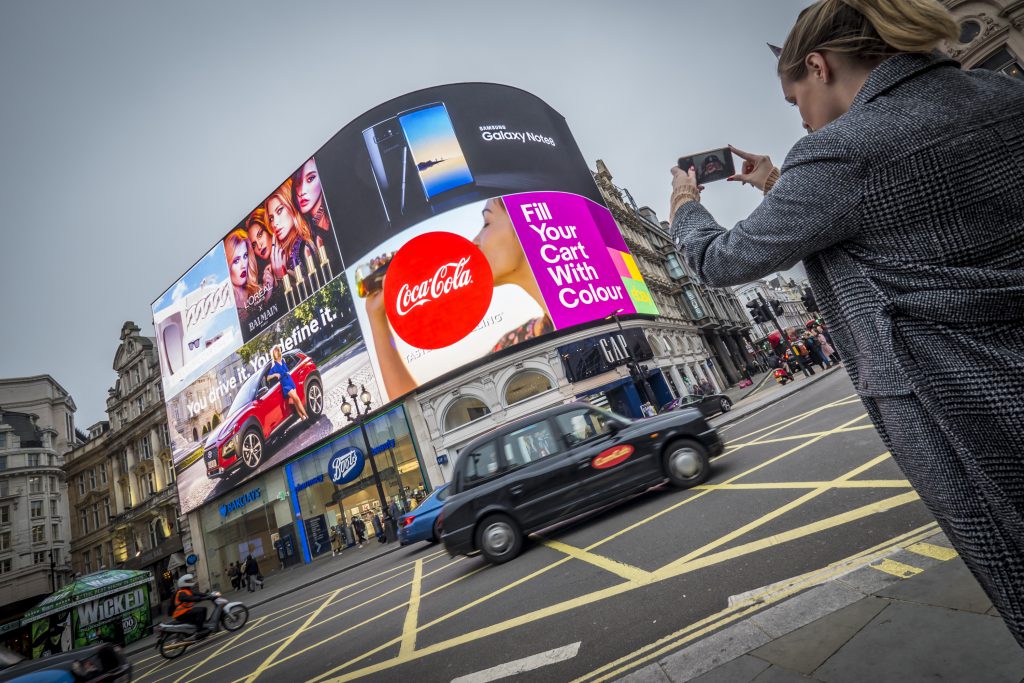 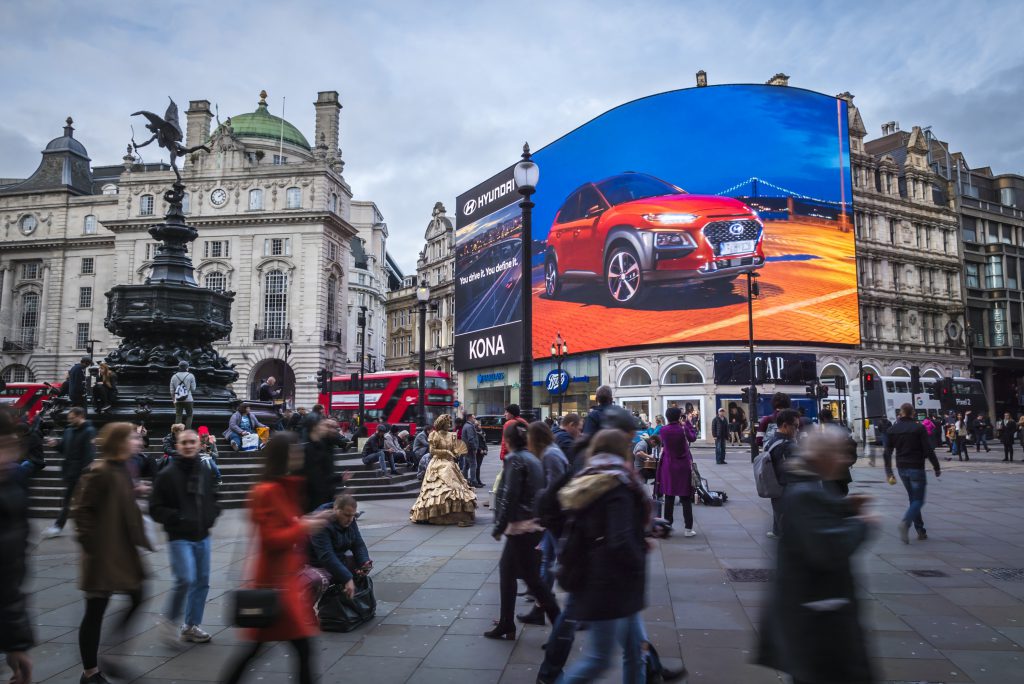 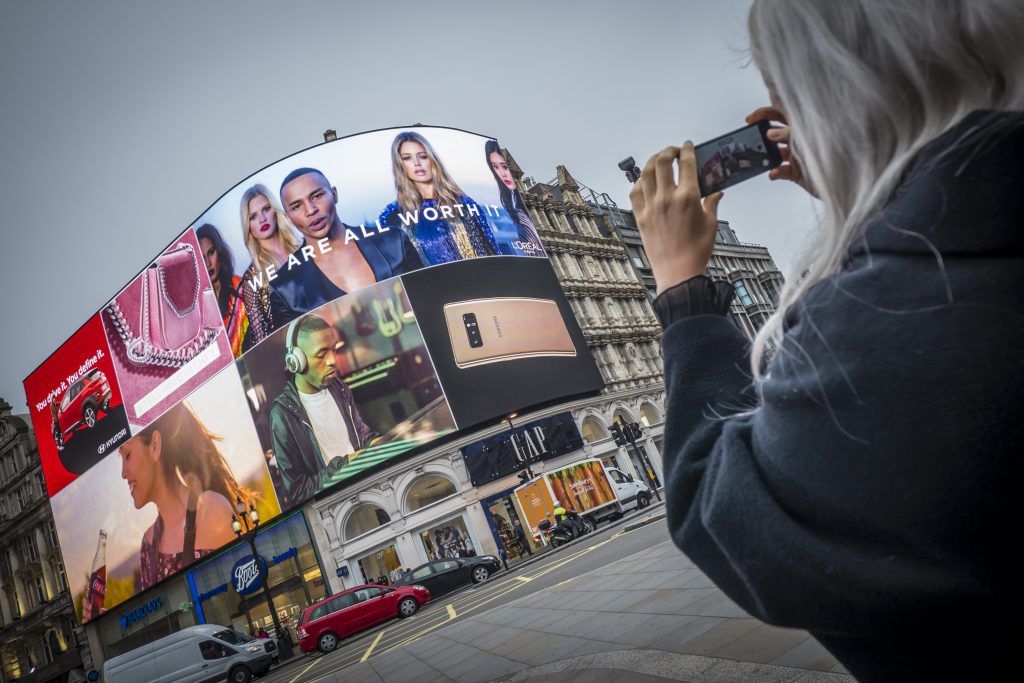 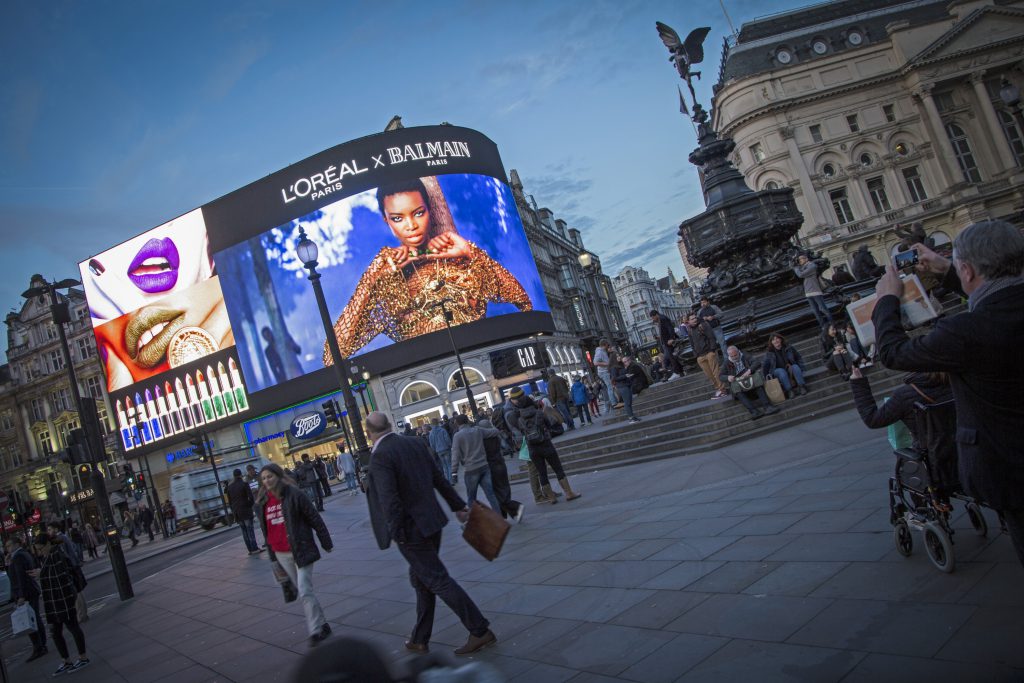 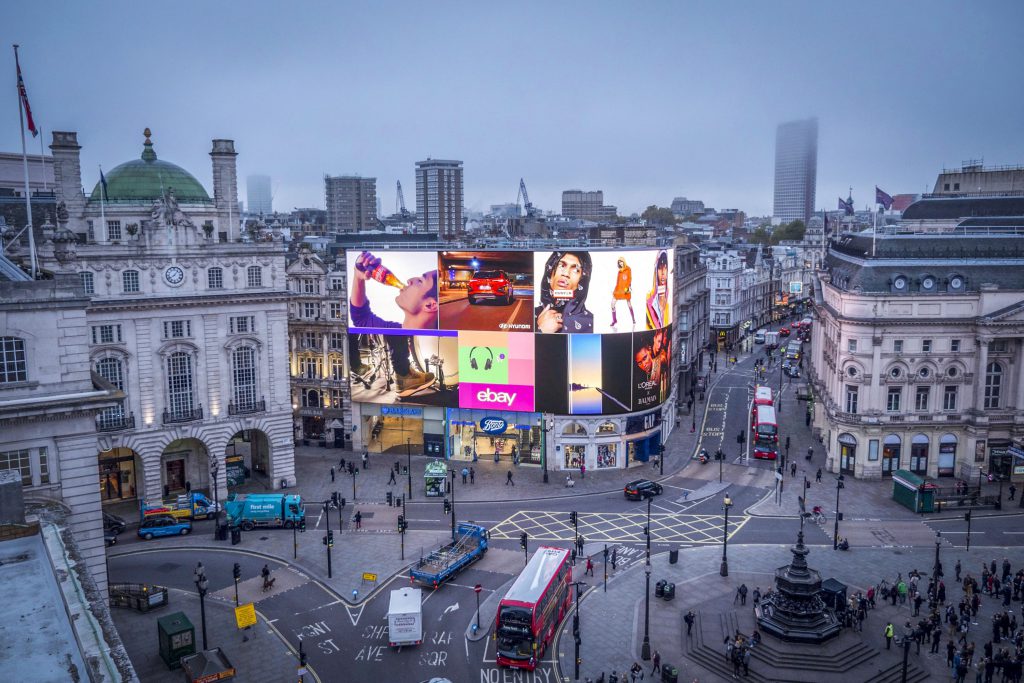 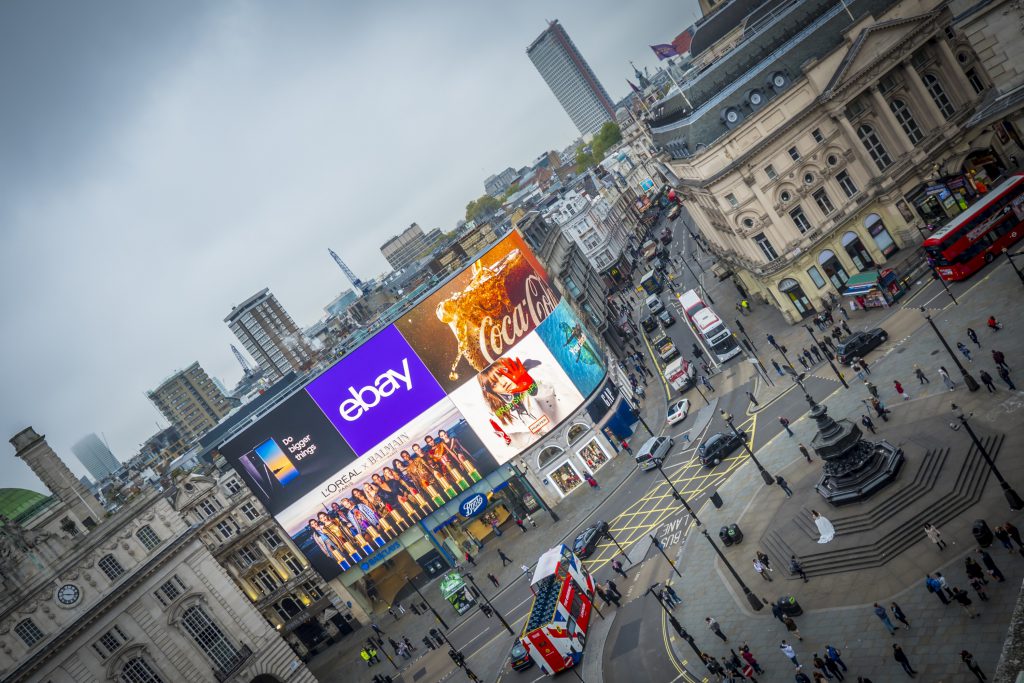 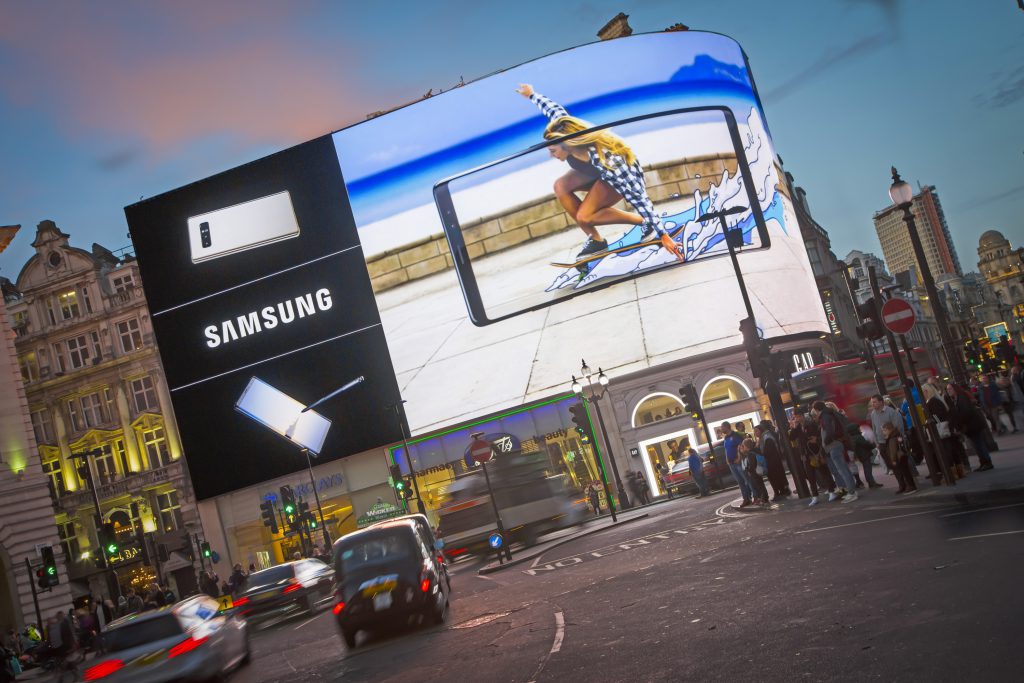 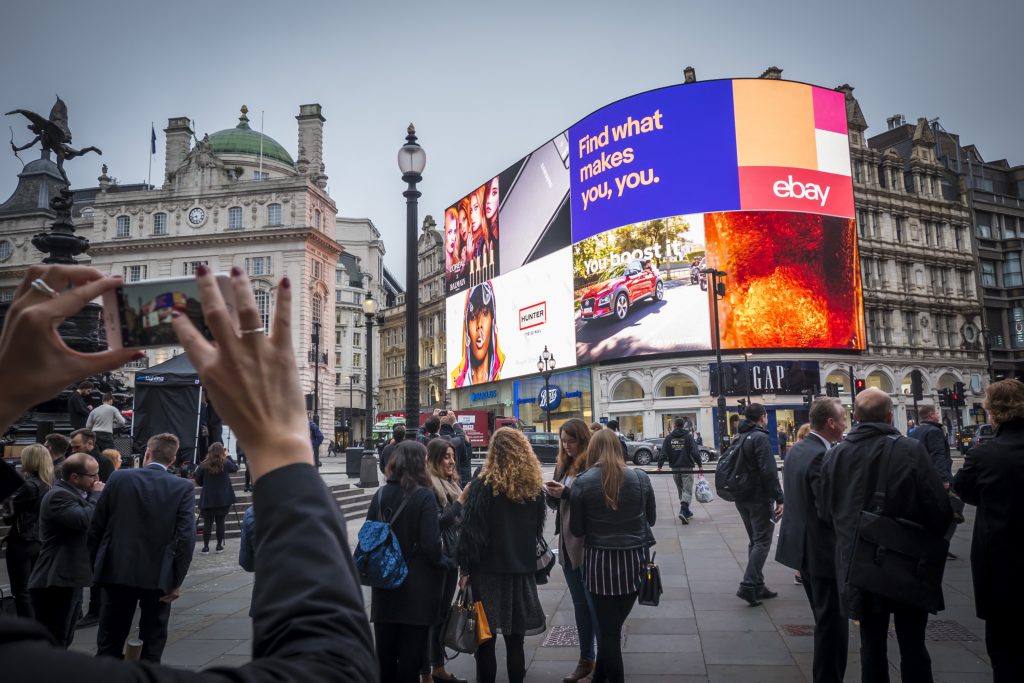 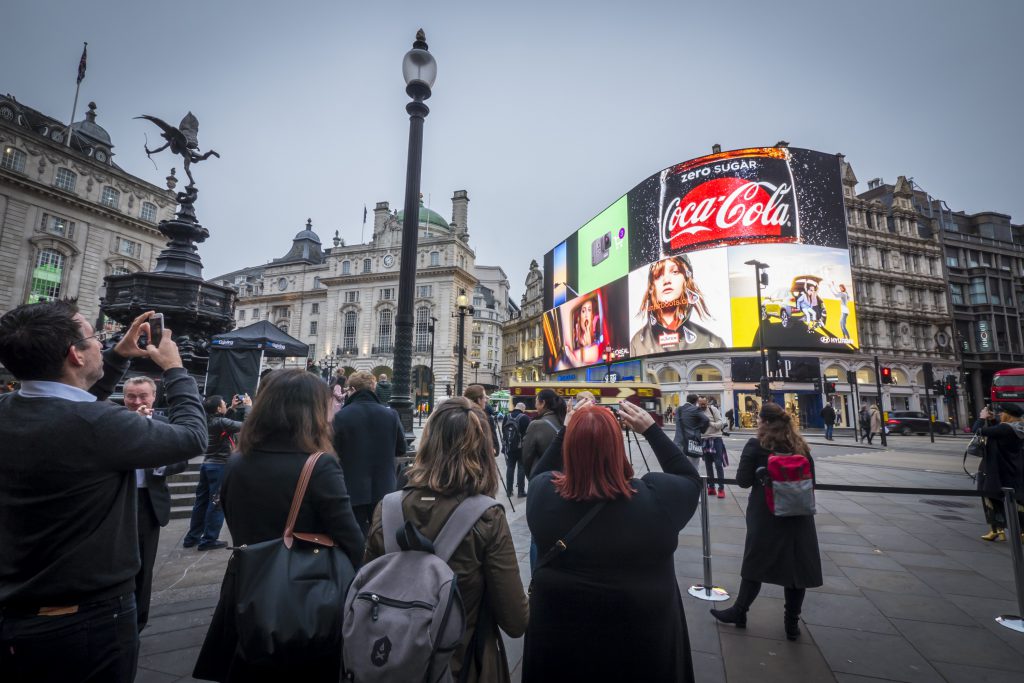 The world-famous Piccadilly Lights were switched back on at 8am today, after a nine month period of renovation. A spectacular display of colours, which were sponsored by members of the public as part of a fundraising campaign for Barnardo’s, was the first image to appear on the new screen.

Landsec, the owner of Piccadilly Lights, has replaced the original patchwork of screens with a single state-of-the-art 4K LED digital screen and live technology hub, which allows the screen to react to certain external factors, such as the weather or temperature. This feature enables brands to display creative and innovative content, such as weather-appropriate clothing. The technology does not collect or store any personal data and is unable to record images or audio.

Coca-Cola, Samsung, Hyundai, L’Oréal Paris, eBay, Hunter and Stella McCartney are now advertising on the newly-launched screen, which is managed by Ocean Outdoor.

The countdown and launch moment was streamed live across Facebook and YouTube, and the launch display will be repeated on the screens a number of times until 11.59pm on Friday 27th October. It can also be viewed at www.facebook.com/PiccadillyOn or www.youtube.com/landsecuritiesgroup

“The Piccadilly Lights have been one of London’s icons for over a century, and are an unmissable sight for the 100 million people who pass through Piccadilly Circus every year. We know people have really missed the screen while renovation work has been carried out and both we, and the brands that light up the screen, are incredibly excited to have switched the Lights back on today. We want to say a huge thank you to everyone that has been part of the #PiccadillyOn campaign, raising money for Barnardo’s.”

“Piccadilly Lights is one of the world’s most responsive, feature-rich advertising displays. Today is a major milestone in the history of Piccadilly Lights and to mark it we have a superb line-up of iconic global brands across six categories ready to exercise its creativity.”