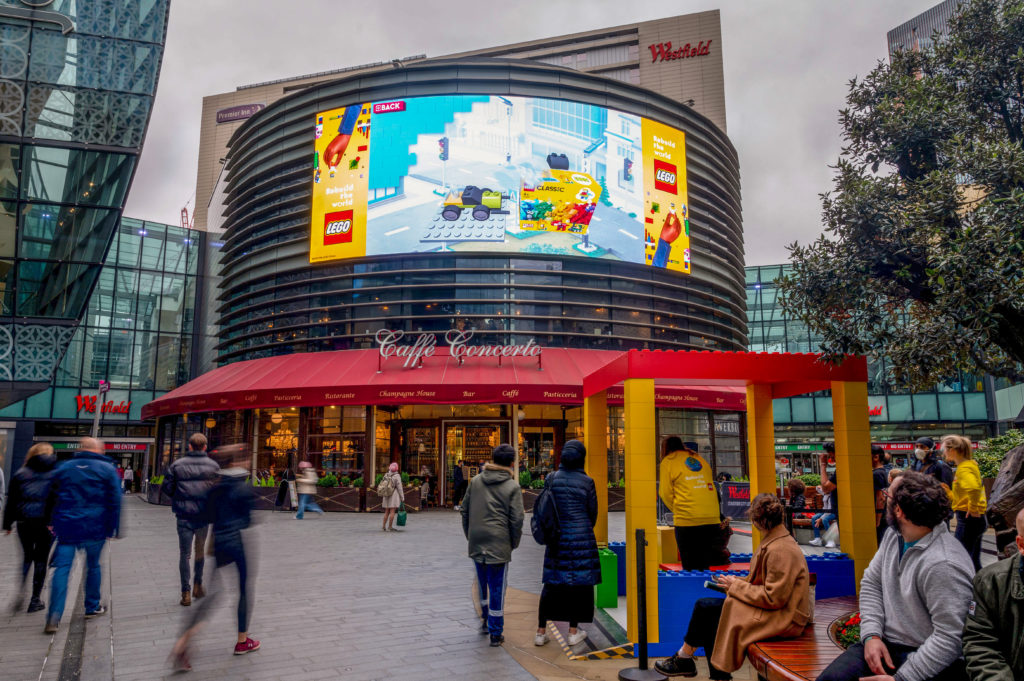 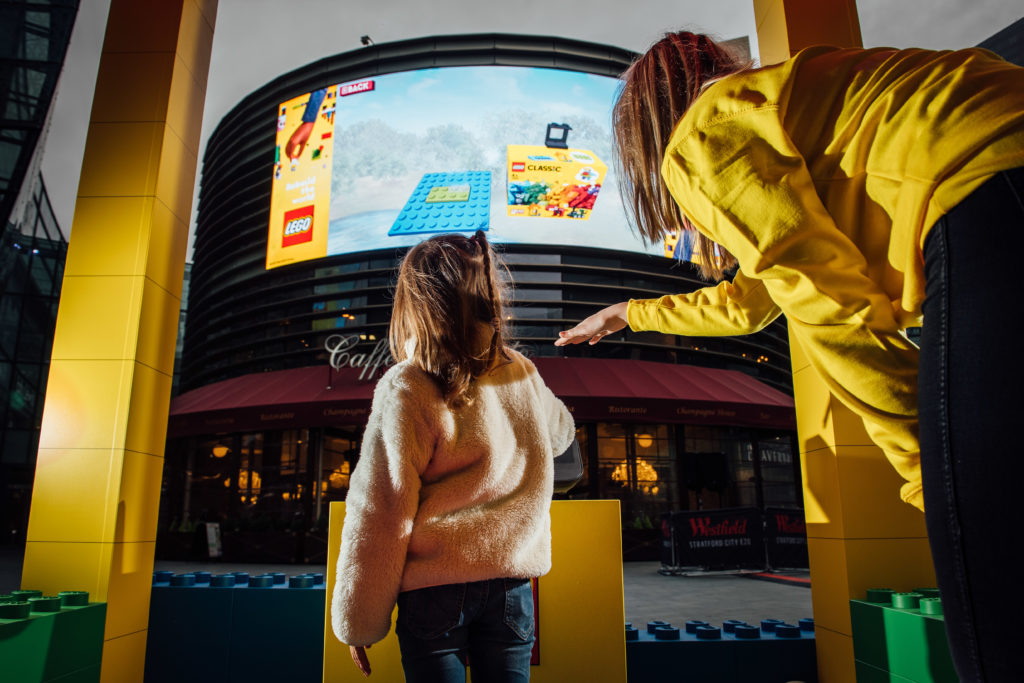 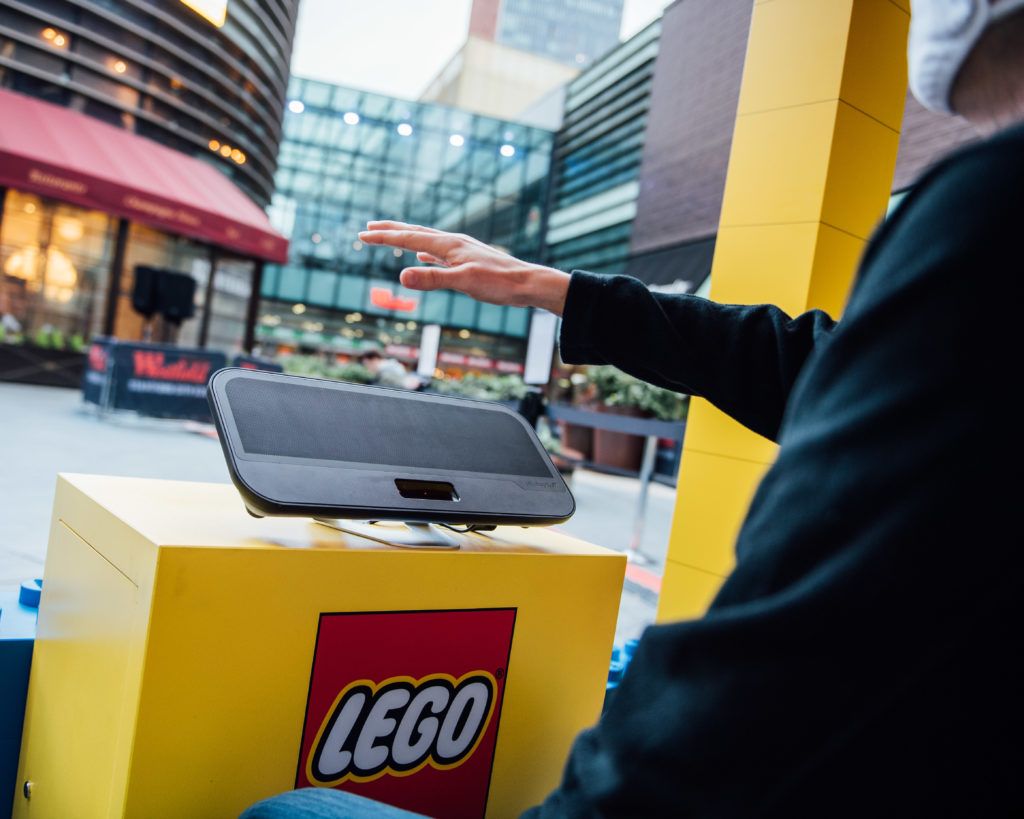 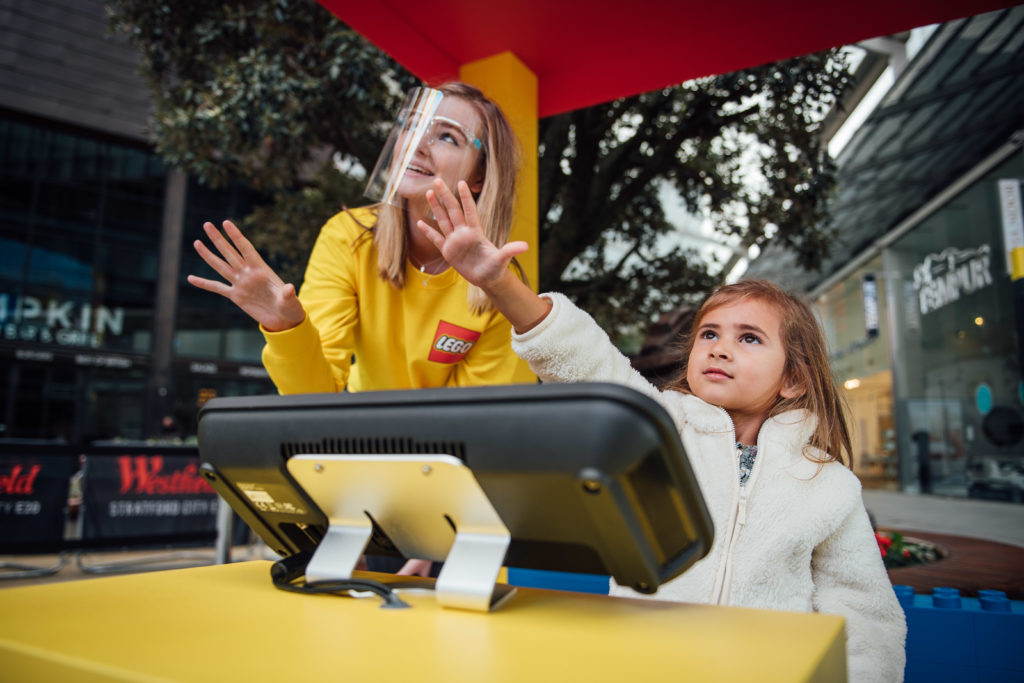 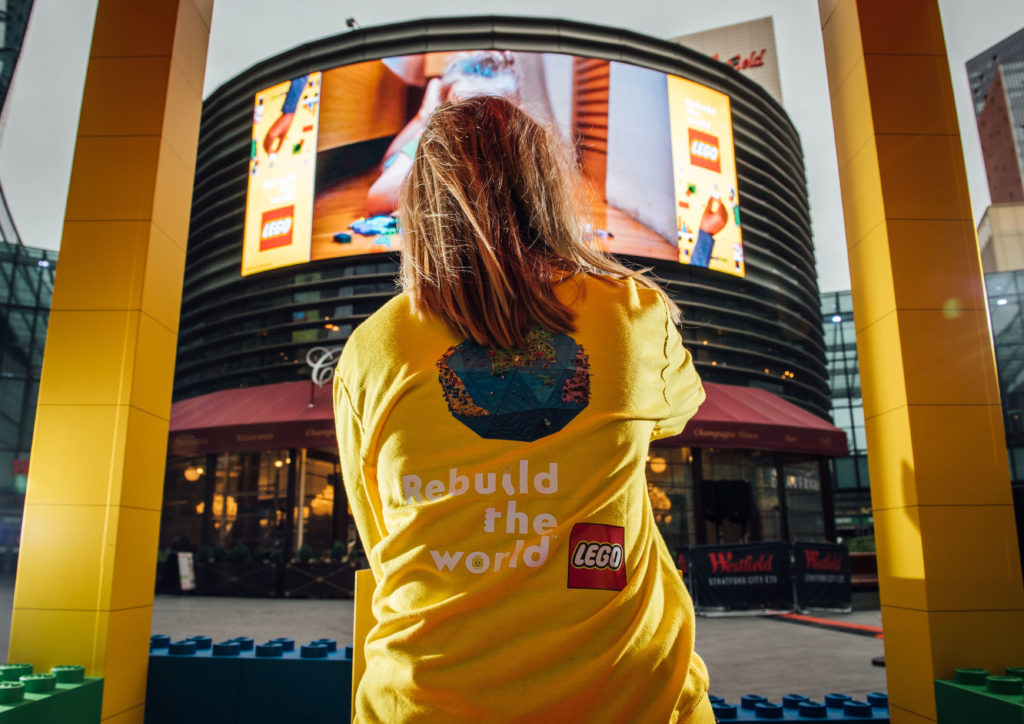 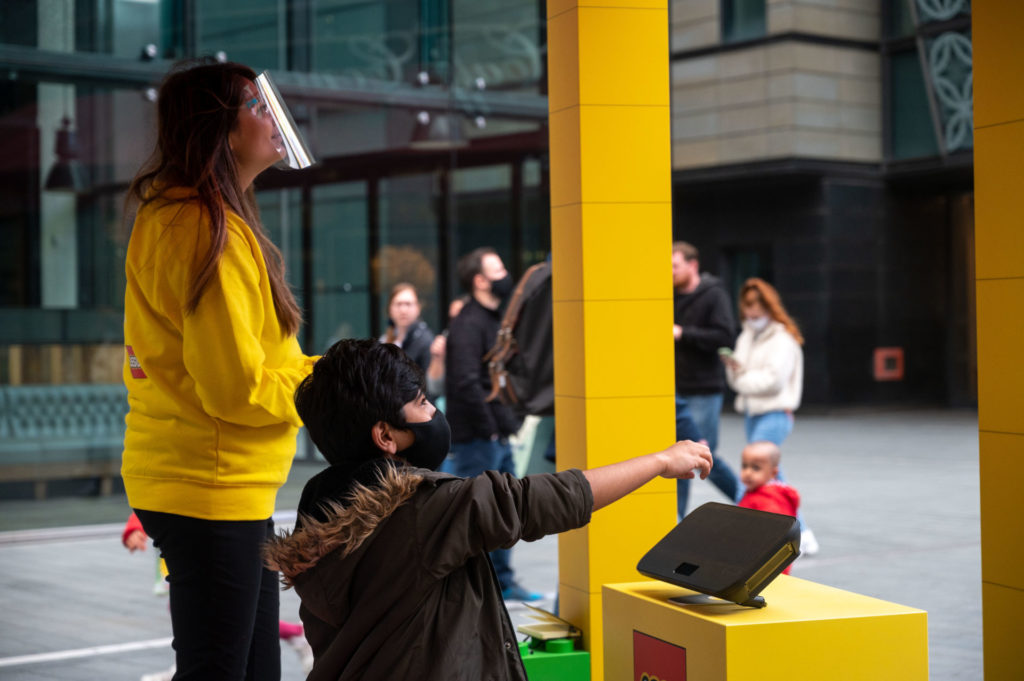 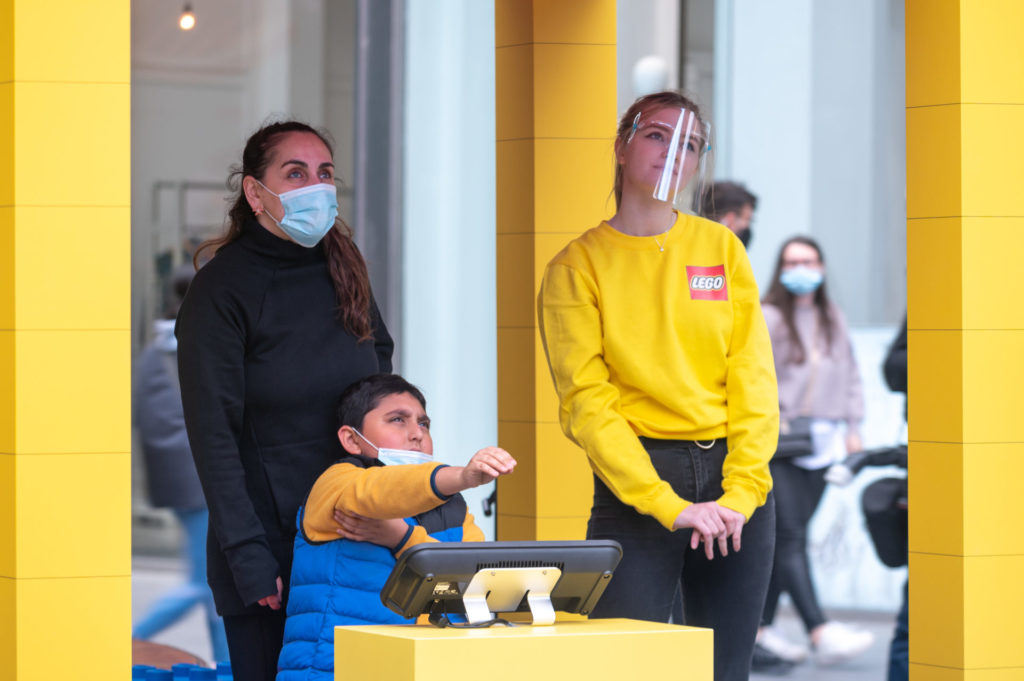 The LEGO Group UK and Ireland has used the latest advancements in touchless screen technology to create the first ever digital out of home (DOOH) immersive play experience on an Ocean Outdoor screen at London’s Westfield Stratford shopping centre.

Managed and produced by Ocean Labs, the interactive showcase used Ultraleap’s mid-air haptics technology which replaces touchscreen activity with displays and interfaces that are triggered by natural hand interactions.

The use of haptics allowed children to create their LEGO models virtually, by feeling the bricks in mid-air and picking them up on the large format Four Dials screen above them to build cars, ducks and trains.

The experience was part of the LEGO Group’s ‘Rebuild The World’ campaign, which aims to encourage children to develop and retain the skills needed for tomorrow’s world by celebrating their creative resilience and endless imagination.

Marius Lang, head of marketing, the LEGO Group UK and Ireland said: “We are thrilled to be the first company in the UK to use this new technology and create a unique way for families to showcase their creativity on such a grand scale.”

Ocean is the first, preferred DOOH media owner in the UK to work with technology company Ultraleap to facilitate of the roll out of touchless campaigns across its premium retail and city centre portfolio.

The virtual technology, which doesn’t require any wearables, is integrated into Ocean screens in key experiential spaces and deployed on a campaign by campaign basis, allowing audiences to trigger or control screen content using hand gestures instead of touch surfaces.

The experiential project was developed by Ocean Labs in association with Initiative and Rapport.

Ocean Labs senior project manager Melanie Blood said: “This was a complex special build with many moving parts, but the virtual game play showed just how creative and adaptive children are. It was exactly on brief for LEGO’s broader campaign and a great example of our partnership with Ultraleap in practice.”

Families unable to visit Westfield Stratford can contribute their own LEGO builds on a digital version of the globe by submitting them at lego.com/rebuild-the-world.