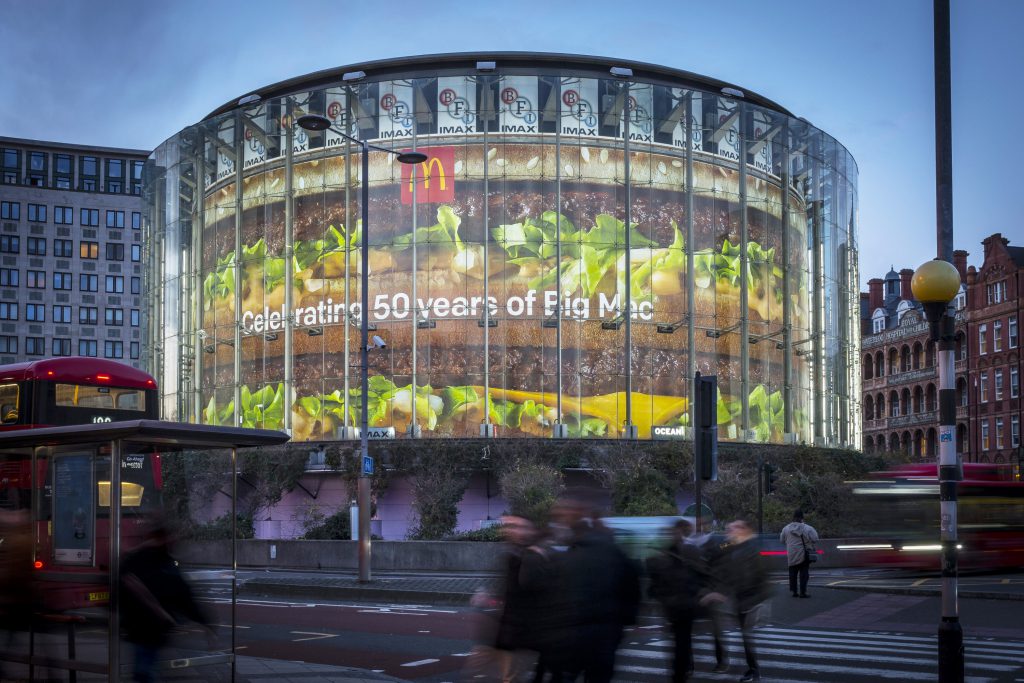 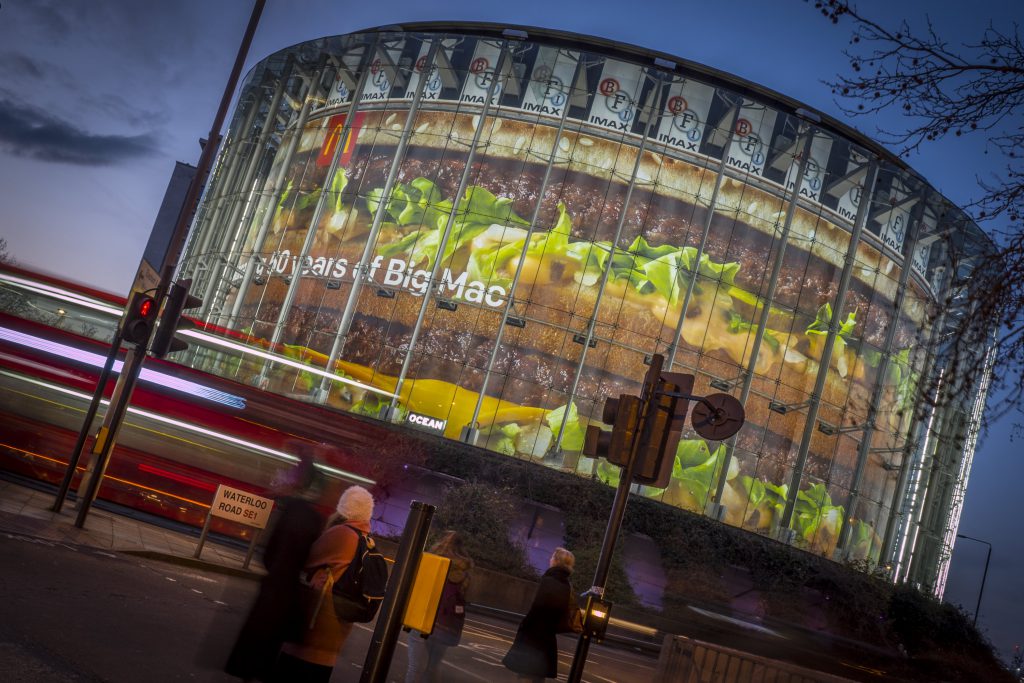 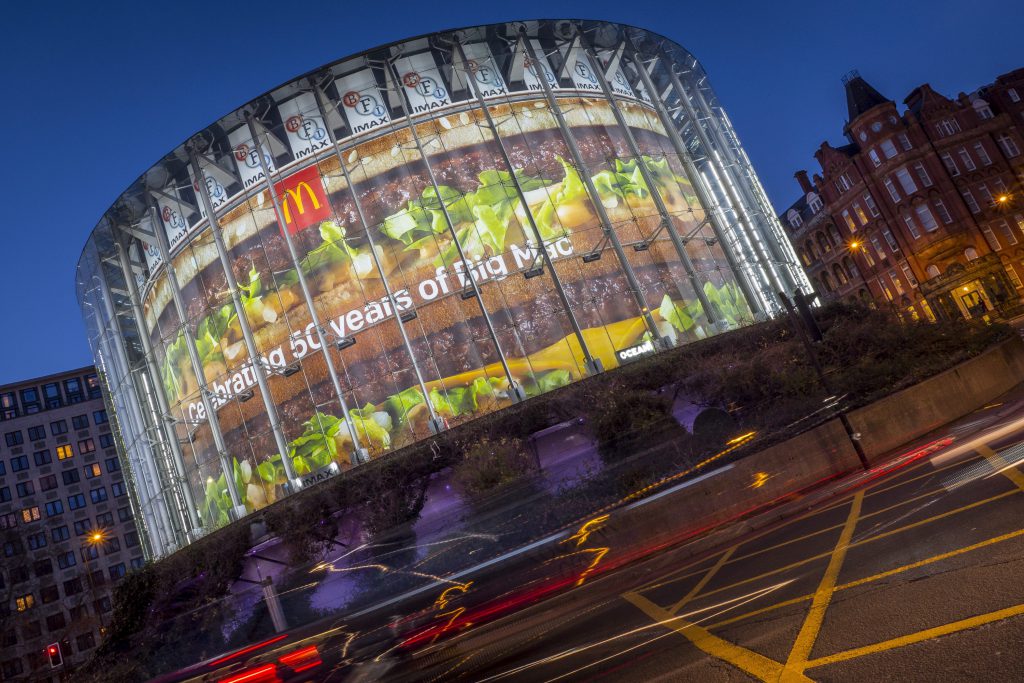 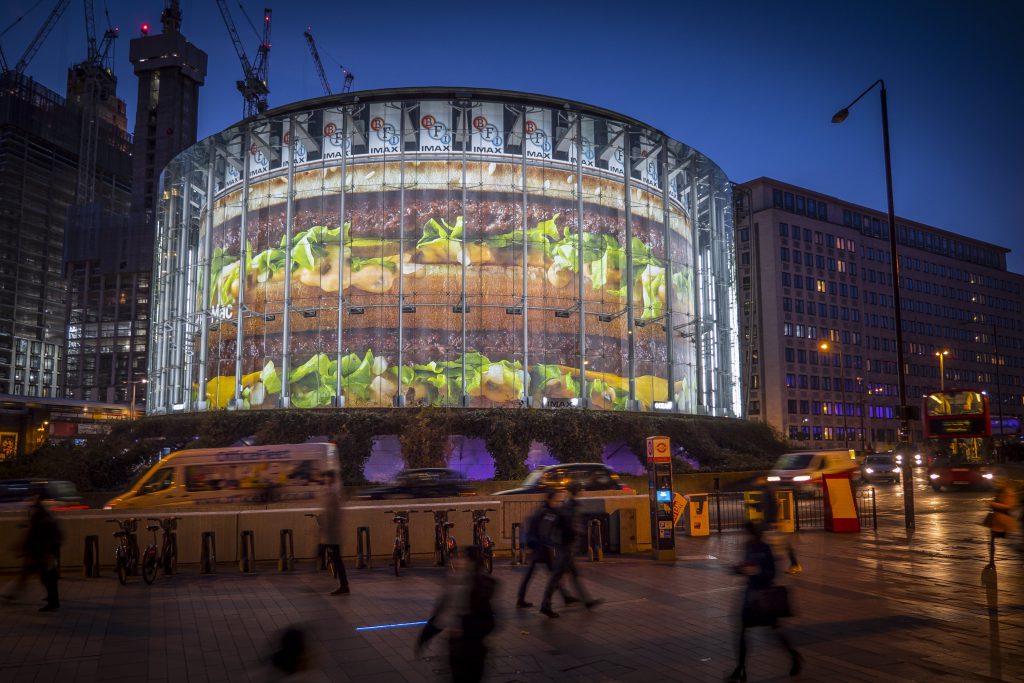 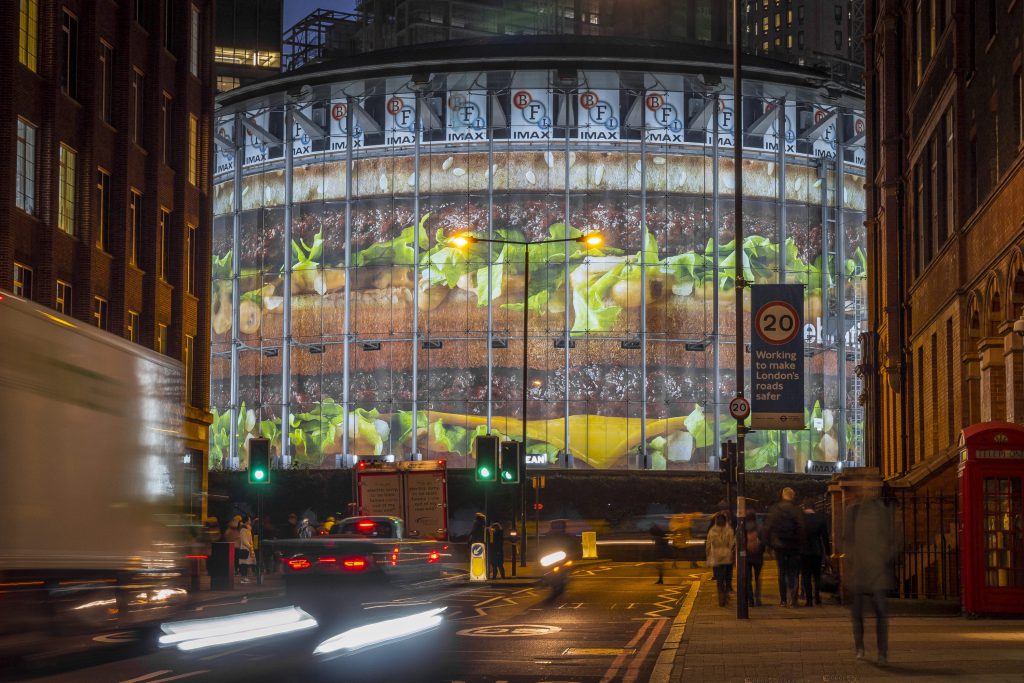 A Big Mac of the same proportions as the iconic IMAX would measure a gigantic 1,734 square metres. The spectacular IMAX display depicts the bun, the burger and all the required garnishes in its biggest form yet!

Created by Ocean Outdoor and the ad agencies Talon, OMD UK and Leo Burnett as part of the Big Mac’s birthday celebrations, McDonald’s delicious visual feast will light up London until February 25.

The Gherkin clearly needs to ketchup.

PR Stunt of the Day: McDonald’s turn the IMAX into a giant Big Mac to celebrate #BigMac50 pic.twitter.com/dlhtB6Phhz

Just what I need, starving and the IMAX in Waterloo has turned into a Big Mac, it’s like an oasis in the desert… pic.twitter.com/6CFu49kHAA