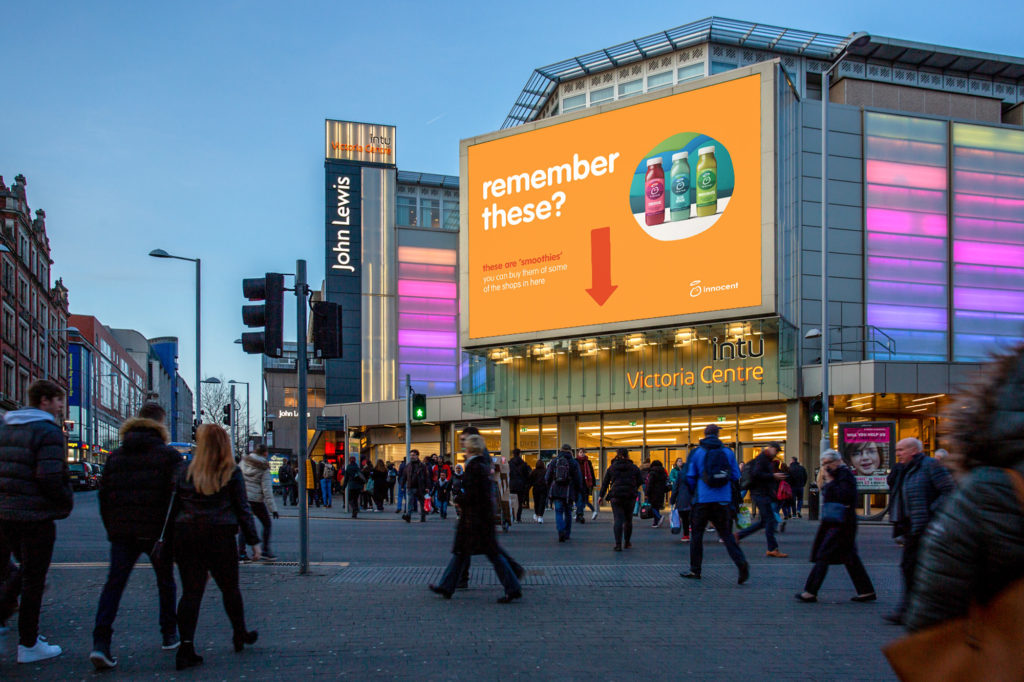 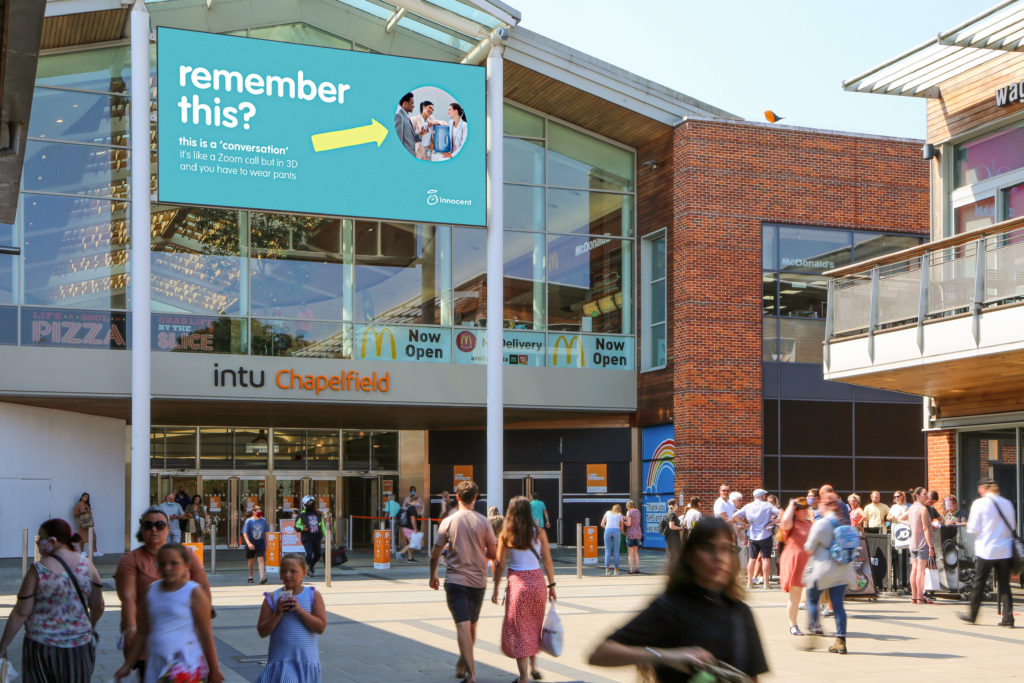 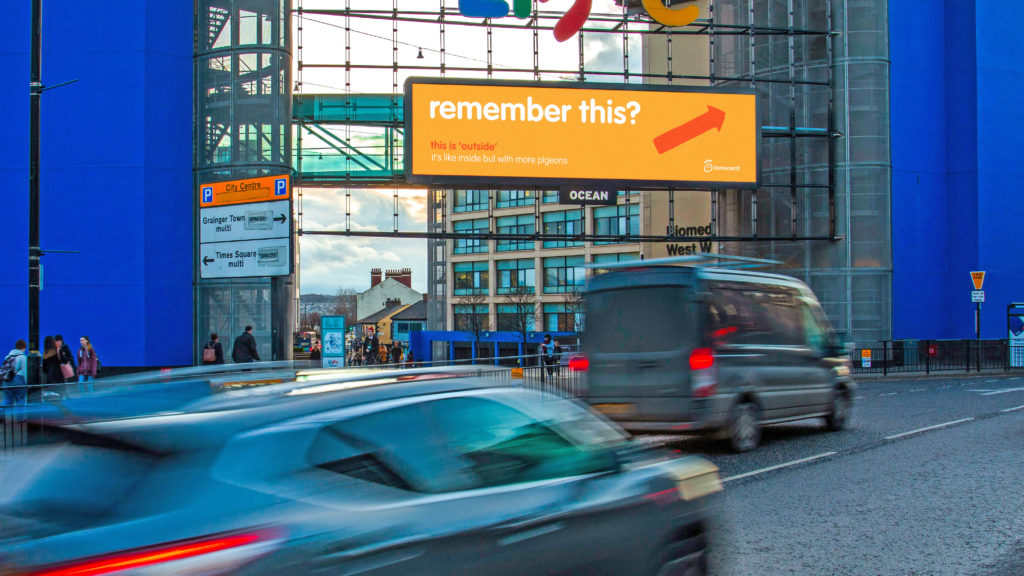 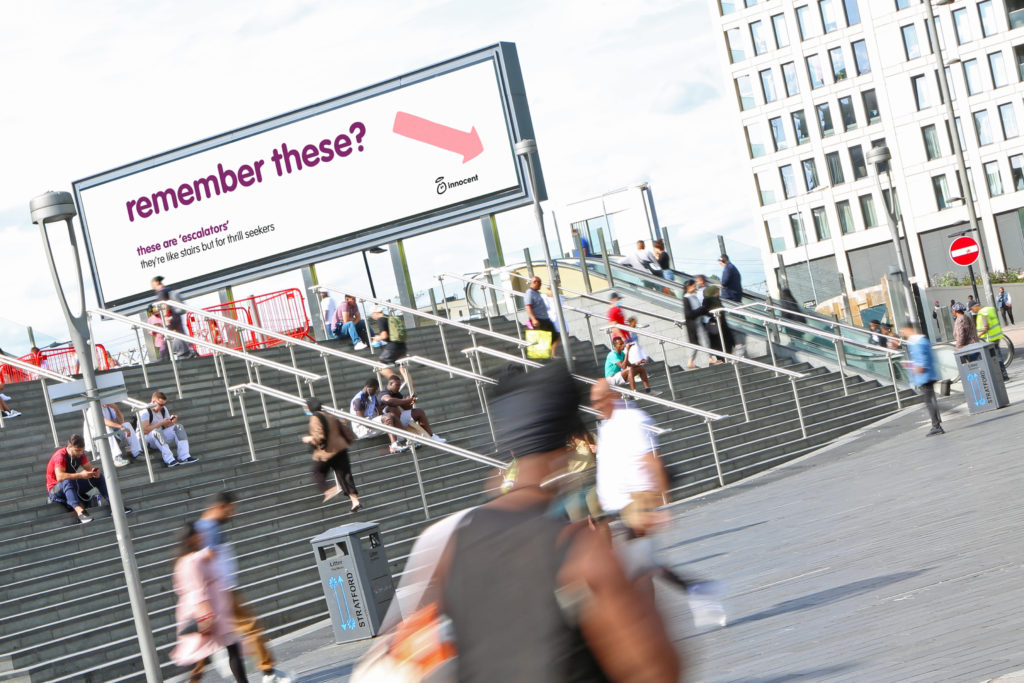 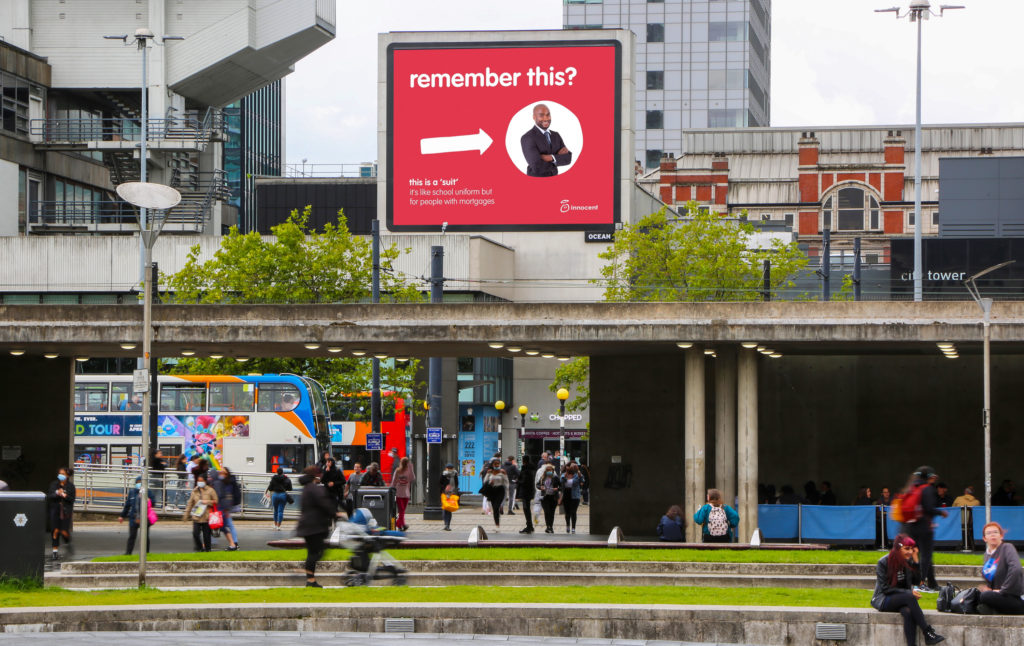 Today marks the launch of innocent drinks’ outdoor campaign which seeks to remind the nation of the way things were before the lockdown in the brand’s distinctive witty and cheeky way.

Coming out on top in Ocean Outdoor’s £1 million Crucial Creative Competition, innocent drinks were able to beat 100+ entries to the main prize of £500,000 advertising spend across the UK.

The campaign is aimed at reminding people of the things they’ve missed – or not – over the past few months be it wearing a suit, going outside in the sun, shopping centres, traffic jams or, of course, popping out of the office to get a smoothie.

The winners of the competition were announced on Thursday, July 30 in a live virtual ceremony.

innocent drinks’ Head of Digital Anna Clare said: “When we spotted the competition, we saw our chance to put something a bit weird and silly on massive billboards all over the country. Mission accomplished.”

Ocean Outdoor joint managing director Phil Hall said: “innocent’s campaign really captured the essence of Ocean’s Crucial Creative Competition. A great example of “human” marketing, it will bring a smile to people’s faces at a time when we are all looking for some light relief.”

This is a billboard. It’s sort of like a TV advert, but a lot heavier and it doesn’t try to sell you compensation.

We’ve put them up all across the land to remind people about some of the things we might have forgotten this year. pic.twitter.com/y1Rw5vJlrl

Centuries ago, there were these mythical things called "hugs" and "handshakes". They were both very nice, unless one person went for a hug and the other went for a handshake, in which case it got very awkward very quickly.

Maybe they'll make a comeback some time in the future… pic.twitter.com/pPeDFHcMHh