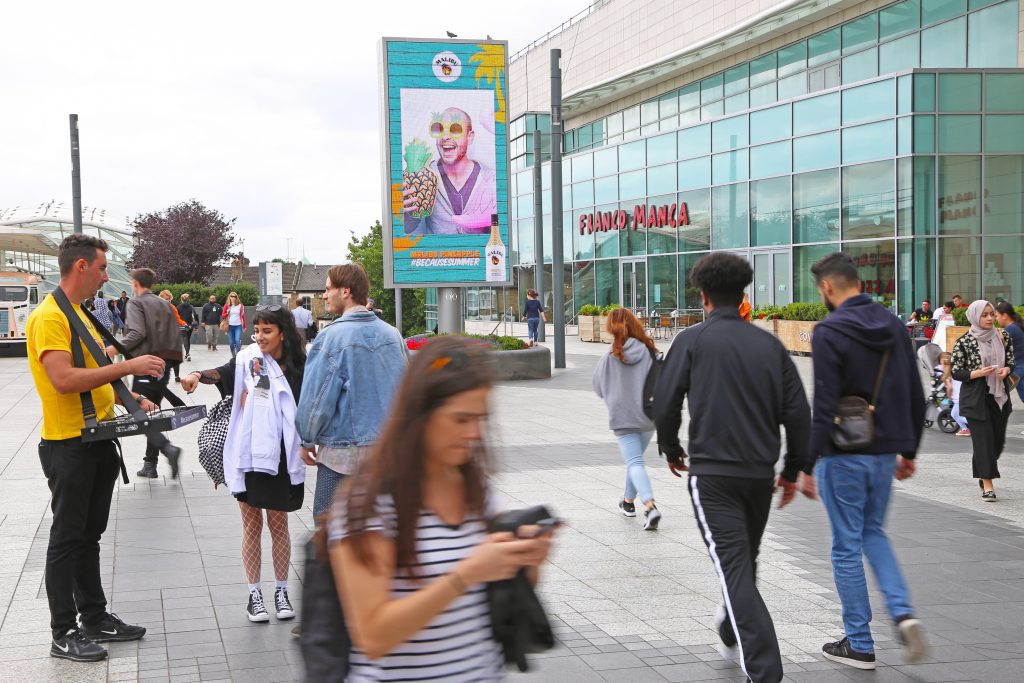 Malibu amplified its global #becausesummer campaign in London by developing a fun and interactive out of home campaign at Westfield London to engage with millennials.

The out of home experience included a photobooth where consumers were allowed to take a series of pictures of themselves. These images were overlaid with a pair of digital sunglasses and made into a GIF, which was then broadcasted on to Ocean’s full motion The Screen@Southern Terrace.

The coconut flavoured rum brand aimed to inspire millennials to embrace Malibu’s theme of “carefree spontaneity”, in keeping with the laid-back mood associated with the summer season.

The campaign was developed by Havas Sport and Entertainment Cake and The Flash Pack.