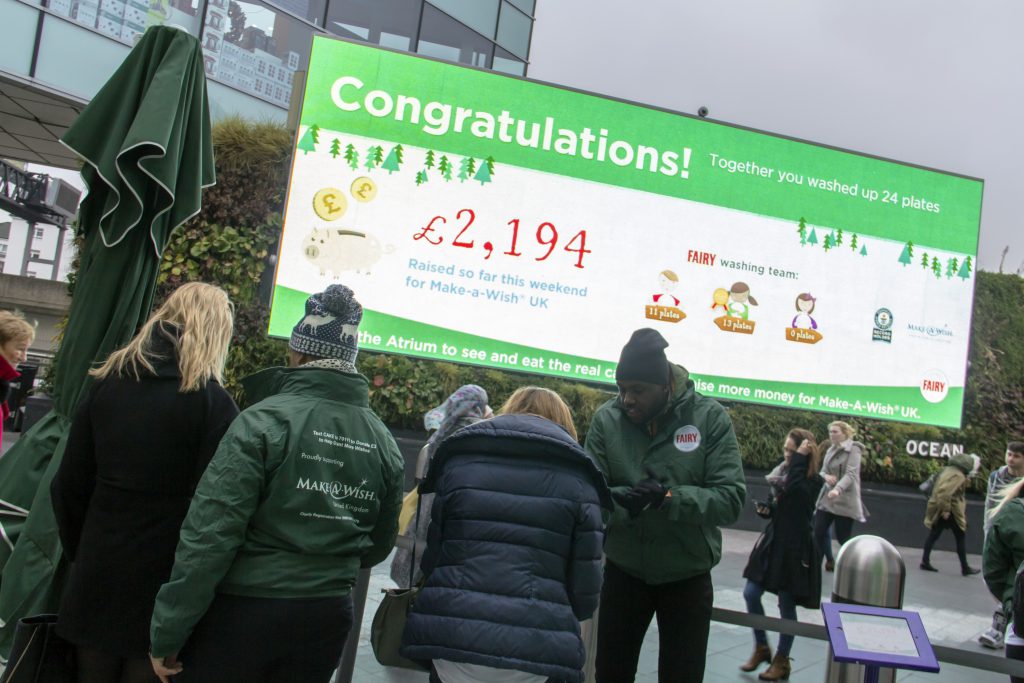 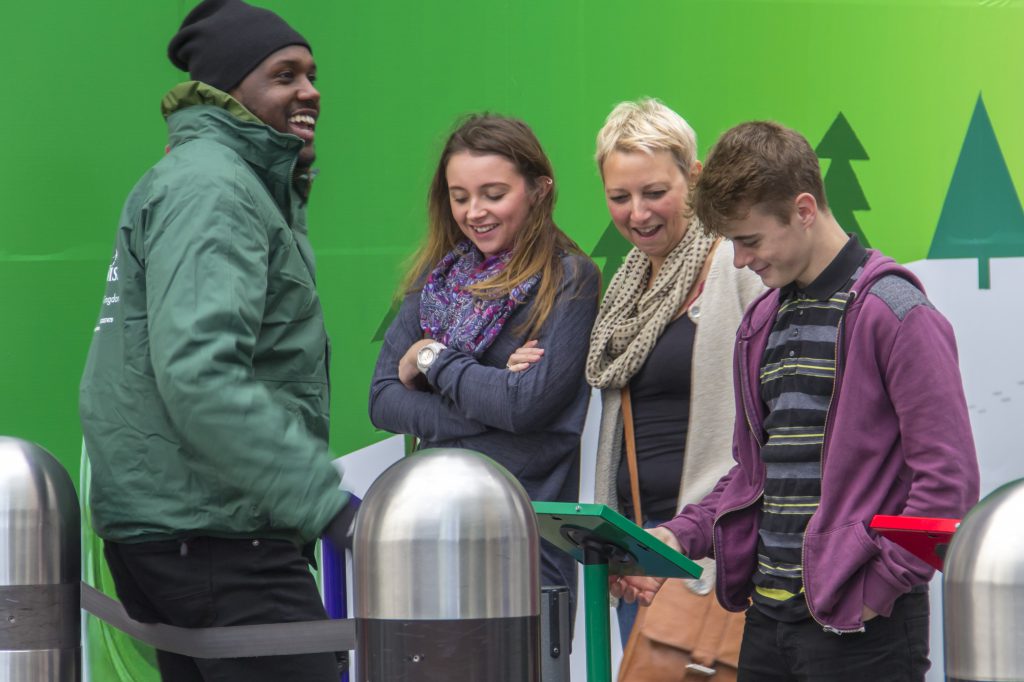 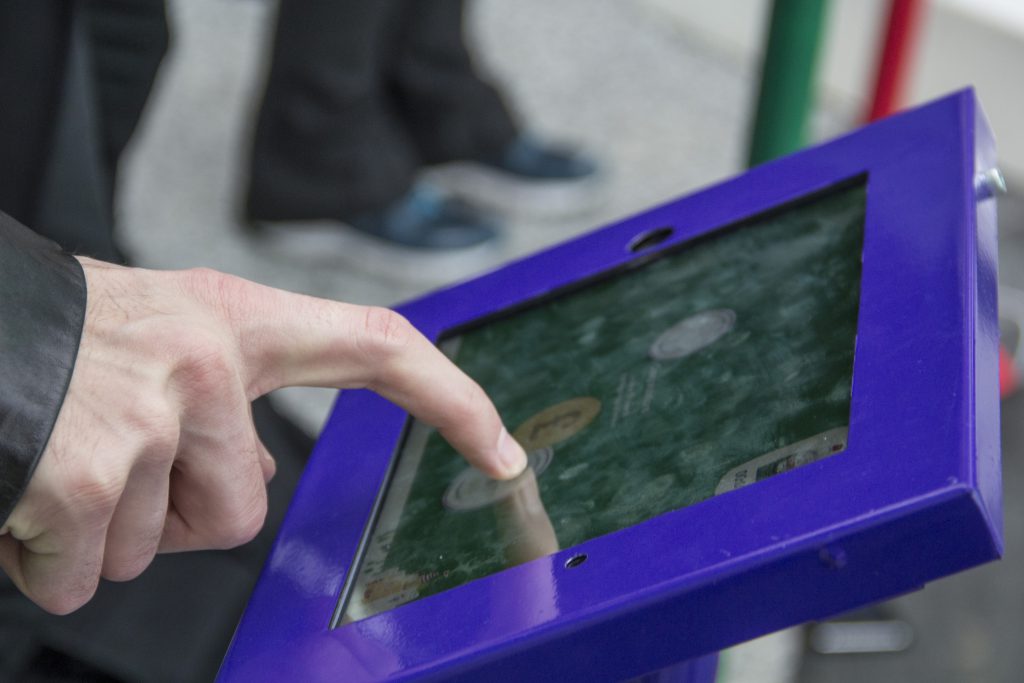 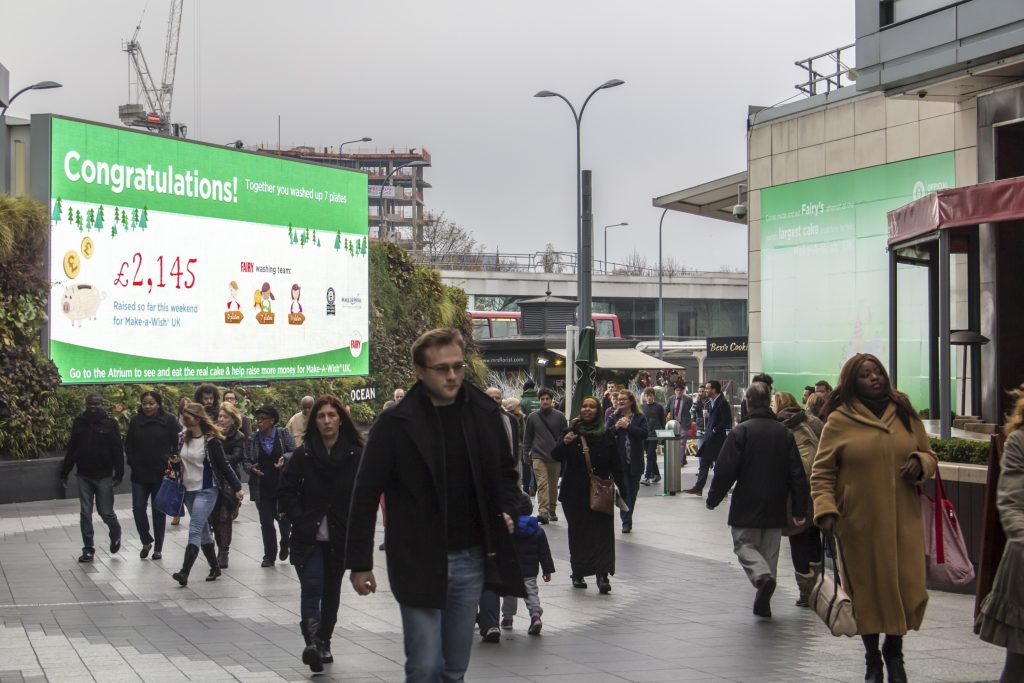 Supporting Fairy’s epic challenge was an interactive game and out of home campaign planned by Starcom MediaVest and created by Grey London. The campaign, exclusive to Westfield London on Ocean’s Eat Street @ Westfield London, invited people to help Fairy in its gigantic clean up challenge.

Using technology developed by Enigma Code, players outside Westfield London were invited to compete against each other to locate golden coins hidden amongst a series of dirty plates that they needed to wipe clean. Up to three individuals could play against each other using iPads connected to the full motion digital screen.

The total amount raised for Make-A-Wish was recorded by a giant totaliser featured on the digital screen at the main entrance to Westfield London, which broadcasted individual messages of congratulations to the winning players, asked shoppers to text a number to donate £3, and invited everyone to head into the shopping centre for a real slice of the action.

To break the GUINNESS WORLD RECORDS title for the largest cake sculpture, the entire cake – which fed at least 12,000 people – had to be eaten. In the process, Fairy managed to wash up all 12,000 dirty cake plates with just one 870ml bottle of Fairy Original washing up liquid.