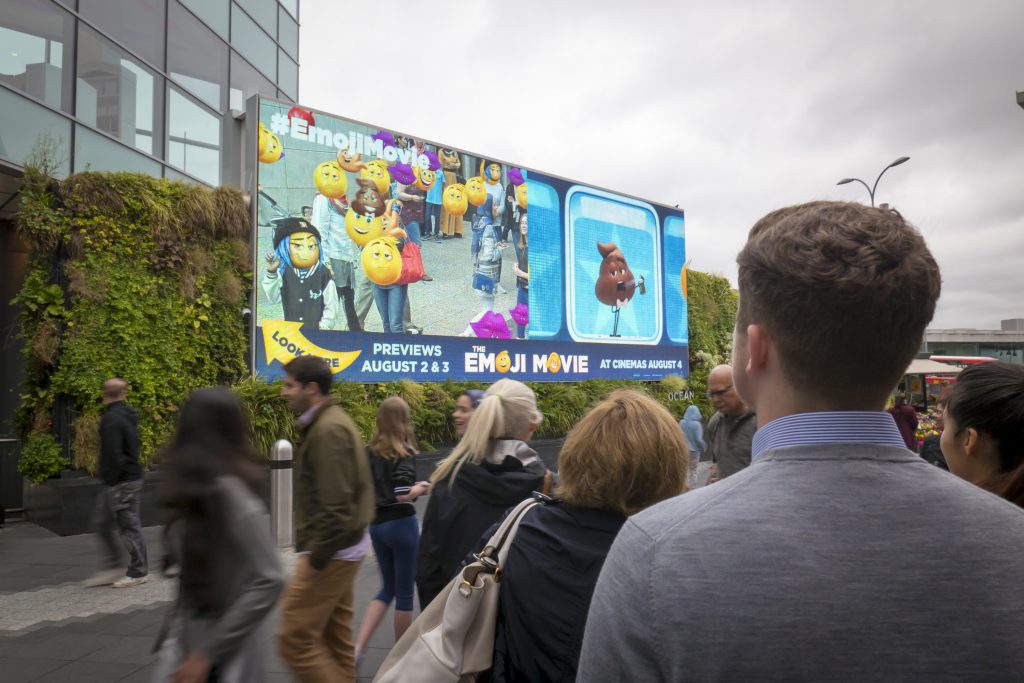 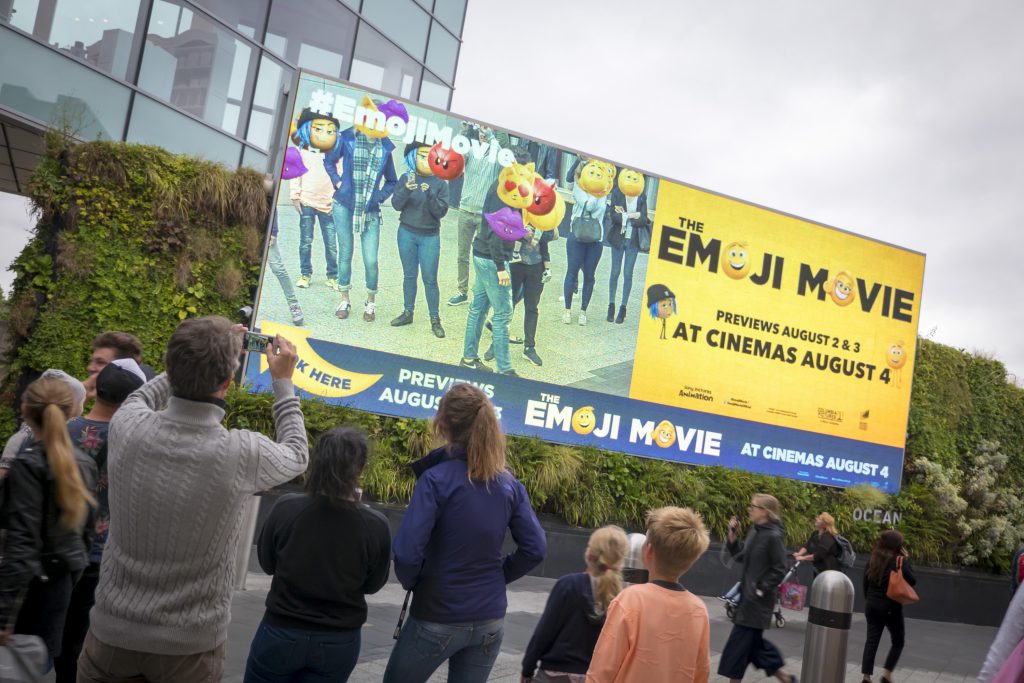 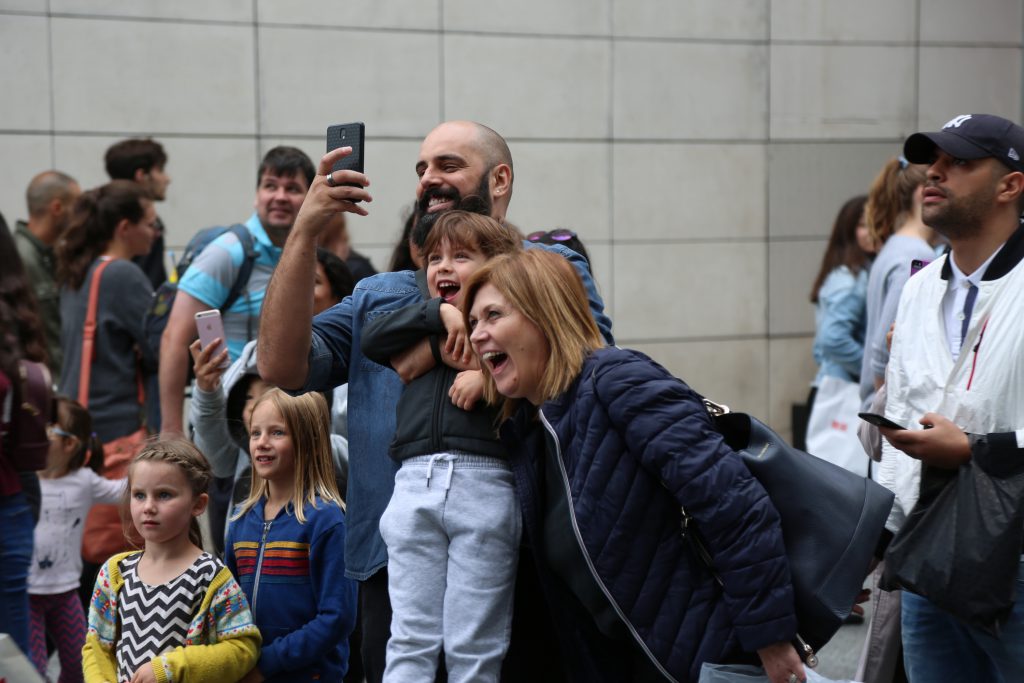 Sony Pictures marks the release of its latest family film, The Emoji Movie, on August 4 with an exclusive interactive campaign on Ocean’s Eat Street screen.

Created by Feref and planned by MGOMD and Talon, the #EmojiMovie uses Ocean’s in-built LookOut facial detection technology to sense when people are looking at the screen, then tracks their faces and superimposes different emoji characters from the film onto their heads, creating a reactive Augmented Reality experience.

Taking things one-step further, the intelligent technology will trigger different emojis according to the participant’s gender and mood.

The campaign dominates the lunchtime slot from 1pm to 3pm daily for a week.

Stuart Williams, marketing director, Sony Pictures Releasing International, said: “Our challenge for this release was to bring to life our Emoji characters making them front and centre of the campaign. The activity at Westfield is a great example of how we can do this in a fun and engaging way while simultaneously delivering entertainment to families during the holidays.”

Robin Behling, chairman of Feref, said: “Our aim with the emoji campaign is to put a smile on everyone’s face, with this tech we have, literally :-)”

Head of Ocean Labs Catherine Morgan said: “This campaign is a great example of how LookOut technology can be used to create a fun and passive interaction that can be enjoyed by multiple participants at the same time. Ocean’s pedestrian based large format screens are AR ready, offering this kind of immersive interactive experience as a scalable solution.”

The campaign is supported by vinyls on the Southern Terrace at the Westfield London location.

The Emoji Movie is an epic animated “app-adventure” set in the world inside your phone. The cast of star voices includes James Corden and Sir Patrick Stewart.