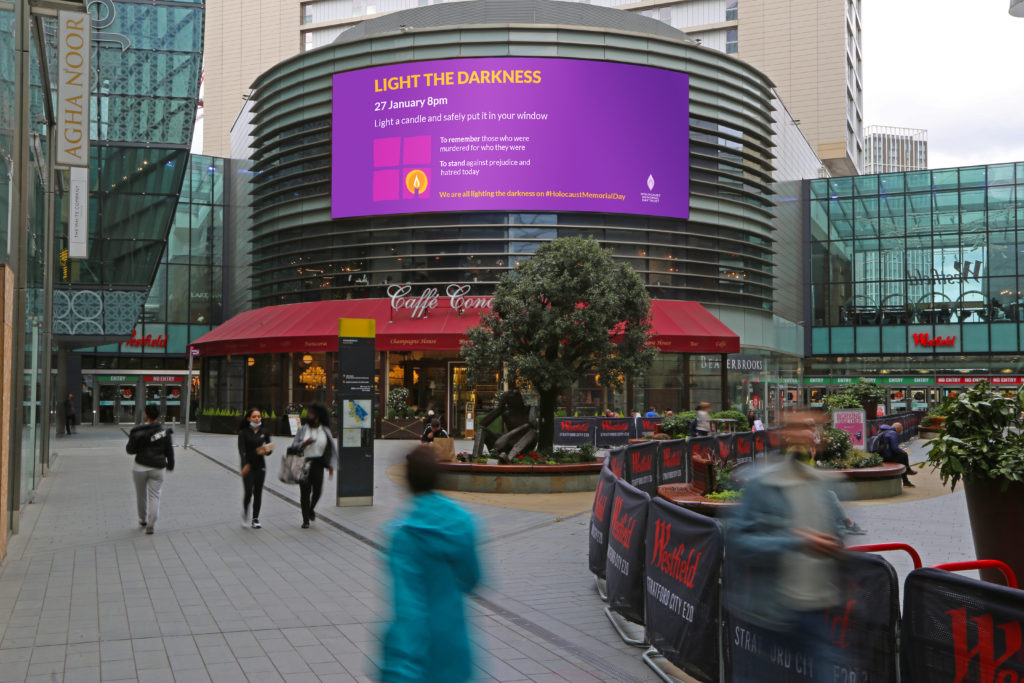 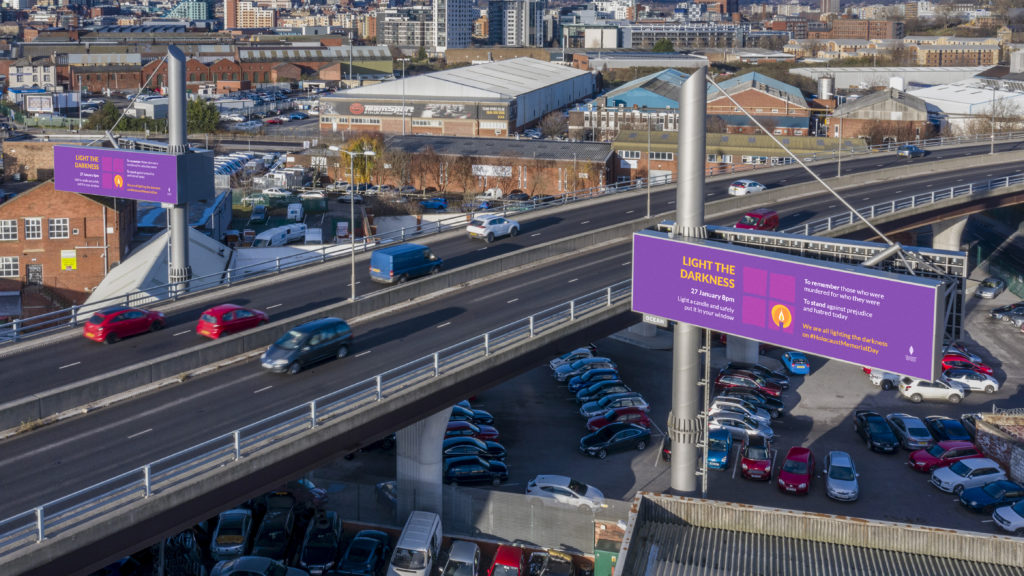 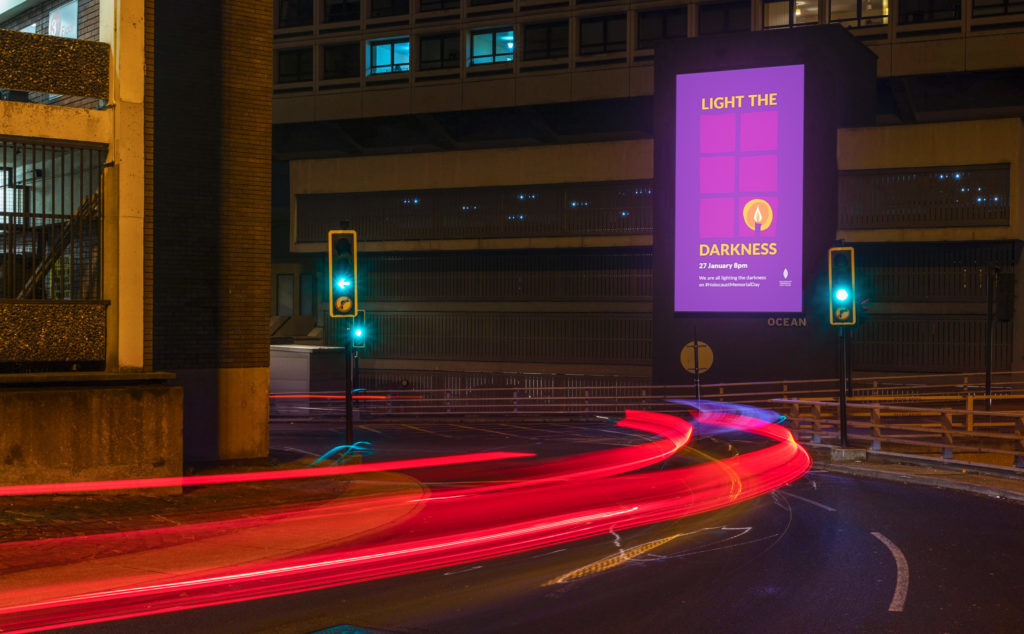 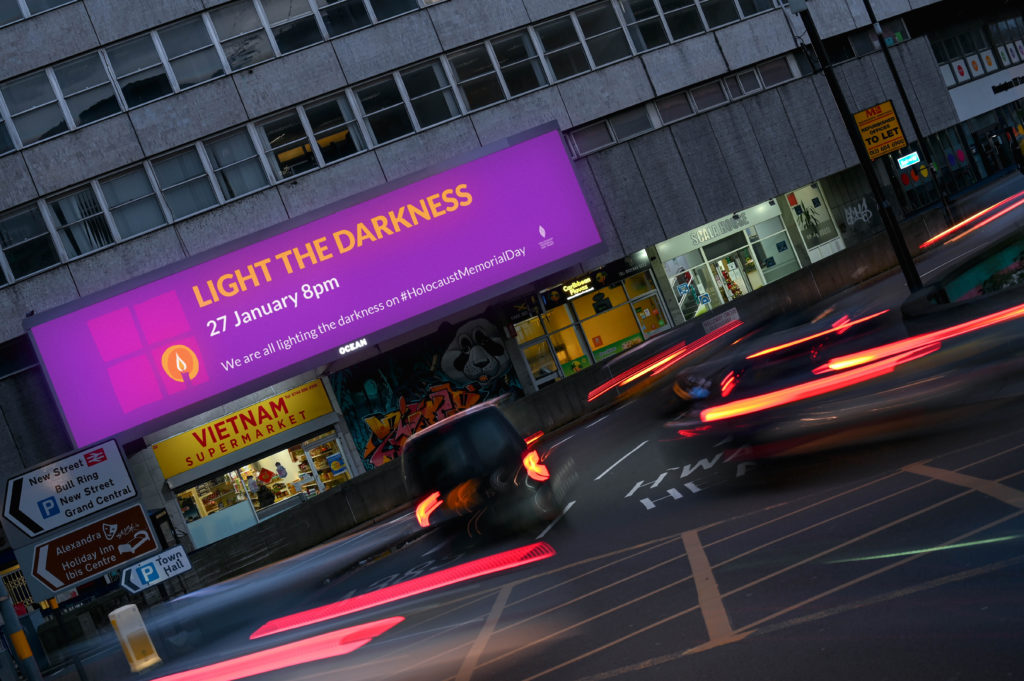 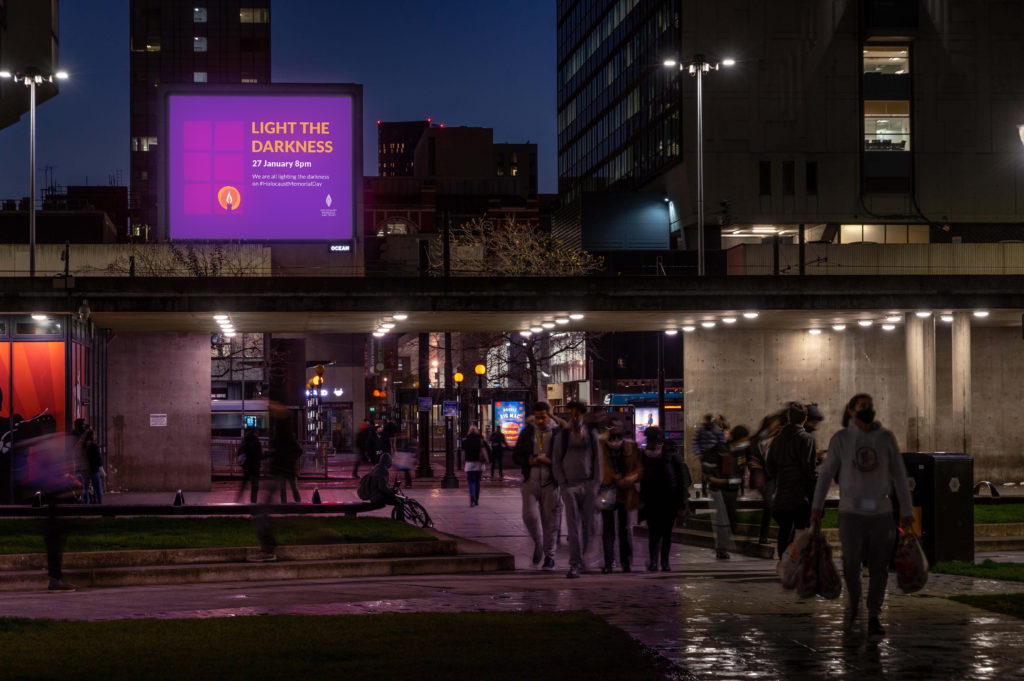 Organised by the Holocaust Memorial Day Trust, at 8pm households across the UK are invited to light candles and place them in their windows to remember the victims of genocide and unite against prejudice.

The theme of Holocaust Memorial Day (HMD) 2021 is ‘Be the light in the darkness’.

Ocean screens across the country will turn the colour purple as part of the campaign, joining 40 other national landmarks, museums and castles including Tower Bridge, the London Eye, the Tyne Bridge Newcastle and The Lowry, Manchester.

The outdoor campaign broke on January 24 to support the lead up to the day itself.

“We are so grateful to everyone who made HMD happen this year: the government, celebrity readers, landmarks and billboards that lit up in purple – and to people across the UK who put candles in their windows. It has enabled everyone – despite the pandemic – to learn from genocide for a better future.”

For the first time in the history of HMD, the UK Commemorative Ceremony will be taking place online, from 7pm to 8pm on January 27.