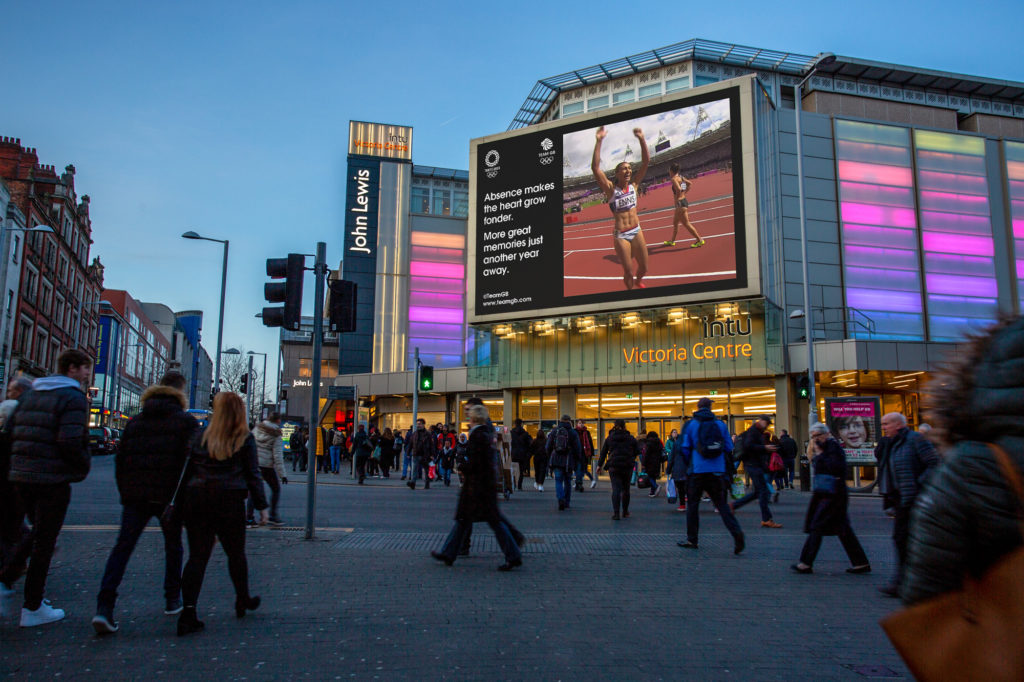 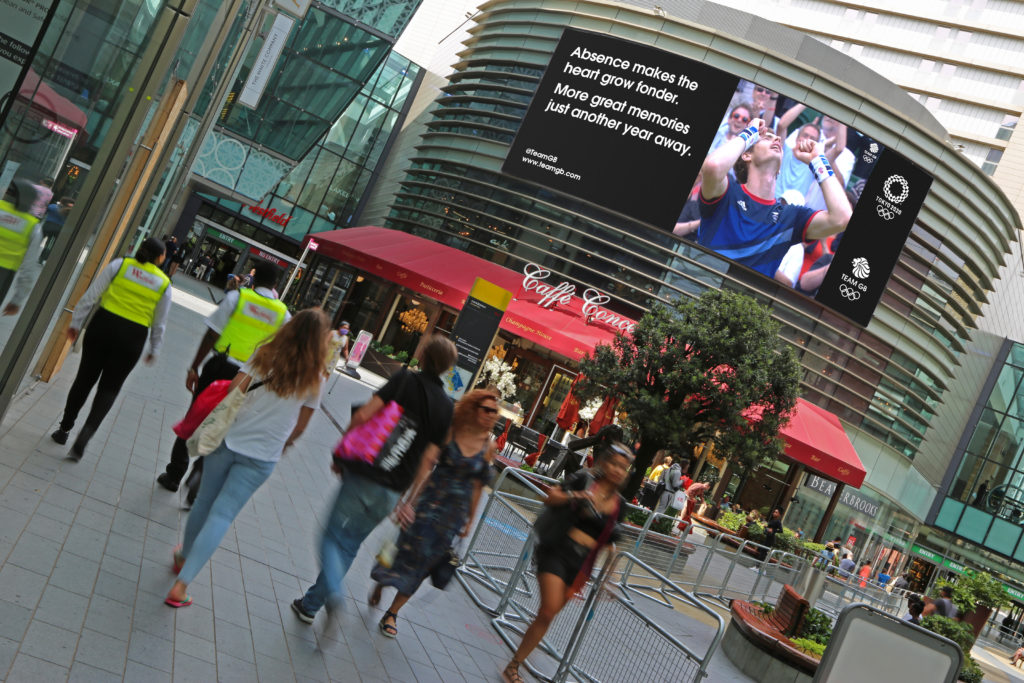 Defining moments from past Olympics Games which capture British sporting victories will be broadcast across Ocean Outdoor’s premium digital network to mark the period that Tokyo 2020 would have been taking place.

The out of home (OOH) campaign, created by Ocean in association with the British Olympic Association, breaks on Saturday, August 1 and runs until Sunday, August 9, and forms part of Team GB’s ‘One Year To Go’ countdown to the Games in 2021.

Drawing on archive Olympic footage from 1992 to 2016, the campaign will showcase Team GB’s rich history, highlighting some outstanding British sporting achievements and moments – continuing the content partnership between Ocean and Team GB.

These sporting highlights will rotate daily with clips from the International Olympic Committee’s Stronger Together campaign which has been produced to mark the countdown to the postponed Tokyo Games in 2021.

The out of home campaign replaces live highlights and broadcast content Ocean screens would have carried from Tokyo 2020 as part of its official partnership with Team GB.

British Olympic Association Head of Marketing Ed Jones said: “We’re really excited to be working with Ocean on this campaign, it represents a great opportunity to deliver our ‘One Year To Go’ message at scale and highlight the role Team GB plays in bringing the nation together.”

Similar archive material will appear on Team GB’s social media channels. Other activity under the wider ‘One Year To Go’ umbrella campaign includes #IAmTeamGB in which athletes set challenges to keep people fit and active.

And on Monday, July 27, Team GB launched a new podcast – The Moments That Made Me – to driver deeper engagement with its fan base.

Team GB’s official media partner since 2015, Ocean is a key content channel for the BOA in the run up to and during both the Olympic Games and Olympic Winter Games.