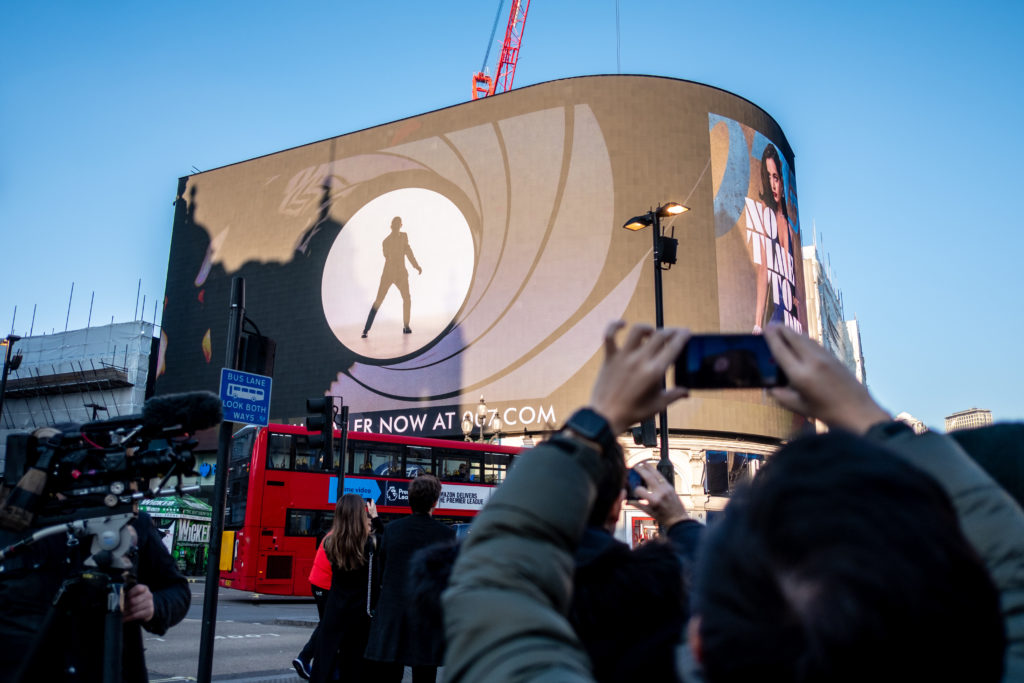 On December 4 2019 at 1.40pm, Universal Pictures chose the iconic Piccadilly Lights to launch the highly anticipated trailer for the 25th James Bond movie No Time to Die, and it did not disappoint.

Crowds of people watched on as they got their first preview of the trailer as it played on the Piccadilly Lights.

The Piccadilly Lights is the ultimate launch platform – and much like Bond, it makes an instant impact.

Within 24 hours  of the trailer’s debut  on Piccadilly Lights, the amplification effect via earned media news coverage went far beyond those seeing the trailer first hand.  It has generated over 186 published articles, UK wide as well as internationally – reaching more than 4.305 million and delivering  an earned media value of over £125k!

The priming effect of iconic out-of-home locations has already been proven by Neuro-Insight.  If you use locations earlier in the campaign plan, the subsequent impact on the secondary OOH increases.   This campaign is the ultimate example of the priming effect – this is the power of Piccadilly!