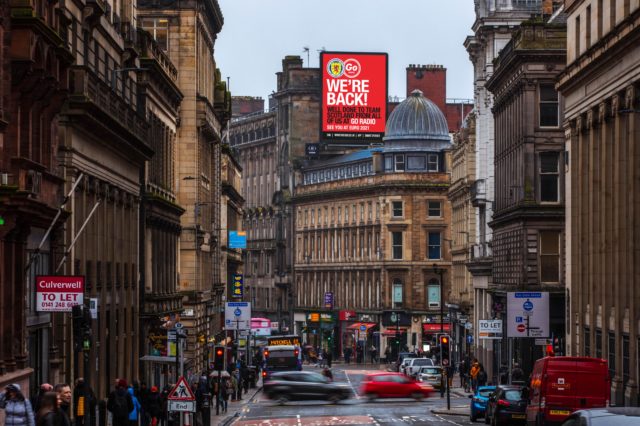 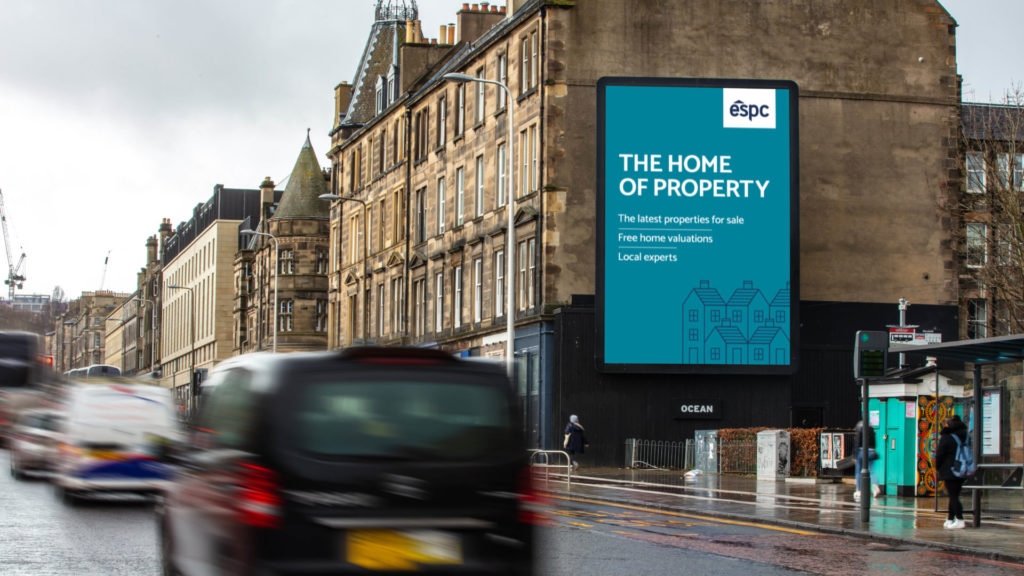 Scotland’s superb win over Serbia to qualify for the Euros after that dramatic penalty shoot-out left the nation celebrating and brands flocking to out of home screens with some splendid Victory Rolls.

By full time, campaigns were going live across our roadside network as clients switched copy, taking full advantage of the dynamic, flexible capability of Ocean’s digital screens to turn up the volume when it matters most.

Amid the turmoil of coronavirus in the UK and its circuit breaker lockdowns with more Tiers than Hampden Park stadium, defying the bookmakers’ odds was THE best moment in a tremendously difficult year.

But in tough times the Scots are nothing if not resilient and that’s reflected in consumer confidence. There’s a stoic optimism which shows no signs of slowing in the run up to Christmas and beyond.

This buoyancy has led to an influx of categories from media and entertainment, to clothing, alcohol and yes, even travel, as operators plan for sector recovery and returning passengers.

There’s a lot to compete for. Ocean’s exclusive @TheLocal consumer panel continues to track consumer intent in Scotland. So far the study has revealed that:

According to @TheLocal’s Christmas insights for Scotland:

Taking a stroll around Scotland’s city stores and the Michael Kors and Charlotte Tilbury carrier bags are out on force. Christmas revenge spend is on.

Across Scotland, homes are selling in 15 days compared with the UK average of 27. All this moving has also boosted the renovations and furnishings sectors:

And The Scottish Roads Are Busier Than Ever

As people chose to swap public transport for their cars, roadside advertising has been at full throttle to help brands get maximum mileage from their campaigns.

Demand for premium DOOH space is driven by our fast and flexible digital delivery system.

Unlike England, Scotland operates a more flexible 5 Tier framework (from 0 to 4) which means life is less restricted for people living in the majority of council areas including the cities of Edinburgh and Glasgow.

This more workable approach is helping to sustain consumer confidence and intent to spend more, or just as much, over Christmas and beyond.

This is important for planners and advertisers.

For categories looking for a fast start out of lockdown, the message couldn’t be clearer. Now is the time to get planning.

To find out more, contact Debbie Ferguson on Debbie.ferguson@oceanoutdoor.com or call 0141 378 5612.