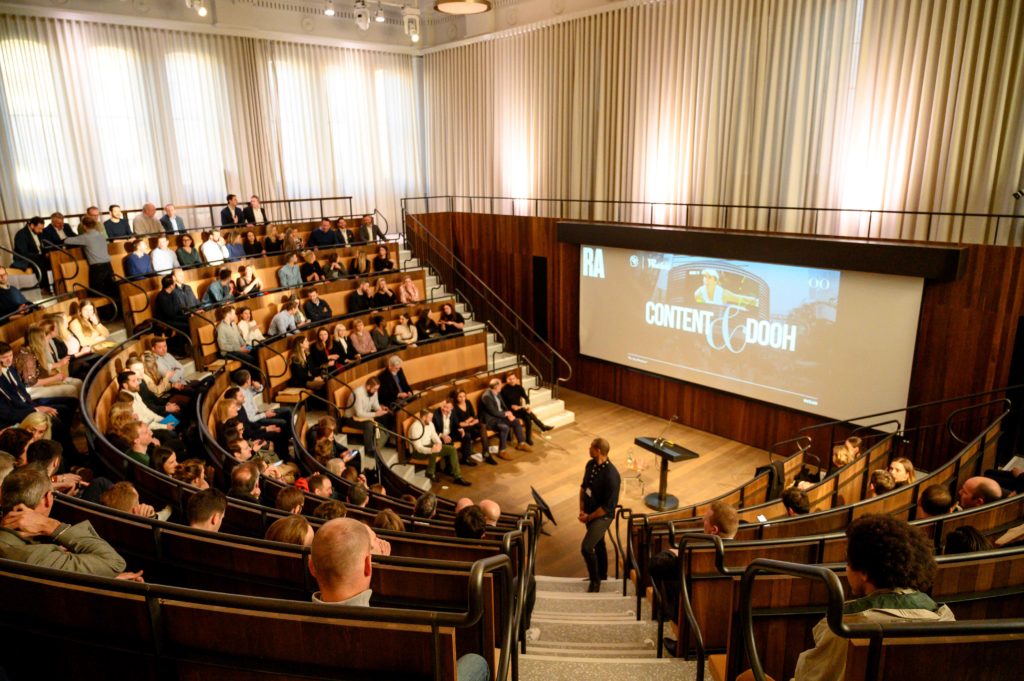 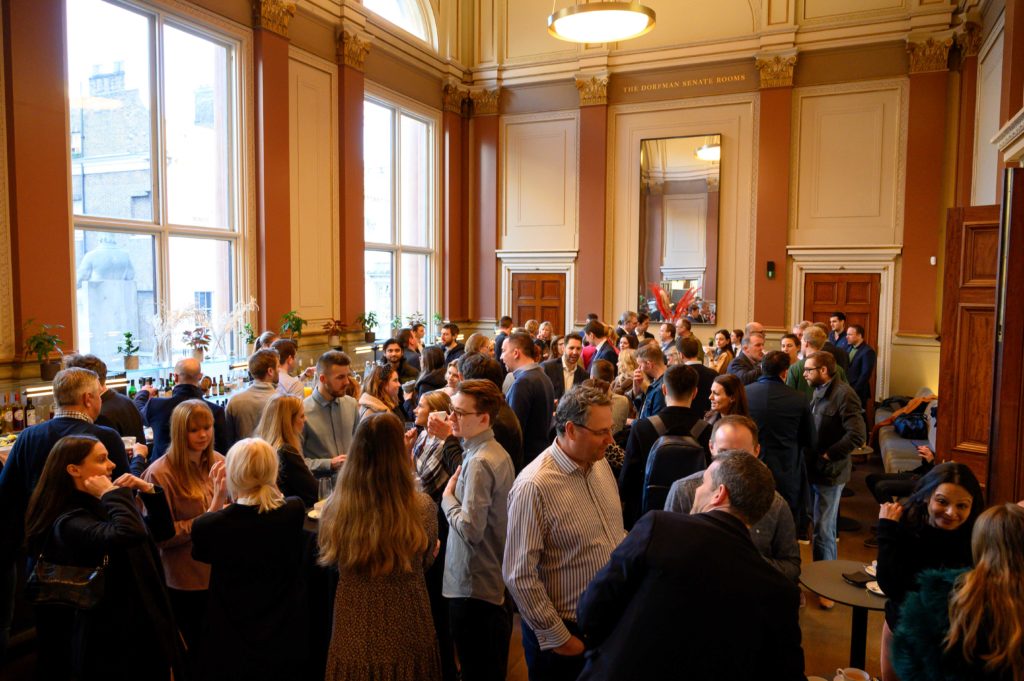 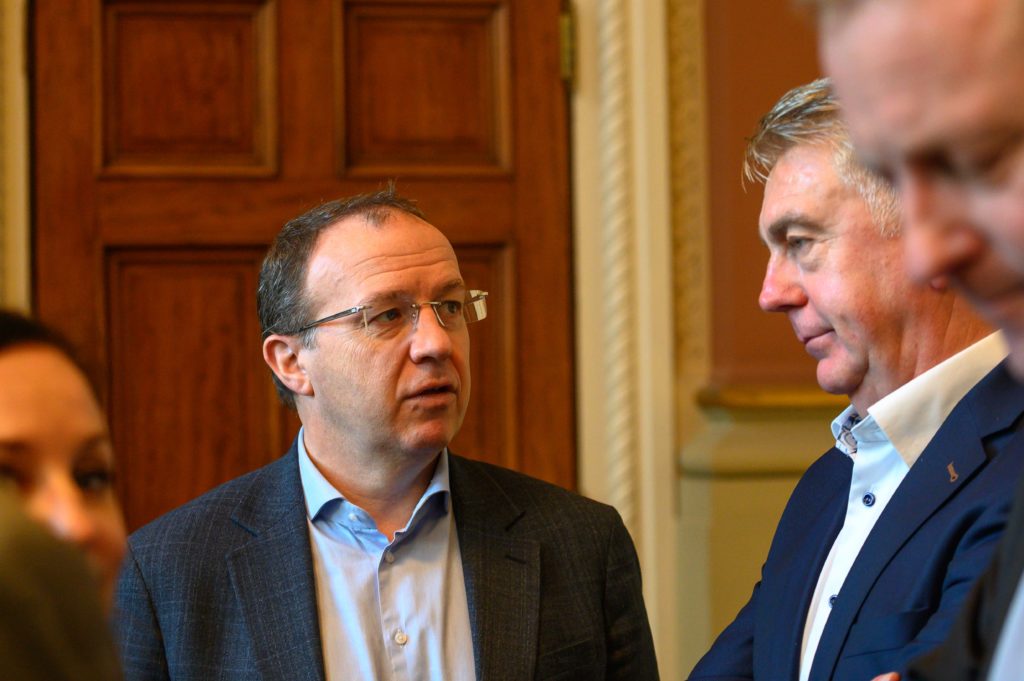 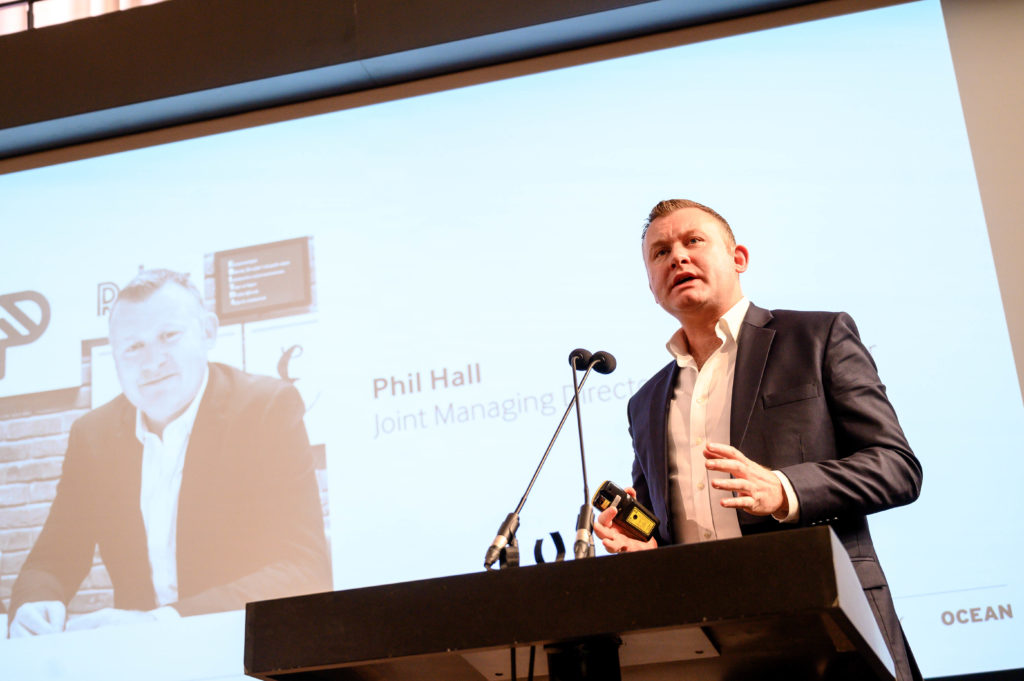 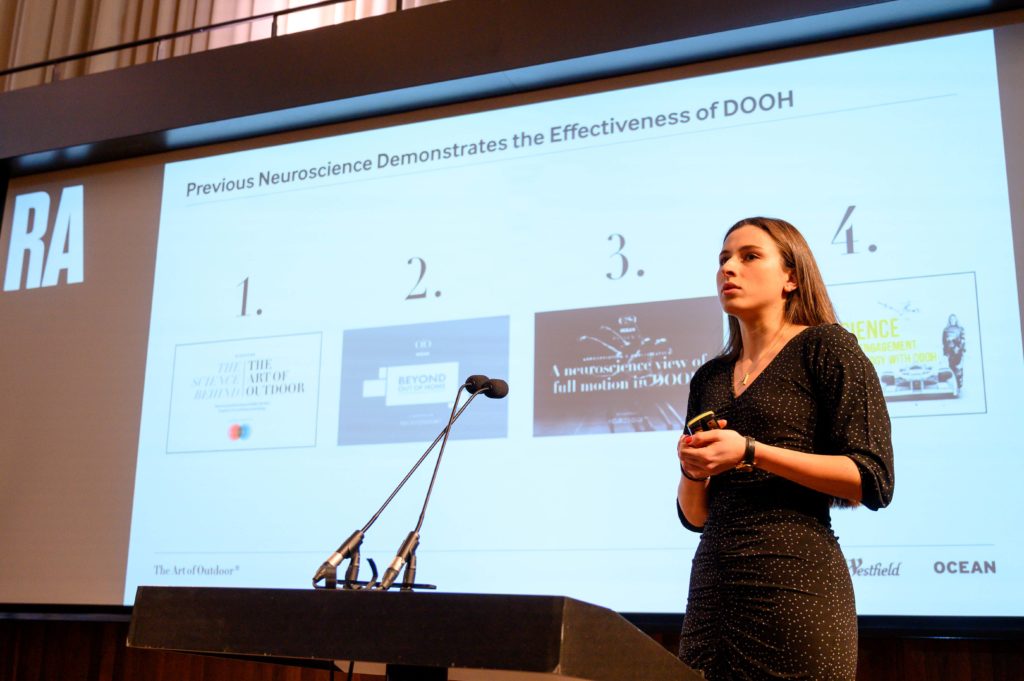 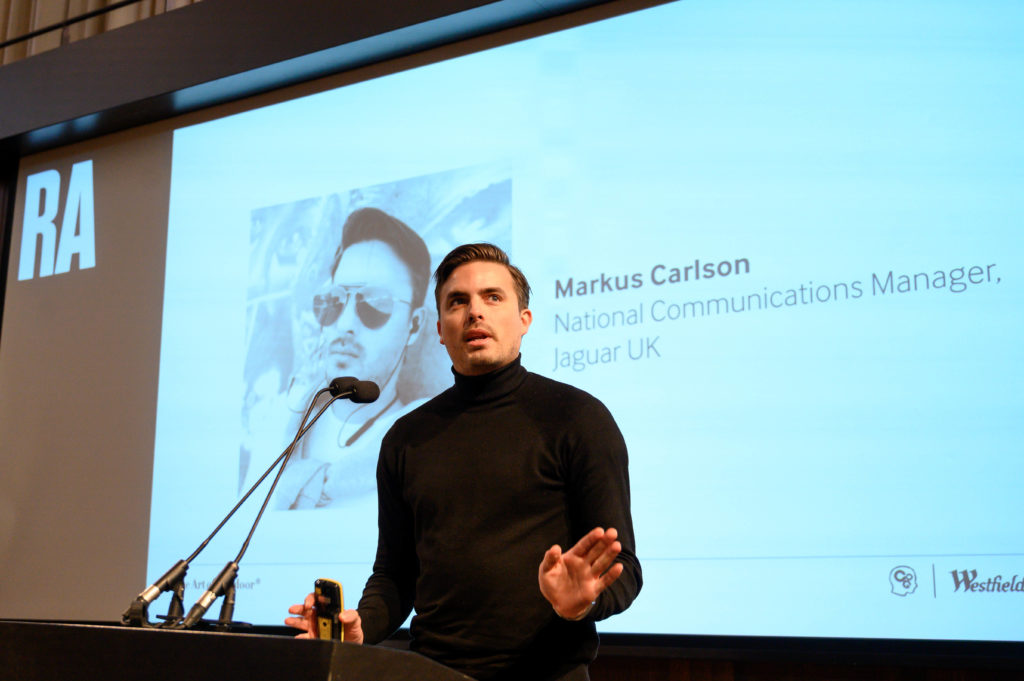 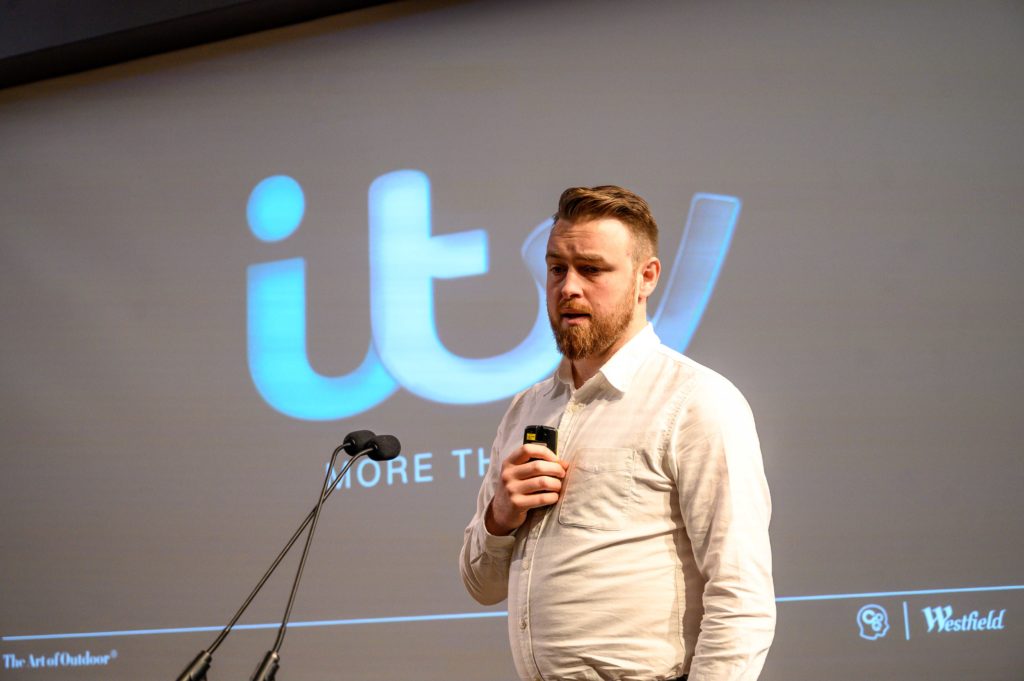 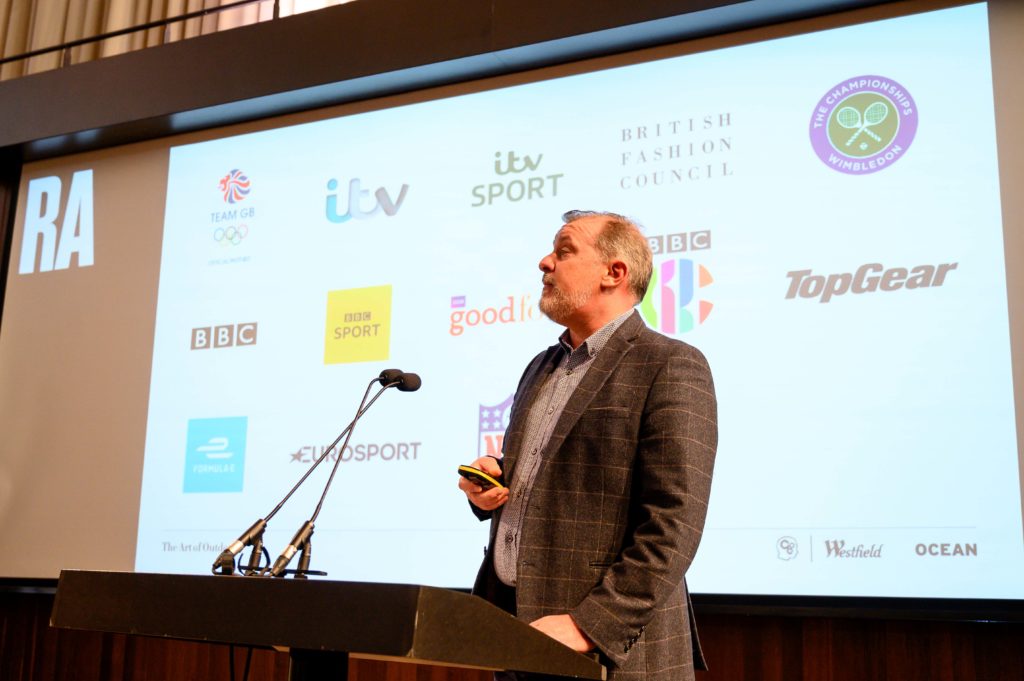 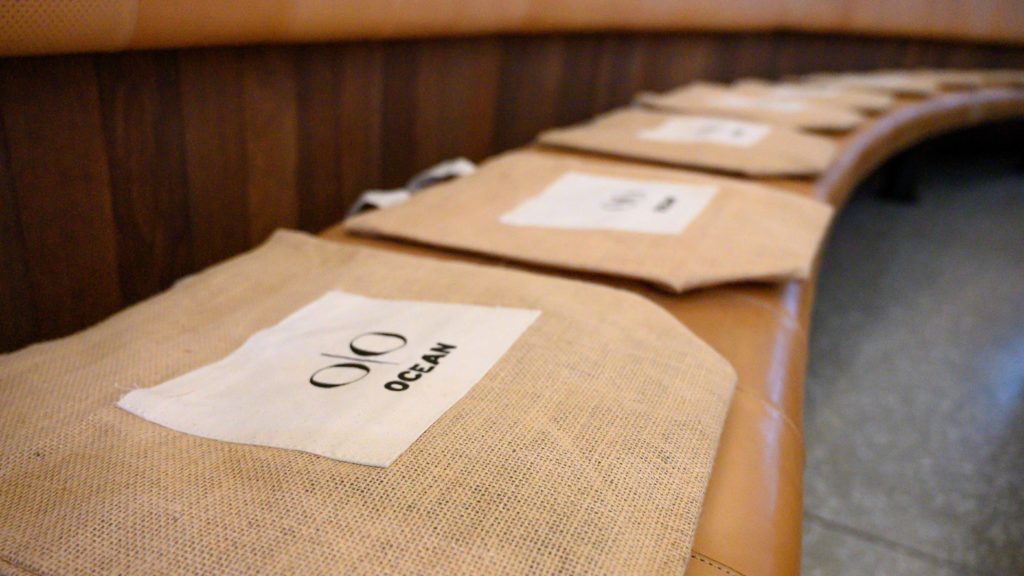 Last week Ocean presented its latest neuroscience and YouGov research into the interplay between live broadcast, content and DOOH, plus the public’s perceptions.

Hosted at the Royal Academy – with over a hundred delegates attending from across the industry – along with our guest speakers Jaguar UK and ITV, we conclusively demonstrated how content and DOOH are the perfect media partners.

But let’s start from the beginning.

The evolution of the screen

Since its earliest incarnation, audiences have been fascinated by, and brought together by, the television.

While we’re now used to watching TV in the confines of our homes or on our mobiles, this hasn’t always been the case. Back when TVs were a luxury item rather than the norm, shop windows with huge TV displays could be hired for crowds to come together and watch live broadcasts.

With the proliferation of cheaper sets, publicly played live broadcast events became a thing of the past. However as wireless and digital technology evolved, so did screen technology – with more and more digital screens appearing in outdoor environments. While initially used for advertising, the potential to broadcast high-profile events to outdoor crowds, recalling that bygone age, came to fruition.

Since then we’ve seen a host of bespoke content formats, plus sporting and music events, live streamed on outdoor screens and drawing in crowds, including this year’s pre-recorded 50thanniversary content of the moon landing on Landsec’s Piccadilly Lights – harking back to the heady days of 1969 when the BBC broadcast the actual moon landing in Trafalgar Square.

So while we may live in an era where we can watch TV wherever and however we want, there’s still an inherent behaviour in people coming together to engage with outdoor broadcast content.

The big idea
For over half a decade Ocean has run neuroscience research projects to understand the relationship between audiences and Digital Out Of Home (DOOH). Our last wave looked at how tech-enabled DOOH screens drive up engagement, with a segment of the research focused on live streaming broadcast content. The research discovered live streaming equated to a three times stronger impact on memory encoding when compared to regular DOOH.

In a UK first, and in association with our partners at Westfield, we expanded on our lab-based research by taking it outside, having real audiences watch live streamed content in situ. Working with COG Research, we used precise eye tracking (ET) using Tobii glasses and skin conductance response (SCR) measurement to ensure the study was ecologically valid, non-invasive and able to slot into real life behaviour.

The perfect vehicle for this study was The All England Lawn Tennis Club and the Wimbledon Championships. Working with Wimbledon’s official car partner Jaguar, we brokered a deal to broadcast ads, pre-scheduled highlights and live content from the world-famous tennis event in its 12 UK Digital Cities and in both Westfield London and Stratford City.

To measure and calibrate levels of engagement, we recruited 30 ‘regular shoppers’ at Westfield London and supplied them with ET glasses and easily portable SCR monitors. We coded the ET data to measure gaze and fixation by subject, giving averages for the different content formats. We also calculated each person’s SCR level and range, allowing us to map their level of cognitive load and overlay it onto the gaze and fixation scores using an algorithm developed for COG by Durham University.

As we expected, the research found that live and pre-packaged content on DOOH screens is changing the way we engage with both advertising and broadcast content. In this context, DOOH screens broadcasting the Wimbledon content and bespoke Jaguar ads acted like ‘attention magnets’, capturing audiences’ interest and holding it for longer.

However, what we weren’t expecting were the incredibly high levels of engagement:

Housed within Ocean’s screens, our built-in facial detection software, Look Out, backs up the results. During the two-week period the campaign ran, Look Out found:

Young, elusive audiences Like, Want, Trust and Respond to live content and DOOH
Ocean also commissioned a bespoke, nationally representative YouGov survey with over 2000 GB adults to better understand the public’s perceptions of live content and DOOH advertising. The survey revealed that nearly half (49%) of 18 to 24-year-olds say they would be interested in seeing more live content on digital out of home (DOOH) advertising screens.

Make your media work harder
With so few content media channels able to provide a shared sense of experience at scale, our new study establishes DOOH as a broadcast channel.

Ocean has been facilitating this new, but fast expanding, niche of DOOH with a roster of high-profile content partners including Team GB, BBC Studios, British Fashion Council, Formula-E and most recently ITV Sports, with Ocean securing an exclusive partnership to broadcast the Rugby World Cup, taking place now.

With our inventory of screens in prime, hand-picked locations with long sight lines, the results reveal that well-executed content solutions drives up ad engagement – making your media spends work harder and delivering more bang for your buck.

For more information about the study and other results uncovered, you can contact me at: emma.jeffers@oceanoutdoor.com