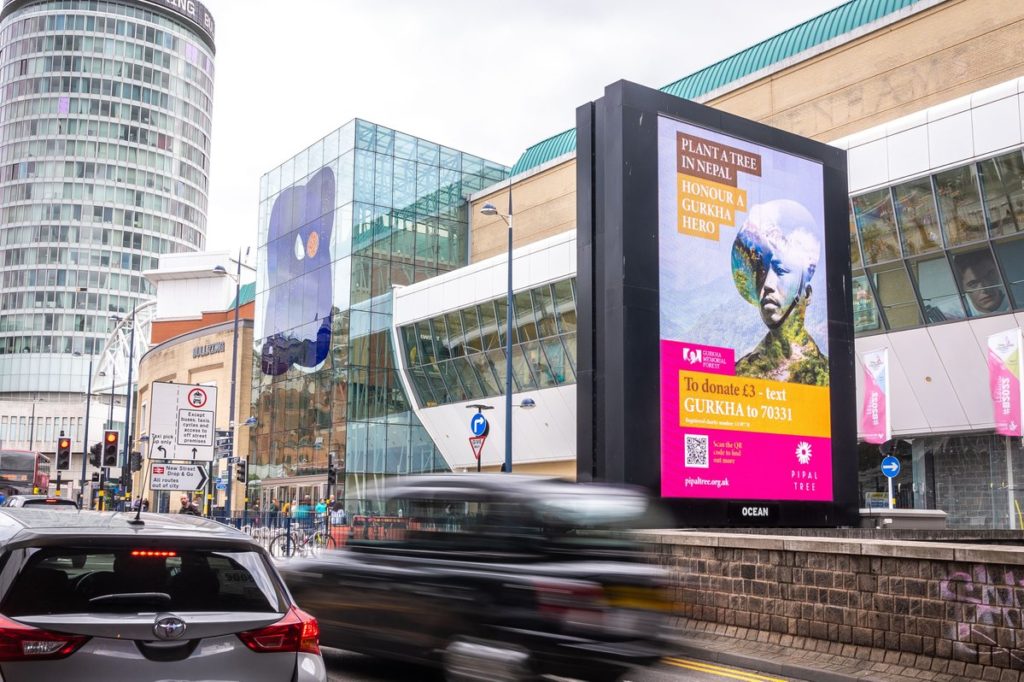 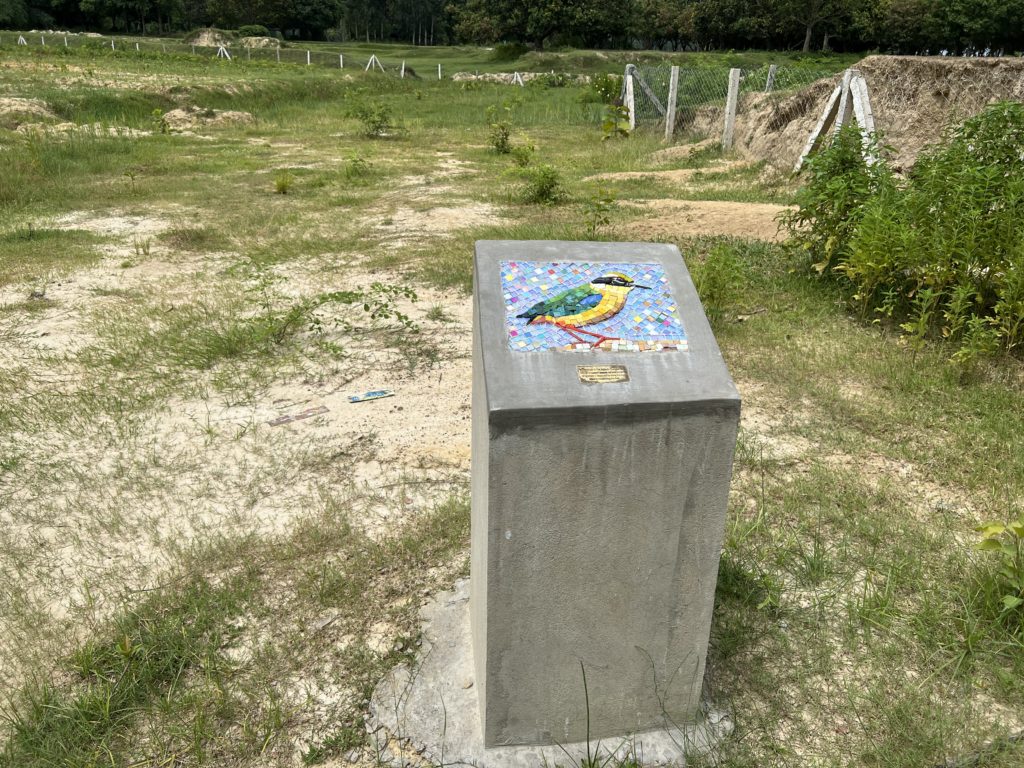 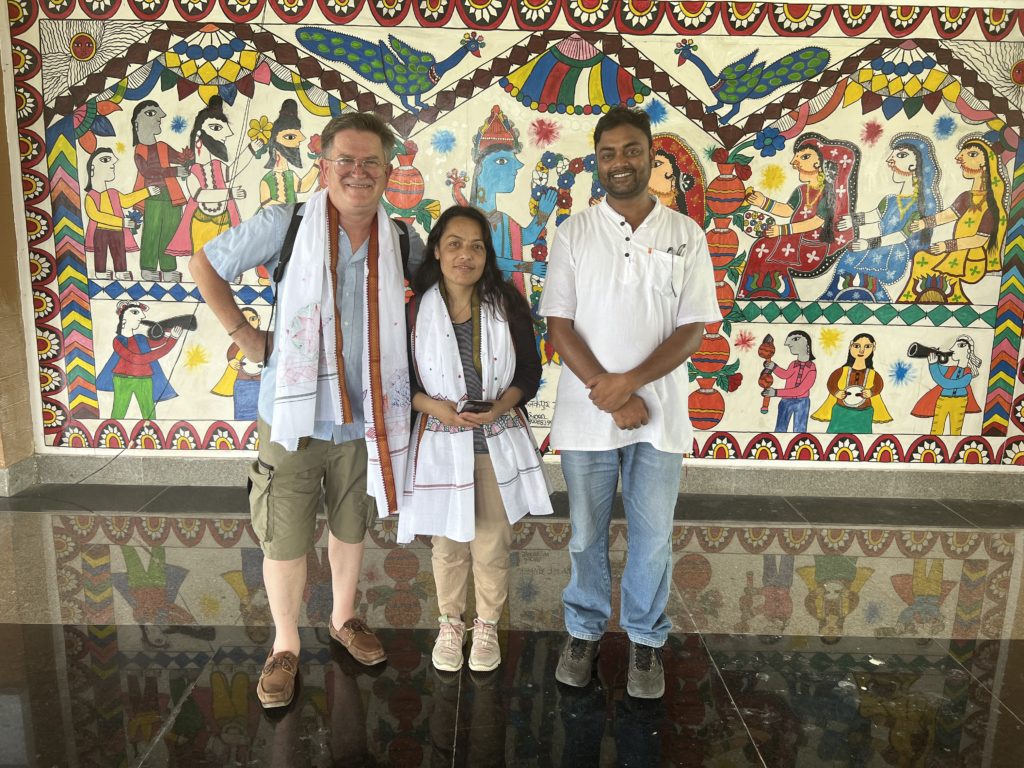 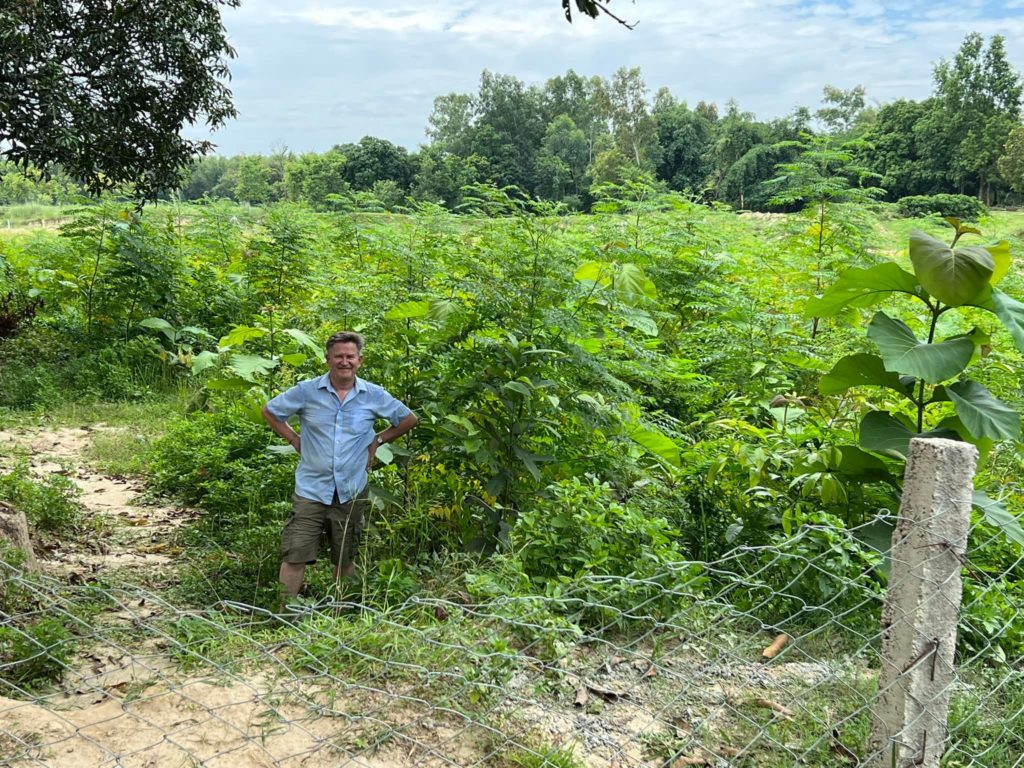 Six environmental charities are combatting climate change, deforestation and marine pollution with support from Ocean’s Drops in the Ocean programme. One of them is Pipal Tree. Founder Philip Holmes talks about his work to address climate change, something which affects us all.

In November 1999 I resigned from my career as a British Army officer and visited Nepal for the very first time having decided to set up a children’s charity in memory of my first wife, Esther Benjamins, who tragically took her own life earlier that year.

I ended up moving to Nepal for eight years. My early work involved the rescue of innocent children from prisons and I led an anti-child trafficking programme and rescue operations into India where children were being forced into modern slavery as circus performers. During that time we tracked down the traffickers operating in Nepal and provided support to the rescued children. I rescued around 1,000 children and the outcome was the permanent closure of two cross-border child trafficking routes.

Having completed that mission, in 2015 I decided to leave that charity and set up what is now Pipal Tree which moved into disaster relief in Nepal after the earthquakes in 2015 and the floods of 2017. By 2020 I was becoming preoccupied by the elephant in the room. Nepal is the ninth most impacted country from climate change. We are losing the Third Pole as it’s called. The glaciers in the Himalayas are melting very quickly and temperature rises are two to four times the world average. A catastrophe is looming in this area, but at the end of the day we are all in the same boat. The environment is the biggest challenge for all of us.

The Pipal tree is native to Nepal. It’s sacred to Buddhists and Hindus and it’s a symbolic focal and meeting point for communities. It also symbolises our major activity which is the reforestation of Pipal trees with other native species.

My goal in this decade is to plant one million trees in south east Nepal as a series of projects. Having planting 112,000 saplings so far, the project I launched in May 2022 is to create a Gurkha Memorial forest to serve as a living memorial to the 120,000 Gurkhas who fought alongside Britain in World War II. In total we will plant around a quarter of a million trees – one for every Gurkha – at around £1 a sapling.

The Department of Forestry will donate 19 species and we will source up to another 60 fruit producing species that are high value for the farmers we are working with. We then have the expense of purchasing some land to protect the trees, managing them and fencing them off. It’s quite a big operation to see all the trees through to maturity.

I am using a new reforestation rapid growth technique designed in Japan. The Miyawaki method is one of the fastest methods of creating tree cover quickly and we are pioneering its use in Nepal to also create 13 Victoria Cross dense forests as a memorial to each of the Gurkhas who won Victoria Crosses.

We are getting trees in the ground for carbon capture reasons and we are creating a wildlife corridor by planting trees along the banks of an exposed river. It’s a migratory route for wild elephants and other animals and we will make sure the forest is sustainable.

We also want to encourage eco-tourism to the area and are working with the Gurkha Museum in Winchester (UK) to set up a visitor centre so that people can come and visit the forest we are creating to learn not only about the story of the Gurkhas but also about the climate, natural environment and the plight of the wild elephant population which is rapidly dwindling. The aim is to introduce Nepal’s first eco-camps which can be used by gap year students, schools and colleges to stay near the forest and get involved in community projects. Income from eco-tourism will help the forest to become self-funding, allowing us to plant more trees in the future.

It’s not too late, but we need to act quickly. I have a belief which is not to be overwhelmed by the scale of a challenge. Make a start. Be prepared for the unexpected to happen. I look now at where we are with this massive challenge of the climate crisis and what we do with it. It’s easy to say we haven’t a chance, but I’m damned if I’m going down without a fight.

In September to raise funds I’m walking the 268-mile Pennine Way. You can do it with me in as little as two and a half miles a day and record your distance on a virtual map to chart your progress. Find out more about walking the Pennine Way.

To find out more or donate visit the Pipal Tree website.