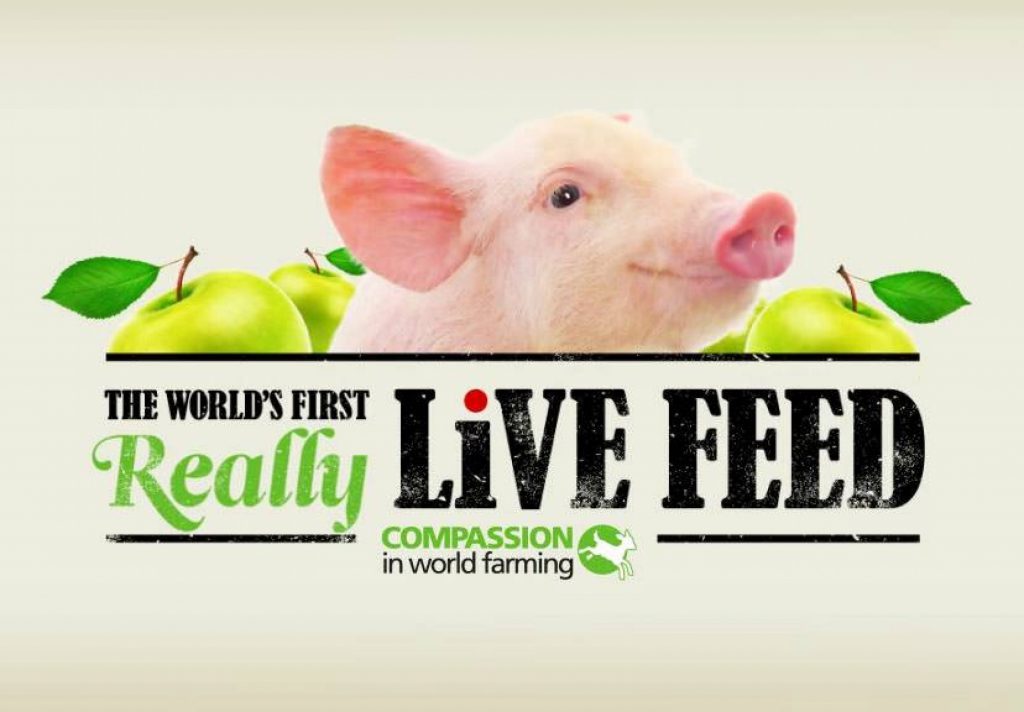 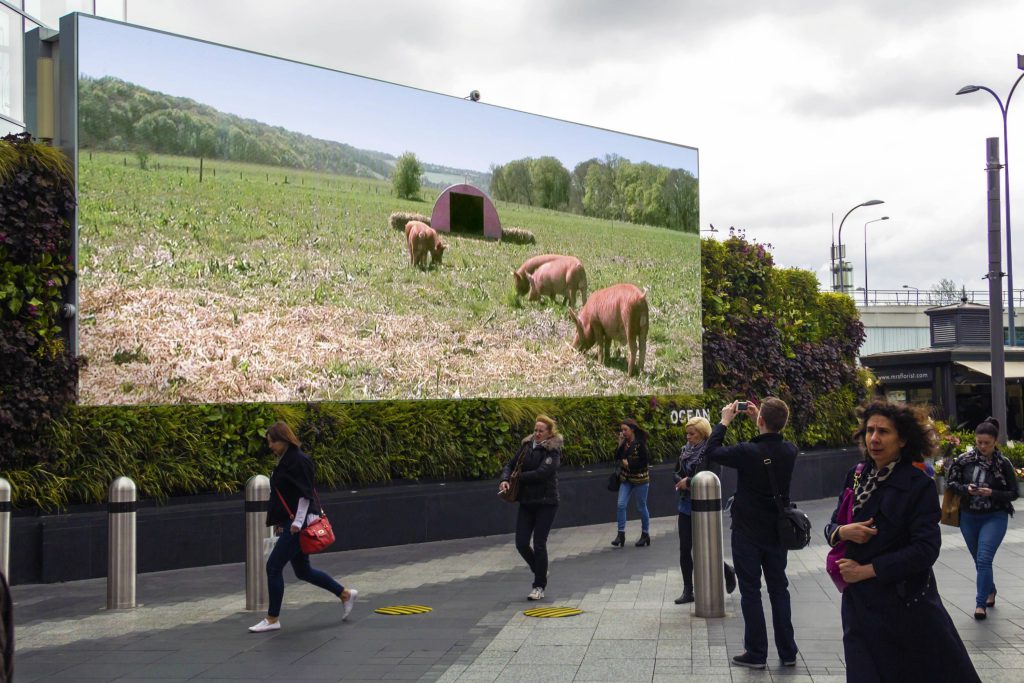 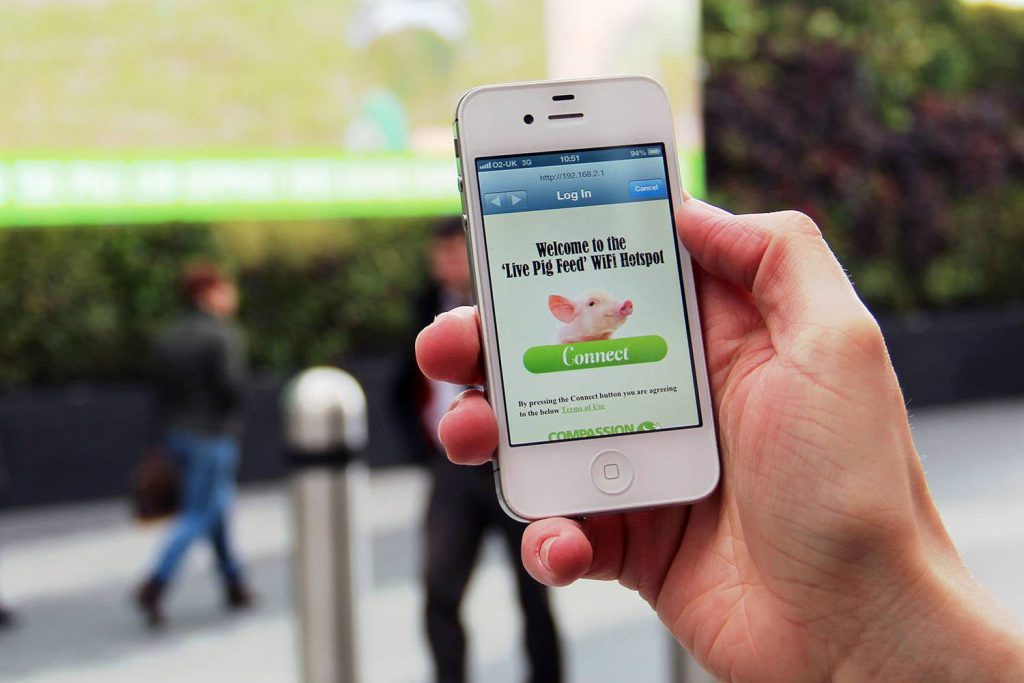 The world’s first real live pig feed is broadcast on a large format outdoor advertising screen in London this week (May 14-19) to raise donations and support for the farm animal welfare charity, Compassion in World Farming.

A group of Tamworth pigs on the organic Wren Davis farm in Great Missenden, Bucks, take a starring role in the live, interactive broadcast, which invites shoppers at London’s Westfield Centre to feed the animals in return for a £1 charity donation.

The campaign, created by the marketing agency Elvis, was a winner in Ocean Art of Outdoor competition, which invites agencies and brands to push the creative boundaries in outdoor advertising,

The world’s first real live feed asks people to show their support for free range farming and better animal welfare standards by linking them live to the free range pig farm via Ocean’s Eat Street billboard.  The pig feed takes place twice a day from May 14 to May 19.

Shoppers are invited to feed the pigs by texting a number for £1. They are then sent a unique weblink, which connects them to an online broadcast and an accelerometer to operate a machine that scatters apples for the pigs.

The actual feeding machine was designed and built by members of the engineering department at London South Bank University.

Once fed, a personalised message of thanks appears on the Eat Street digital billboard, together with a phone prompt asking people to make a monthly donation to Compassion in World Farming.

Ocean Outdoor Marketing Director Richard Malton, said: “ What could be better than using digital outdoor technology to help create real change for millions of farm animals by giving these wonderful pigs top billing. It’s a great piece of work which allows Compassion in World Farming to raise awareness of pig welfare in a fun and inspirational way.”

Emma Slawinski, Head of Campaigns and Advocacy at Compassion in World Farming, said: “This live feed event is a ‘first’ not just for Compassion, but for any charity and we feel privileged to be included in Elvis’ interactive concept.

“Sadly, 90% of pigs in the EU, are reared on factory farms. We ask Westfield shoppers to support free-range farming by taking part in the live feed event where they will see, first-hand that pigs are intelligent, curious and sentient beings and deserve to be reared with the freedom to move and run around.”

To build momentum and support, the pig feed is being trailed on other outdoor screens on the approaches to London Westfield.