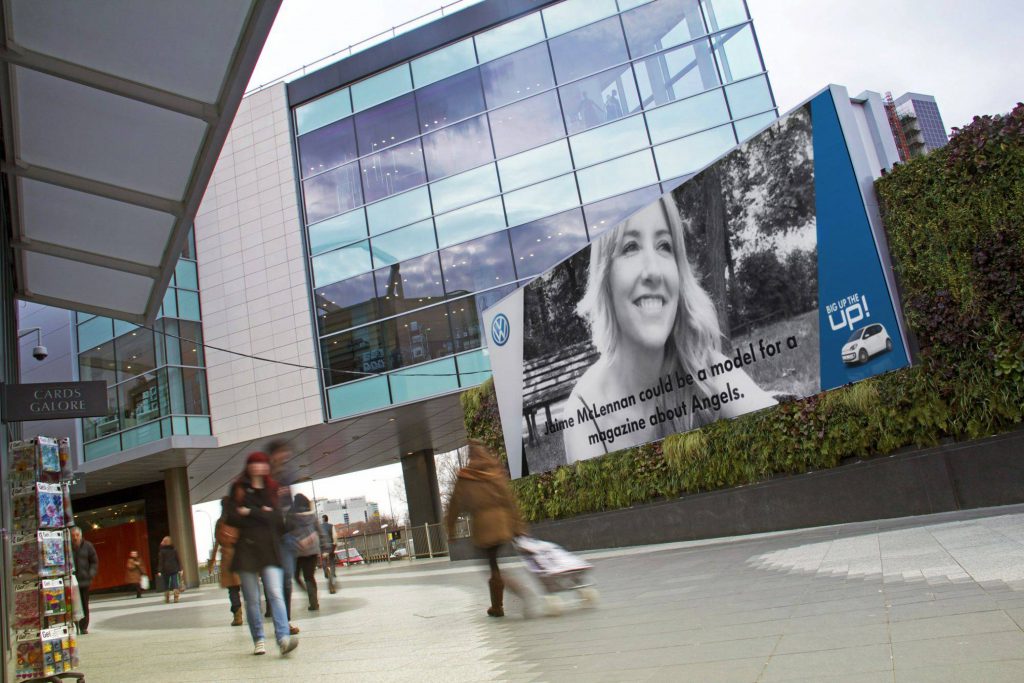 The Big up The up! campaign was booked through MediaCom and runs across all of Ocean’s digital sites, banners and the BP7 location until March 16. Interactive activity focuses on Eat Street at London’s Westfield Centre and the Liverpool Media Wall.

The campaign utilises the Volkswagen UK Facebook page by asking users to pay a compliment to the new Volkswagen up! model.  Volkswagen then returns the compliment by showing an image of fans accompanied by flattering remarks.

A special tab has been created on the VW UK Facebook page to allow compliments to be paid to the new compact up! and a large red buzzer was created to alert people to submit their complimentary remarks.

From March 5 to March 16 people can watch the Facebook page live on the outdoor screens.

DDB UK created the concept and content with support from Box Light Media for the Facebook build and the innovation department at Ocean Outdoor.