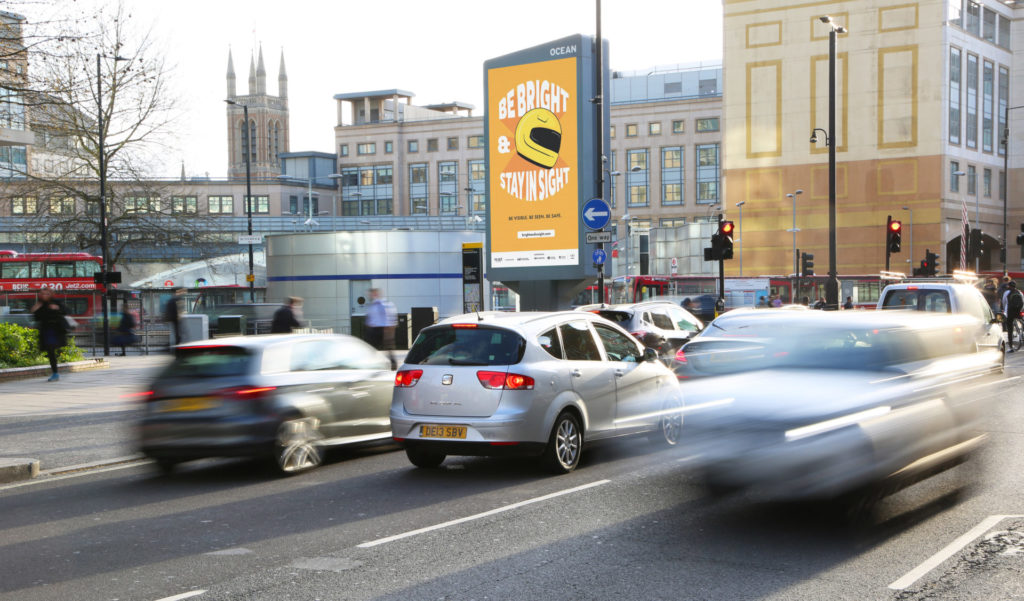 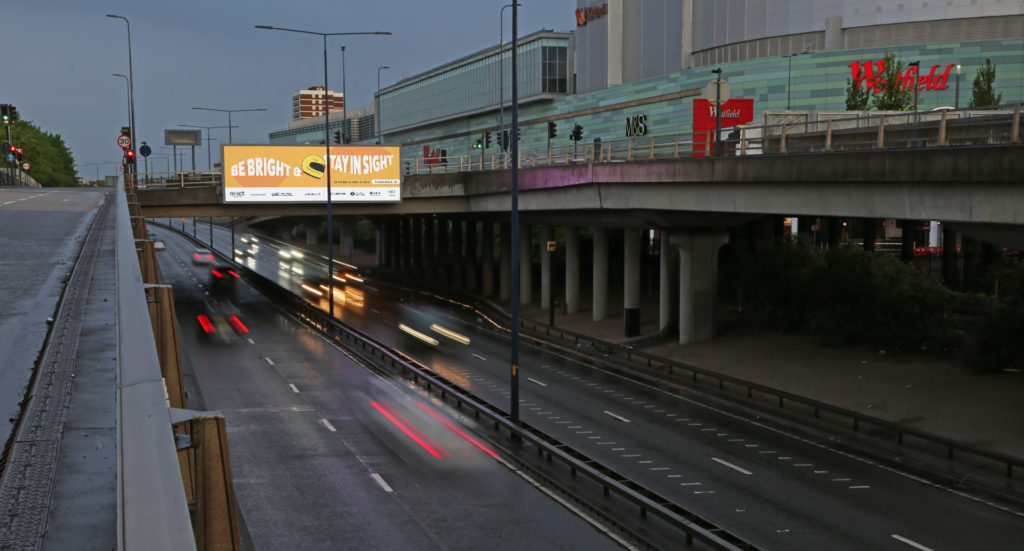 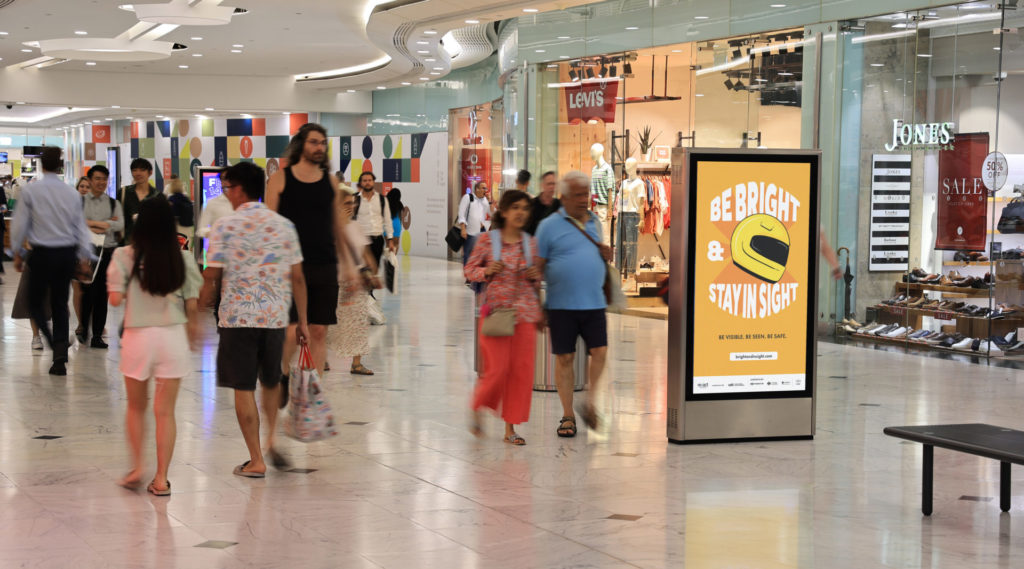 The Re:act road safety behaviour change initiative challenges university students to raise awareness among 18 to 25-year-olds about road safety issues. As part of the programme, a panel of government safety and industry partners works with students to develop their road safety campaigns and selects the most compelling one.

The winning Re:act 2022 UK campaign, ‘Be Bright and Stay In Sight’, was created by Beatriz to help prevent and reduce the high incidence of motorcycle casualties among young road users.

The campaign sends a strong message that by working together we can all help reduce the disproportionately high road toll among 18 to 25-year-old motorcyclists, raising awareness among motorcyclists to wear bright clothing and position their motorbikes so they can be easily seen while encouraging other road users to also watch for motorcyclists.

Beatriz’s campaign is now appearing on Ocean’s Loop screens in Canary Wharf, on the Westfield London digi-bridge, Gipsy Corner on the A40 and at the busy Hammersmith roundabout.

“It has been great to work on a project with the potential for such positive impact,” said Beatriz. “I hope that this campaign does make a beneficial change in road safety.”

Ocean’s chief revenue officer Nick Shaw added: “With young people disproportionately impacted by motorcycle crashes, it’s important that we communicate with road users about how to make safer decisions to prevent and reduce the number of casualties.

“Ocean’s roadside network across London is perfectly placed to deliver these messages. This is the third year we have partnered with Re:act. It’s an important initiative and we’re pleased to continue that support by giving young creative talent an opportunity to showcase their work in the places where it matters the most.”

Re:act founder and CEO Andrew Hardwick said: “The selected campaign for 2022 also once again shows what can be achieved when young people are given a voice in road safety, with the simplicity of Beatriz’s direct message and strong graphic helping to address a major road safety risk for her own age group.”