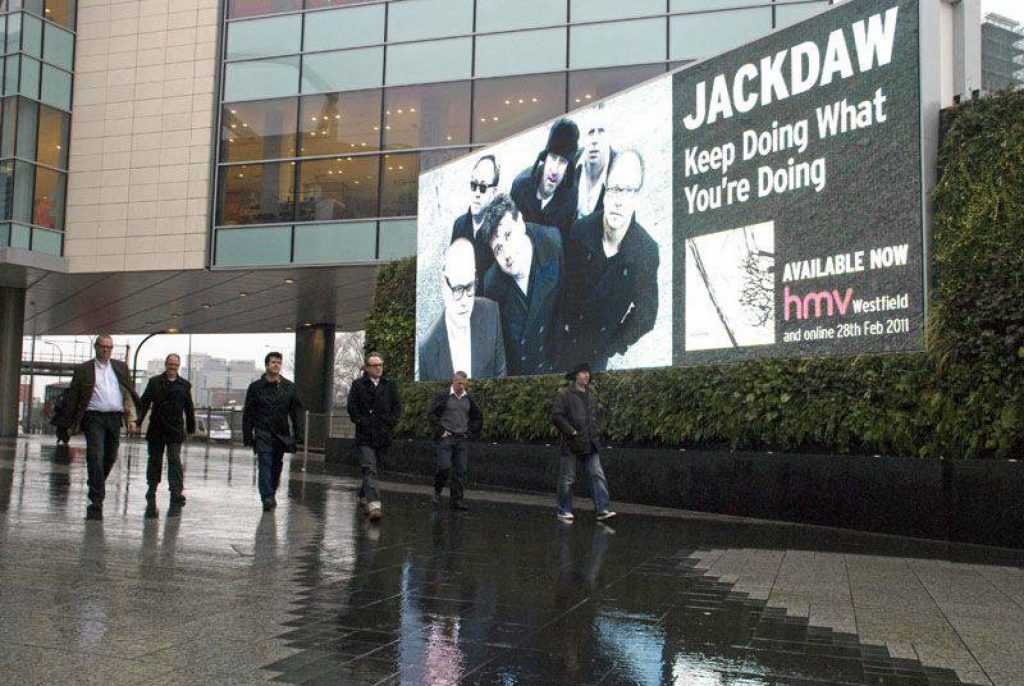 Ocean worked with local West London band Jackdaw on the launch of their debut album, “Keep doing what you are doing”.

Jackdaw,  who have developed a fierce live reputation, launched the album on Saturday 19th February gaining listings from HMV stores in both Hammersmith and the prestigious Westfield London shopping mall.

The album was promoted on two of Ocean’s sites both in close proximity to the HMV stores, the P10 at Hammersmith and Westfield Eat Street ,  the activity coinciding with personal appearances of Jackdaw at both West London HMV stores.

Richard Malton, Marketing Director – Ocean Outdoor  – “Ocean are keen to work with and support the local arts scene, whether this be bands such as Jackdaw or other local artists. The flexibility of digital allows us to use our inventory creatively when we have availability”

Charlie Hugill, Jackdaw – “Everyone in the band comes from West London, and our gigs are local too.  So it makes sense to promote the album using media that targets our audiences in locations they pass regularly.  Hammersmith and Westfield are right in the sweet spot for this and Ocean’s digital sites fit the bill perfectly.”

Hear more from Jackdaw on  http://www.myspace.com/jackdawlondon