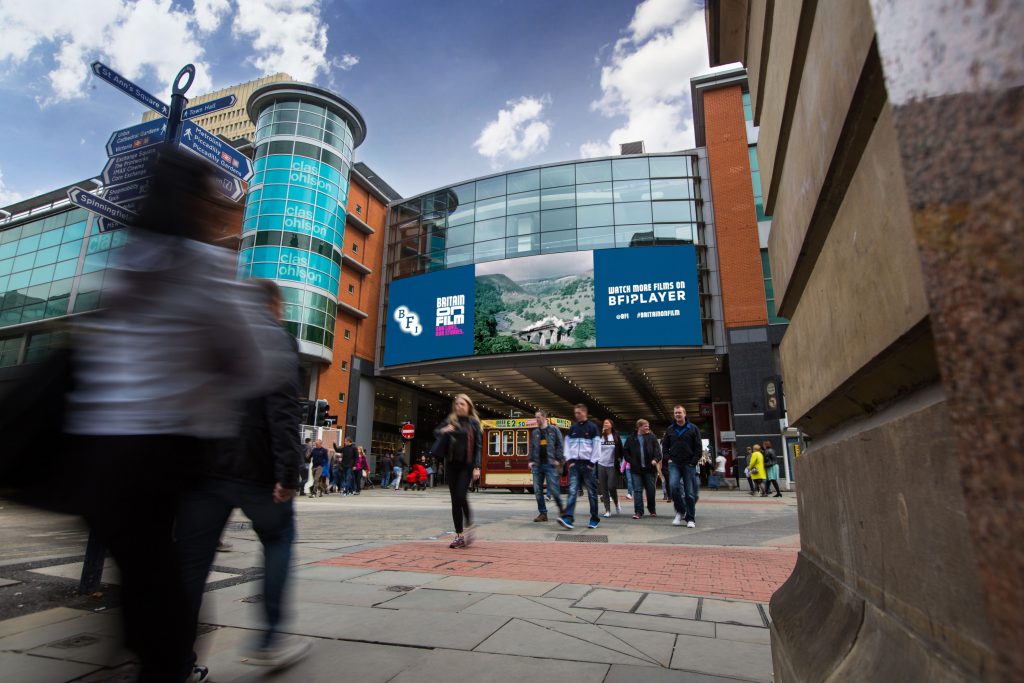 Remarkable film and local television archive footage of British life will be broadcast across Ocean’s large format digital out of home screens in a partnership with the BFI which launches Britain on Film today.

Britain on Film is a new project that reveals hidden histories and forgotten stories of people and places from the film and TV archives of the UK. From today, the archive goes digital on BFI Player, giving everybody in the UK access to search for and watch thousands of film and TV titles about where they live, grew up, went to school, their family, friends – or any subject of interest.

Archives clips relevant to the local region will be broadcast by Ocean on outdoor screens in Glasgow, Birmingham, Leeds, Manchester, Liverpool and London from August, with a Britain on Film trailer featuring across all the screens from today.

Ocean marketing director Richard Malton said: “Britain on Film is a superbly intimate portrait of the diversity of British life revealed through professional and amateur footage of vanished landscapes, urban and rural communities. Ocean’s screens will put this content right back into the heart of the communities where it was originally filmed, through short clips of newsreels, advertisements and home movies, creating a deep link between the past and present of the country.”

Robin Baker, Head Curator, BFI said: “For 120 years cameras have captured almost every aspect of life in the UK on film, but too often these have been inaccessible to all but the most determined researchers. Now Britain on Film is transforming access to films from the UK’s archives and making them available, no matter where you live.”

Britain on Film curators have found extraordinary footage of ordinary people. These include: the world’s earliest surviving home movies from 1902; the first film to be used as evidence in a court of law in Chesterfield Evidence (1935); forgotten TV show The Bradford Godfather (1974) featuring the founding father of the city’s Pakistani community; and Shetlanders dressed as walrus, sheep and Vikings celebrating an Old Norse Viking Festival in 1927.