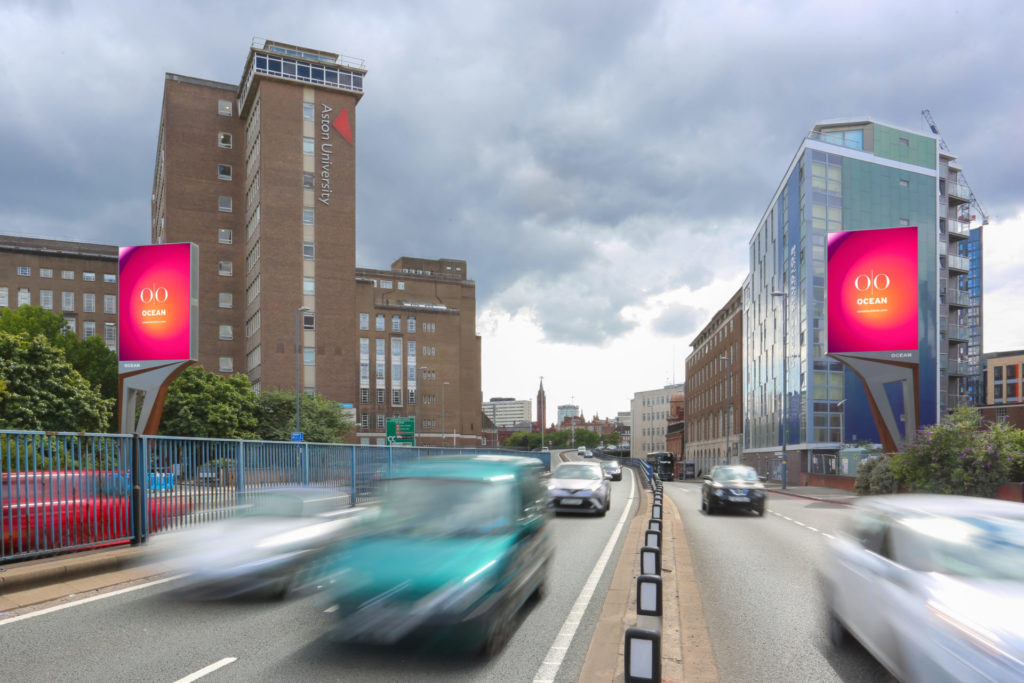 Modern and acknowledging the city’s innovative status, The Two Towers ® Birmingham talks directly to affluent commuters and business audiences traveling in both directions in A38 Aston Expressway.

Dominating the advertising skyline of Birmingham’s busiest inner-city route, these portraits orientated screens capture the traffic to and from Birmingham’s International Airport, Grand Central station and the retail, business and entertainment districts.

Birmingham is the most diverse of England’s core cities and the magnet city in the region for young people (38%), students, skilled workers and entrepreneurs seeking high quality, affordable home and lifestyles outside of London.

The Two Towers Birmingham is another milestone in Ocean’s unique digital cities for digital citizens proposition which were designed to meet the needs of a smart and world-class city such as Birmingham.

The power and impact of digital out of home is proven. According to Ocean’s neuroscience research study:

To find out more about how Birmingham can work for your brand email Nick Shaw.