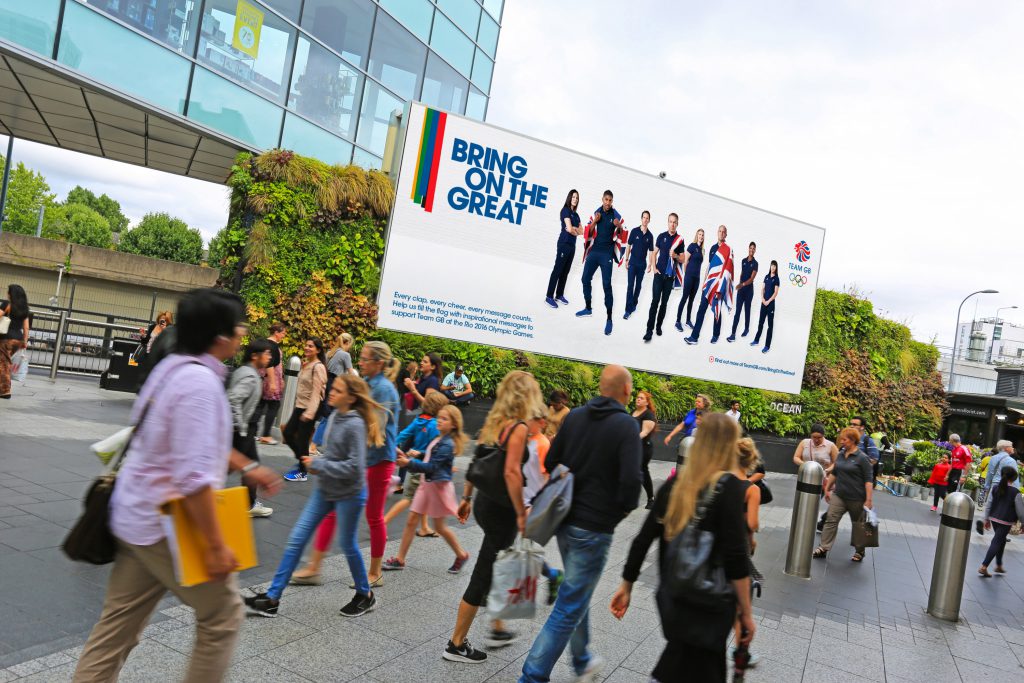 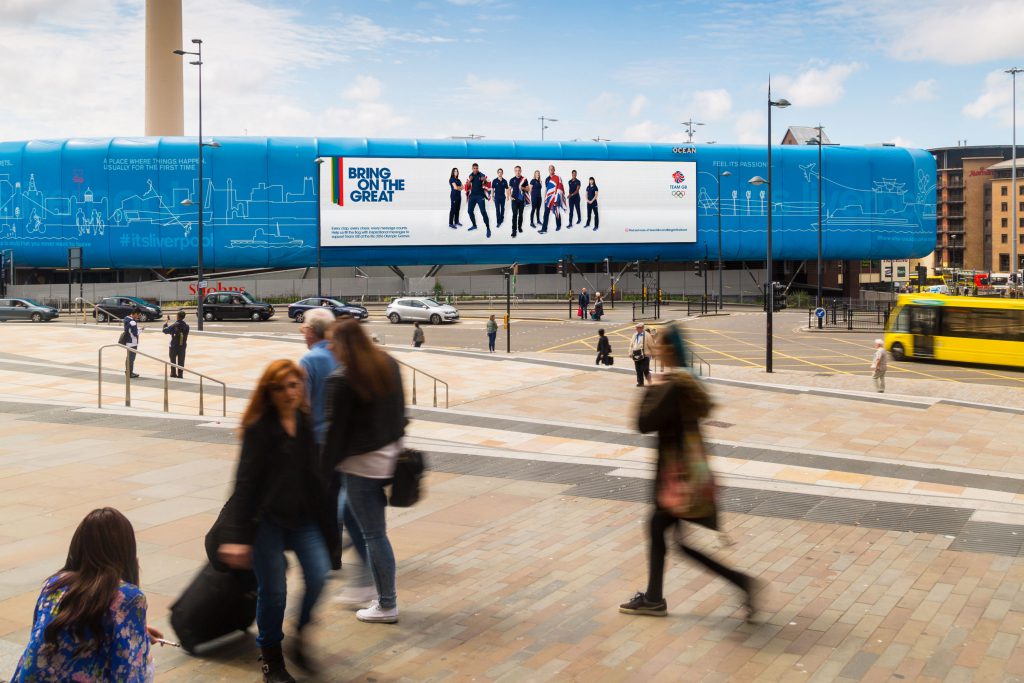 Ocean Outdoor has become official outdoor media provider to Team GB in the run up to the 2016 Olympic Games in Rio.

As part of the deal, Ocean will support Team GB’s “Bring On The Great” campaign, bring real time update and news, orchestrate digital activations with commercial sponsors and help engage and build a massive social network of British supporters.

Ocean marks the beginning of its sponsorship across its UK portfolio this week (from August 5th) with the announcement of the Team GB Greats, the eight Team GB role models who will act as role models for the athletes preparing to compete in Rio and to inspire the nation to get behind ‘Bring on the Great’ in support of Team GB at the Rio 2016 Olympic Games.

Wednesday, August 5th marks one year until the Opening Ceremony of the Rio 2016 Olympic Games.  Through a combination of Team GB Greats, the activation of a new fan club and the “Bring on the Great” campaign, Team GB is looking to achieve a record performance at the Games.

Announcing the sponsorship, Ocean marketing director Richard Malton said: “We are both delighted and honoured to be selected by Team GB as their official media supplier. Ocean is a British business built on passion, excellence and a desire for success, values it shares with the British Olympic team.

“Through this partnership, we will receive exclusive real time content throughout the build up and during the Games, announcements, highlights, records being broken and medals being won all by Team GB, bringing the excitement of the Games to the UK’s biggest cities. This presents a high impact opportunity to amplify sponsors’ campaigns.

“One of Team GB’s principal aims is to create a wave of national support throughout the country in the build up to and during the Games, and digital out of home will be a key player in priming that audience through our portfolio of UK screens.”

Bill Sweeney, CEO of British Olympic Association, said: “Ocean is the perfect fit for our Team GB 2016 marketing campaign.  Having a digital out of home partner with such a strong national presence on high impact screens compliments what we are doing through our own digital channels and the physical plans we have for Live Sites during Games Time.

“The partnership will provide a huge boost for the Team GB brand and our commercial partners as we together look to reignite the nation’s support for Team GB in the build up to the Rio 2016 Olympic Games.”

Ocean’s media partnership runs until the end of 2016.