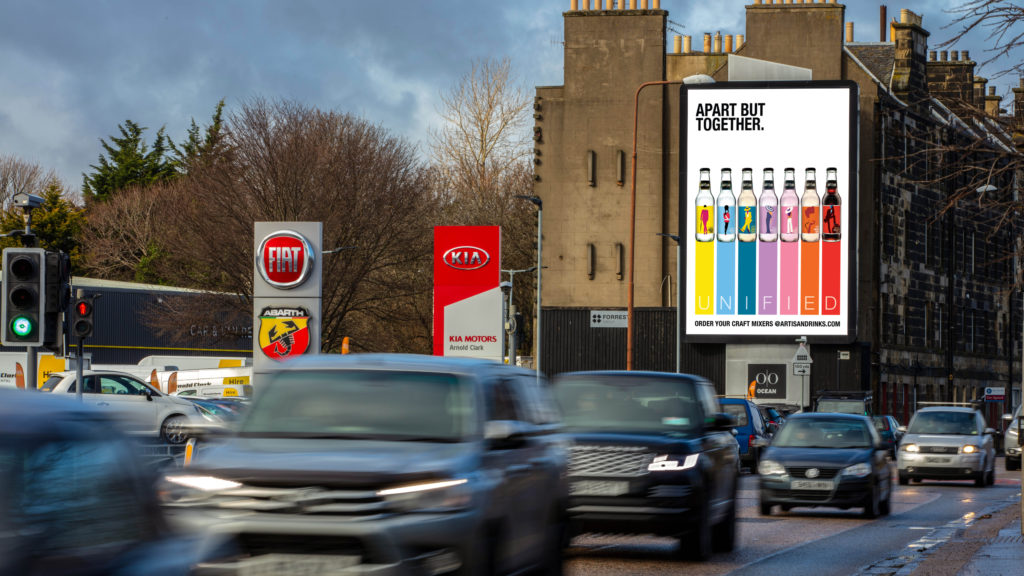 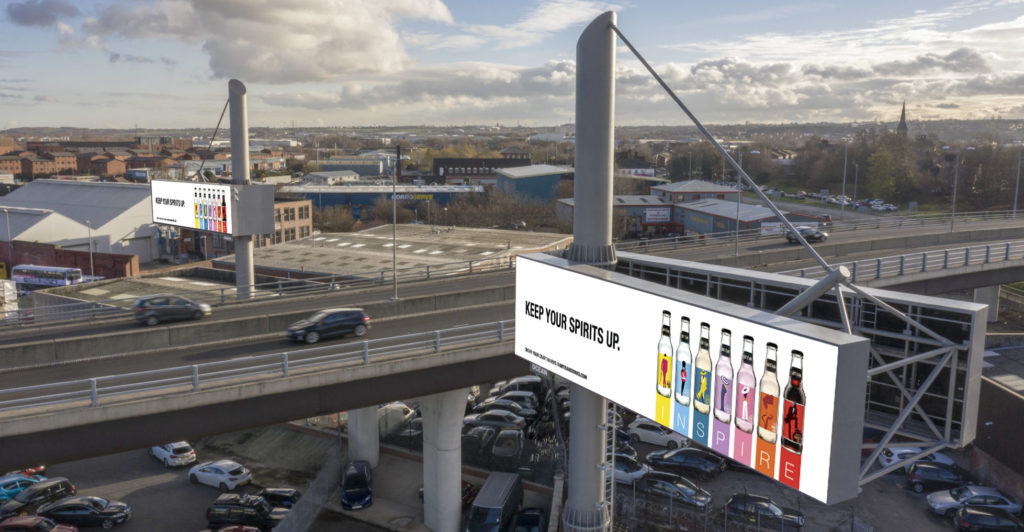 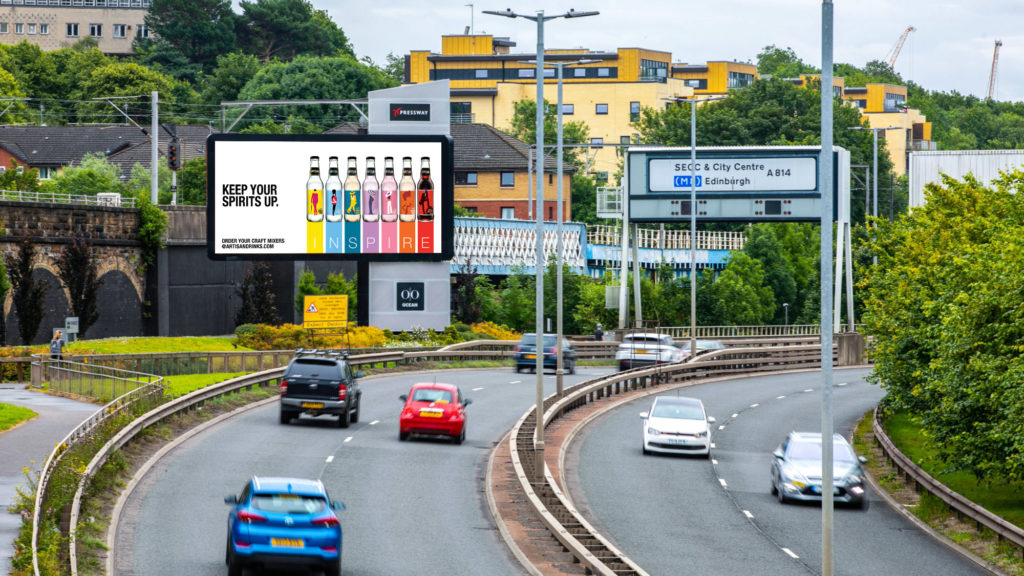 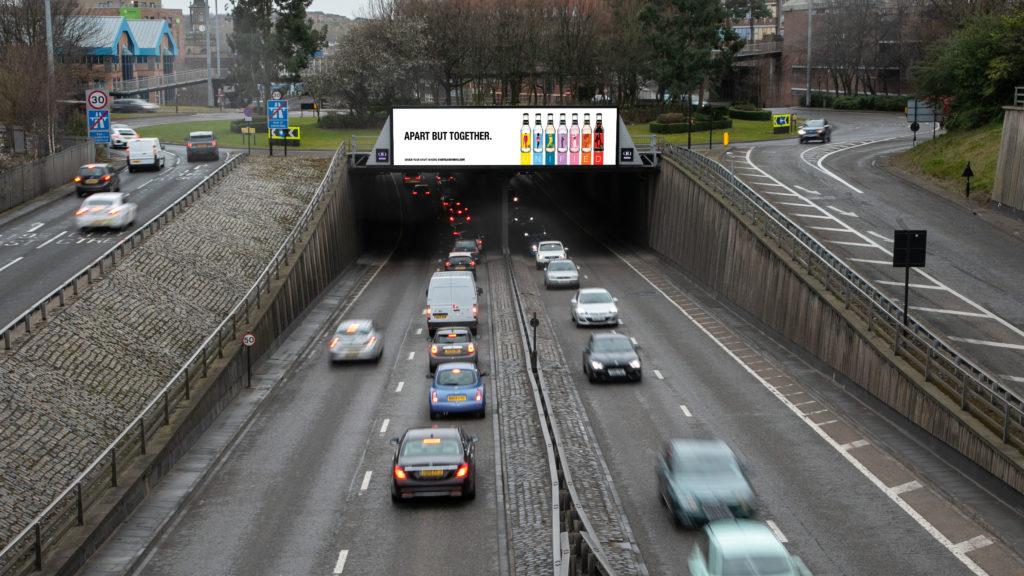 The Artisan Drinks Co. has joined forces with Ocean in a long term collaboration which will support the international roll-out of its innovative craft mixer drinks.

The multi-million pound agreement will create widespread awareness for the Artisan Drinks range throughout the UK, showcasing their art and mixology-inspired range of premium tonics, smoked cola and fiery ginger beer.

Their first campaign features the seven different Artisan premium mixer drinks in a colourful rainbow layout, positioned to promote positivity at a time when everyone is working together to fight coronavirus. A range of words and messages aim to inspire and promote creative ways of social distancing including UNIFIED – at home but together, INSPIRE – keep your spirits up and MIXITUP – creative cocktails at home.

The campaign is carried across 73 locations in Leeds, Glasgow, Nottingham, Edinburgh and Newcastle and underpins the brand’s signature artwork, created by Artisan co-founder and artist Alan Walsh.

Ocean’s joint managing director Phil Hall said: “Ocean is a keen supporter of UK based entrepreneurial businesses, working as an active partner to fully leveraging the impact and creative capability of our screens to build brand fame. Partnering with The Artisan Drinks Co is the obvious match for Ocean and our Art of Outdoor proposition. We’re delighted that Artisan have developed their first campaign to reflect the positive spirit which is flowing through communities at this very difficult time.”

Steve Cooper, co-founder of The Artisan Drinks Company, said the partnership with Ocean Outdoor offers the perfect, high profile platform to increase awareness of the range and the launch campaign was aimed at sending out a positive message during the current crisis.

“Both our team and the team from Ocean Outdoor has worked very quickly to turn this “Rainbow” campaign round, to fit in with the national sentiment of brightening up the towns and cities across the UK. This is obviously a very challenging time for us all, but if there is any positive it is the bringing together of communities and the creativity which often comes out of adversity” he said.

The new campaign is also aimed at raising awareness and encouraging people to buy Artisan Drinks online and create their own cocktail & mocktail recipes.

“One of our founders Mikey Enright is a very talented mixologist, earlier this year he won the title of global Gin Bar of the Year for his Barber Shop venue in Sydney. We hope this campaign might help to inspire others to create their own cocktails and use the time we all have to learn new skills,” he said.

“Overall we’re delighted to have signed this partnership with Ocean Outdoor who we believe are also pioneers and innovators in their category, their screens provide unrivalled impact and awareness which will undoubtedly take our Artisan Drinks business to the next level.”

The Artisan Drinks range has recently been increased to seven mixer drinks with the launch of their Fiery Ginger Beer which is made with 100% natural ingredients and comes with added kick of chilli. The new mixer joins the versatile range of Classic & Skinny London Tonic, Violet Blossom Tonic, Pink Citrus Tonic, Agave Lemon Tonic and Barrel Smoked Cola. Artisan is currently listed in UK retailers Harvey Nichols, Amazon, 31 Dover, Masters of Malt and many premium bars, hotels and restaurants. Founded in 2018, Artisan Drinks is locally produced in the UK and sold across the UK, Europe and Australia.