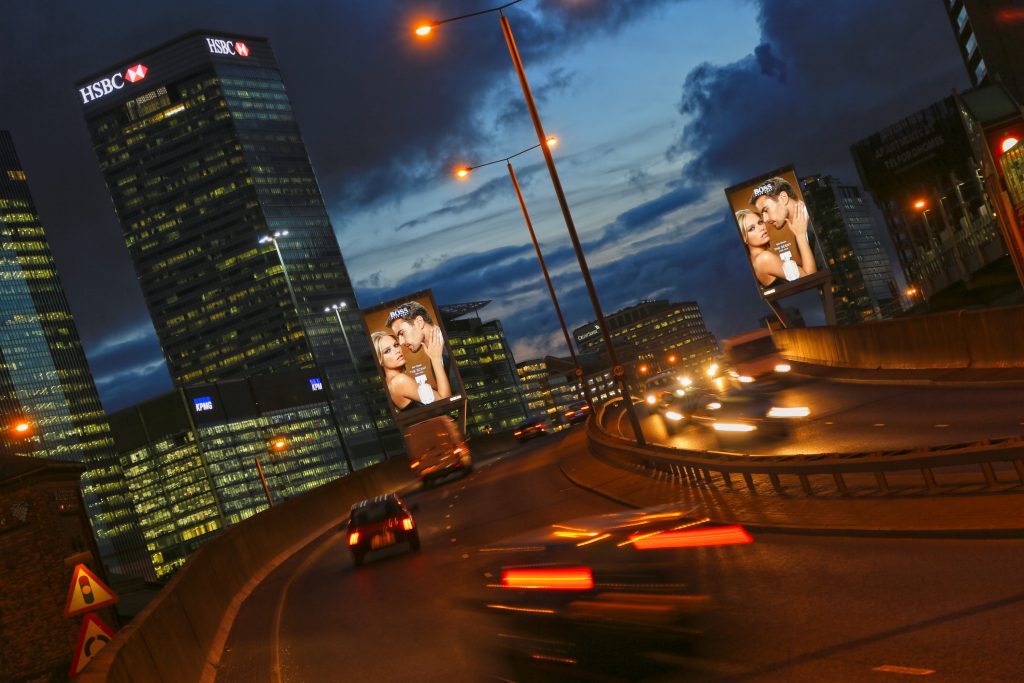 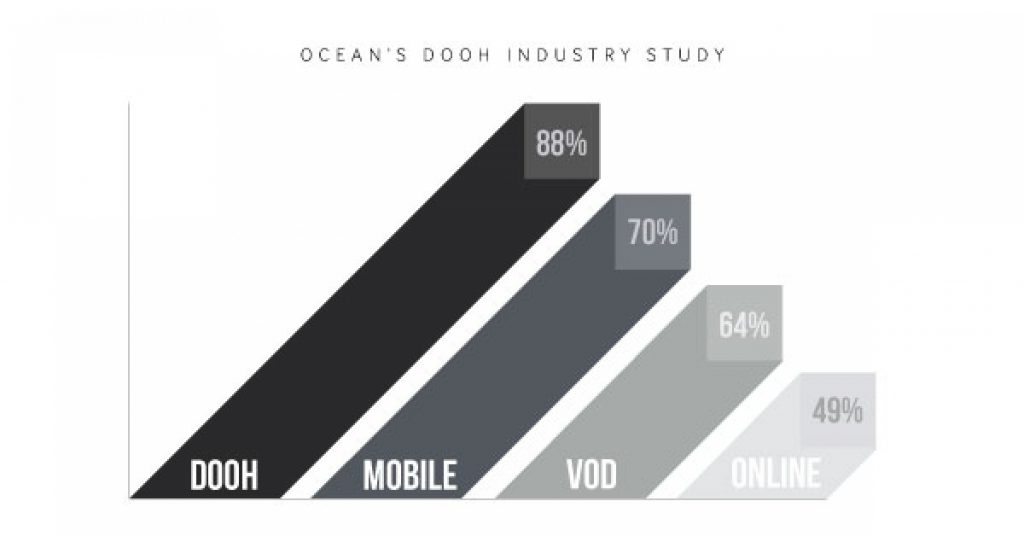 Automated new technologies like Vehicle Recognition Technology and its play-out reports have boosted trust amongst media agencies in digital out of home as a reliable, transparent and powerful advertising channel.

According to an industry study published by premium out of home owner Ocean Outdoor, digital out of home (DOOH) continues to outstrip mobile and video on demand as the channel with the greatest growth potential.

Ocean conducted its second annual survey of senior managers in media agencies and specialists to assess the role of DOOH in the current media landscape and identify the impact of new research, data and trading initiatives.

Key findings from the study reveal:

Ocean Outdoor marketing director Richard Malton said : “Digital Out of home’s evolution as a sector which is driven by data and real time creative opportunities allowing brands to trade by audiences, dayparts and hyperlocal environments.

“It is these innovations which are driving the industry’s positive emotional response to digital out of home which is increasingly regarded as a glamorous, powerful and reliable environment for brands.”

Cost and flexibility continue to be issues respondents highlighted as issues to be addressed.

“Over the past 12 months, we’ve made significant advances with bespoke interfaces, new ecosystems and delivery platforms which are designed to unlock the inherent capabilities DOOH as a central component to any media plan.”