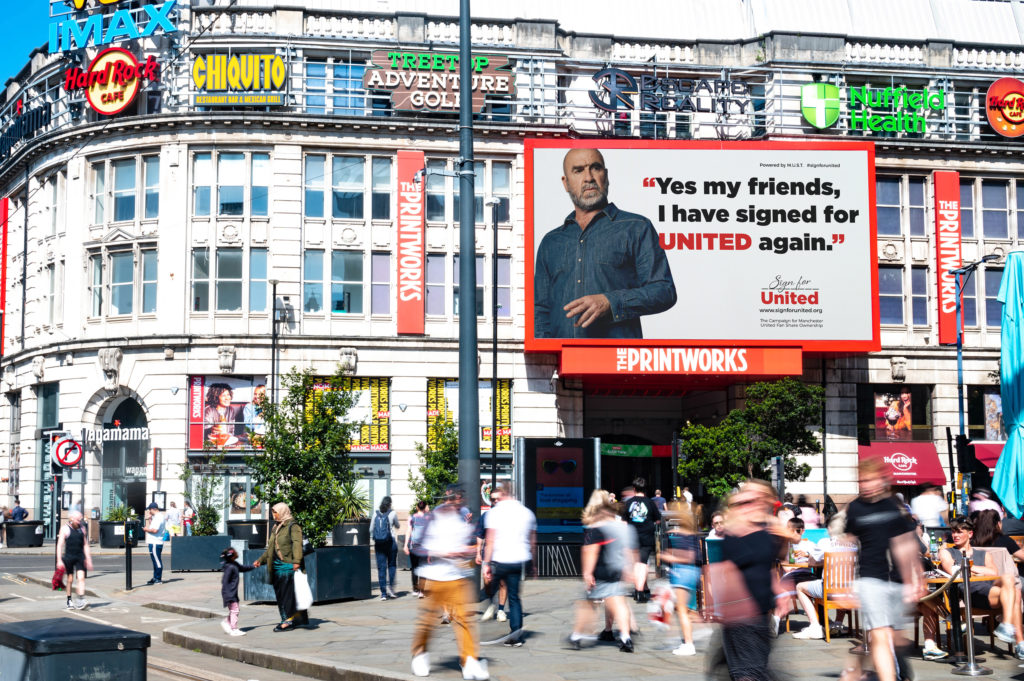 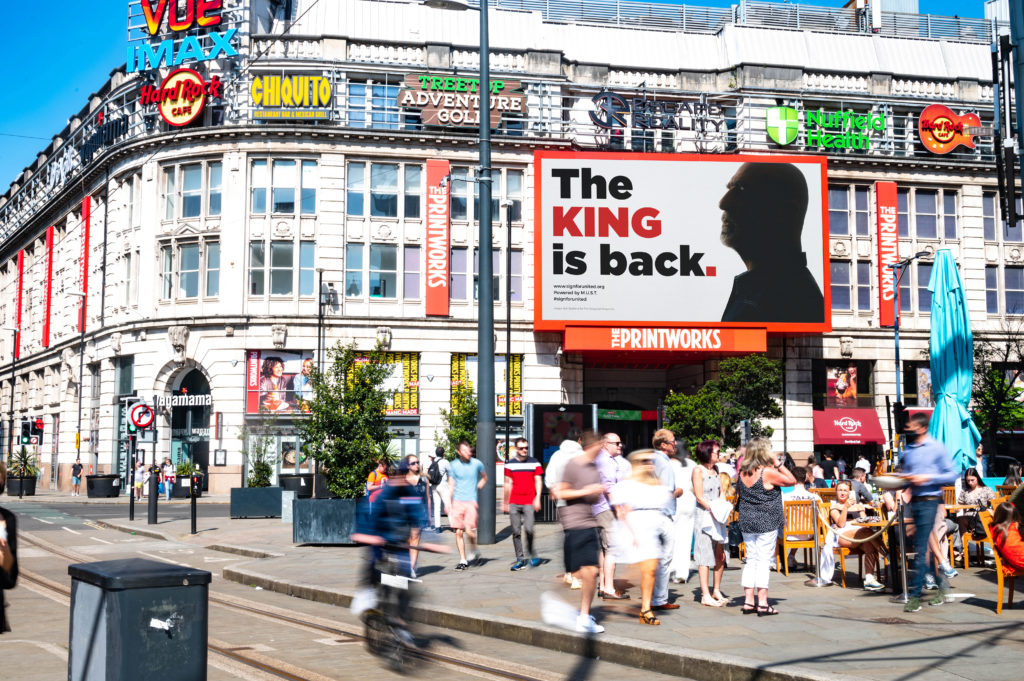 The Manchester United Supporters Trust (MUST) today (June 25) launches its new “Sign for United” campaign which allows United fans to register their commitment to become a supporter shareholder in the club as part of a new fan share ownership scheme which has been promised by the current owners in response to demands from MUST.

The first signatory to the fan engagement campaign is none other than Eric Cantona whose distinctive profile appears on Ocean’s large format digital screens in Manchester today, accompanied by the message The King is back. The iconic photograph was taken by Neil Bedford.

A second, subsequent execution features Cantona announcing “yes, my friends, I have signed for United again.”

The DOOH campaign will be promoted across social channels by MUST which is inviting Manchester United supporters to see it, snap it, share it 😉 #SignForUnited. The campaign was created by The Cernis Collective.

MUST chief executive Duncan Drasdo said: “Once again Eric Cantona is leading the attack for United and we as United fans need to follow his example – and join the Sign for United campaign. No-one loves the club more than we do so fans should be at the heart of ownership. This is our chance to start that change.

“Joel Glazer promised to create the biggest supporters share scheme in sport – now is the time to make good on that promise.”

MUST – Government review should create “Supporters Right to Buy”

Last week, MUST made the case for the government to require football club owners to allow fans to buy shares in their clubs as part of a “Football Right to Buy” scheme.

Under the proposals made, club owners would be required to create new shares each year, to be sold to club supporters, allowing fans to grow a meaningful shareholding over time.

Duncan Drasdo said: “A football club is a cultural and community asset, and the best people to protect these assets for the long-term are the supporters. Under our ‘Football Right to Buy’ scheme, fans would have an opportunity to grow a meaningful ownership stake over time, allowing them to invest in the clubs they love.”