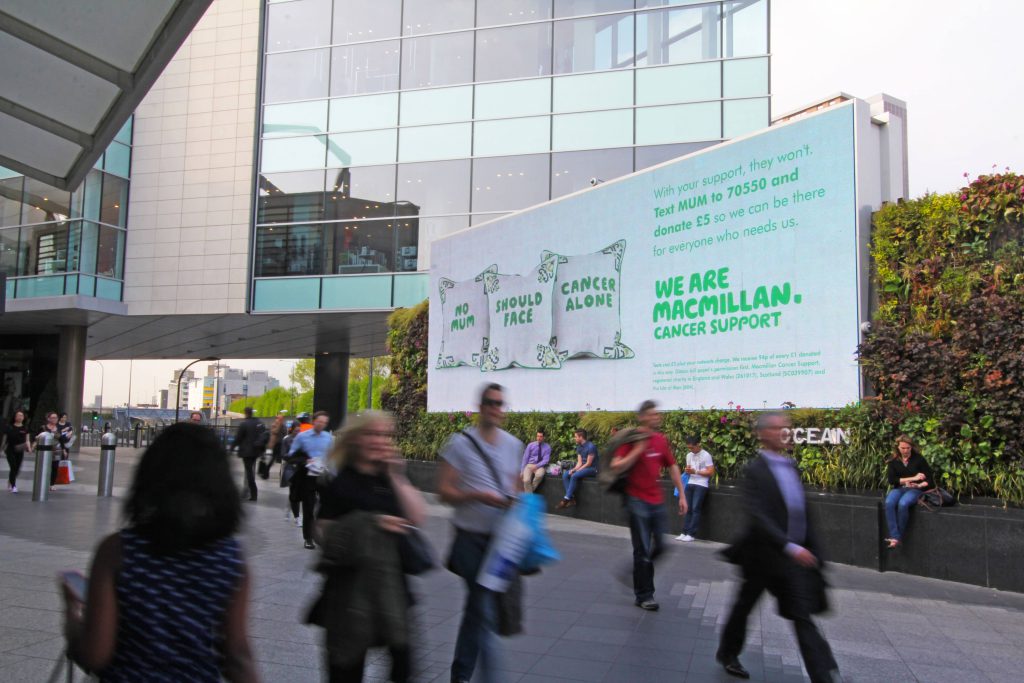 The campaign is running on Ocean Outdoor’s digital screen at Westfield London using the latest “Look Out” camera technology.

When the immediate audience is less that 60/40, a generic ad is shown.

Alison Sanders, head of brand at Macmillan Cancer Support, said: “The number of people living with cancer is set to double from two to four million by 2030 and every one of them will need a team of people in their corner supporting them.

“Being able to communicate that message by using Ocean’s new outdoor technology is a media first for Macmillan and allows us to really personalise our messages to help raise vital funds so that no one faces cancer alone.”

Richard Malton, marketing director of Ocean Outdoor, said: “Given that one in three of us will get cancer at some point in our lives, we are delighted that our technology can be used to enhance the relevance of this important campaign, transforming how people interact with Macmillan.”