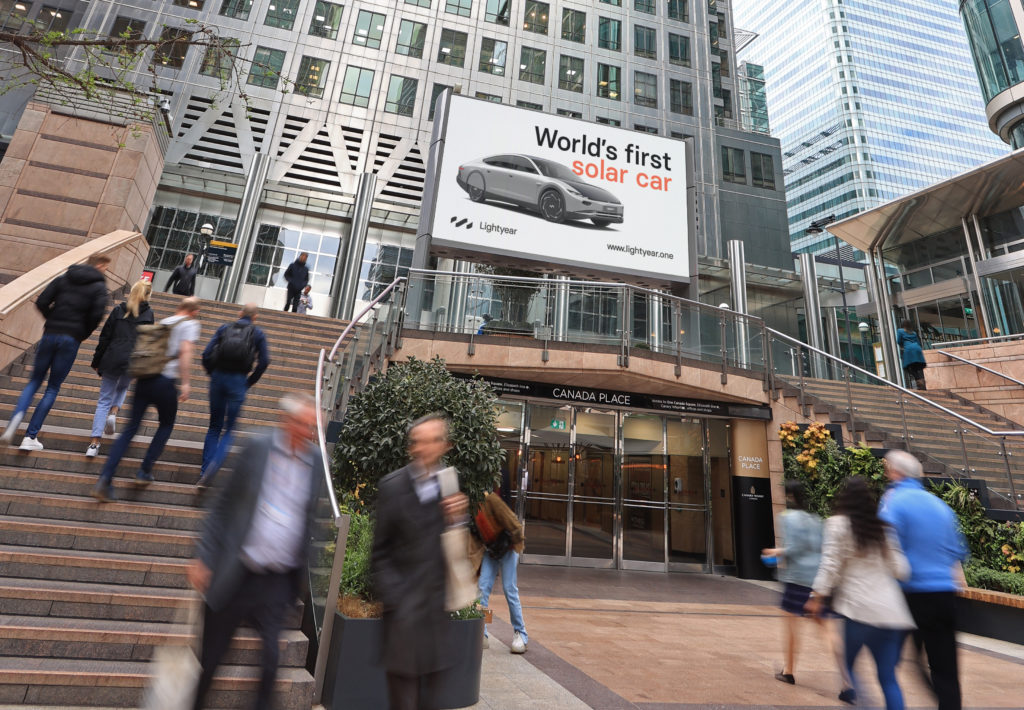 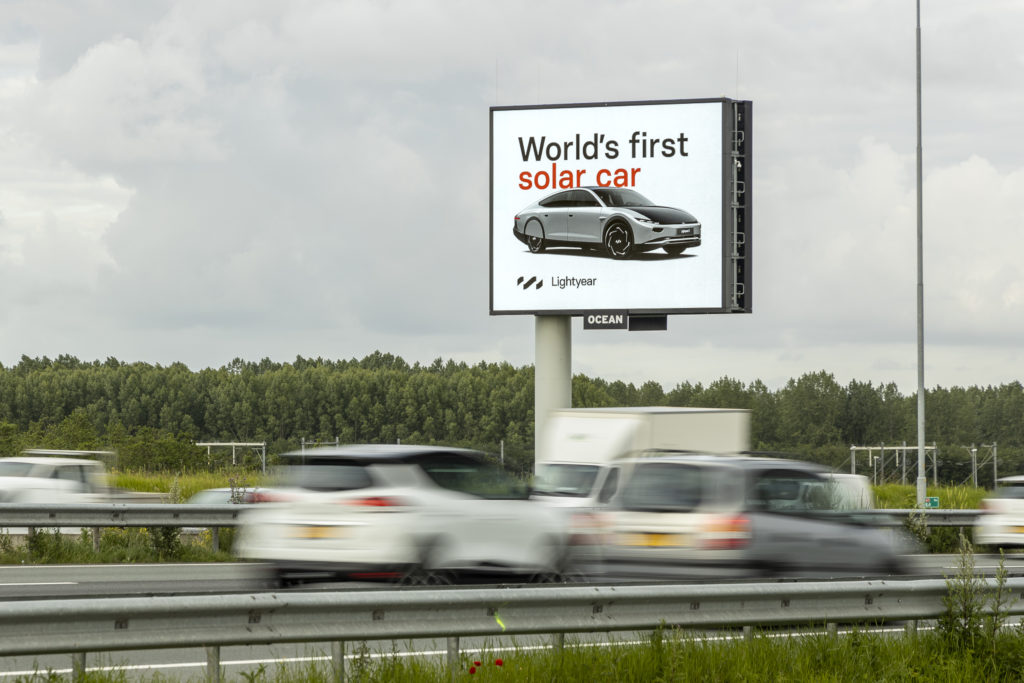 The campaign, which breaks for seven days on Monday, June 13, features Lightyear’s production vehicle, Lightyear 0. It forms part of the vehicle’s European launch.

The production car takes centre stage in the outdoor campaign which appears on Ocean’s entire portfolio in Amsterdam, The Hague, Rotterdam, Utrecht, Eindhoven and Westfield Mall of The Netherlands. In the UK, the car makes its exclusive debut on The Screen at Canary Wharf in London.

After six years of R&D, design, engineering, prototyping, and testing, the premier solar car is slated to go into production this autumn. It will enable drivers to freely travel for up to seven months without plugging into a household outlet or charging station.

Since its inception, Helmond based Lightyear has sought to develop a car that eliminates strain on the planet and the driver; therefore, every design detail has been considered with minimalism, sustainability, and comfort in mind. The sleek dashboard has a 10.1-inch touchscreen infotainment system that permits cloud-based updates, and the interior is composed entirely of vegan and naturally sourced materials such as ecological microfibre suede seats and rattan palm detailing.

A maximum of 946 Lightyear 0s will be produced at a cost of €250,000 to effectively introduce this new form of mobility to the market and move forward with Lightyear’s next model, which is being designed for high volume production at an accessible starting price point of €30,000 (production set for late 2024/early 2025).

To learn more about Lightyear’s mission and the world’s first solar car, go to their website.