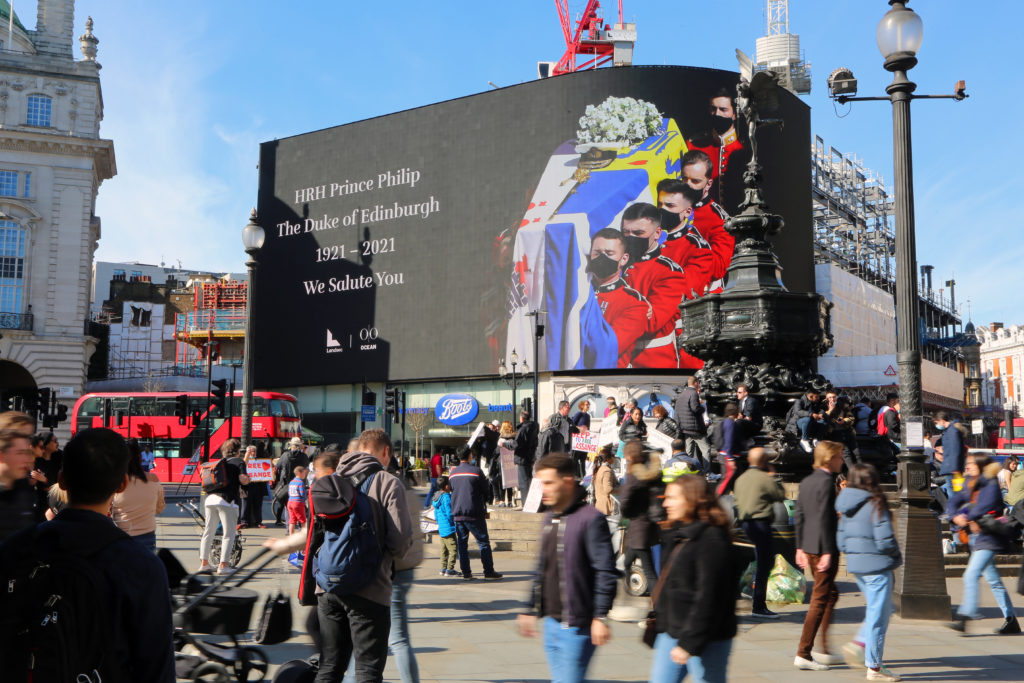 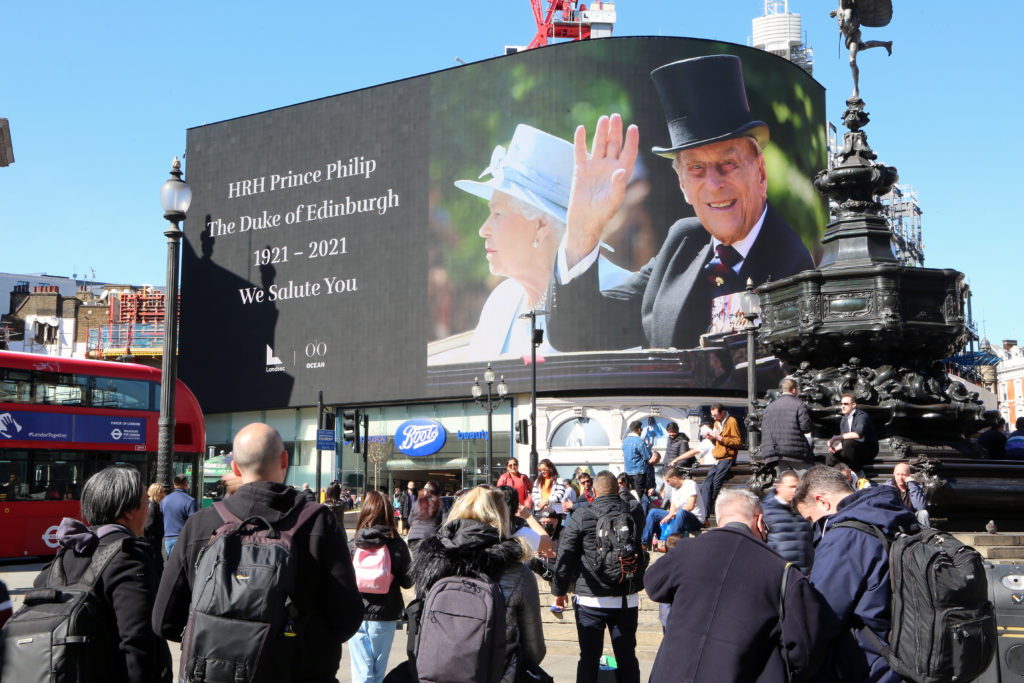 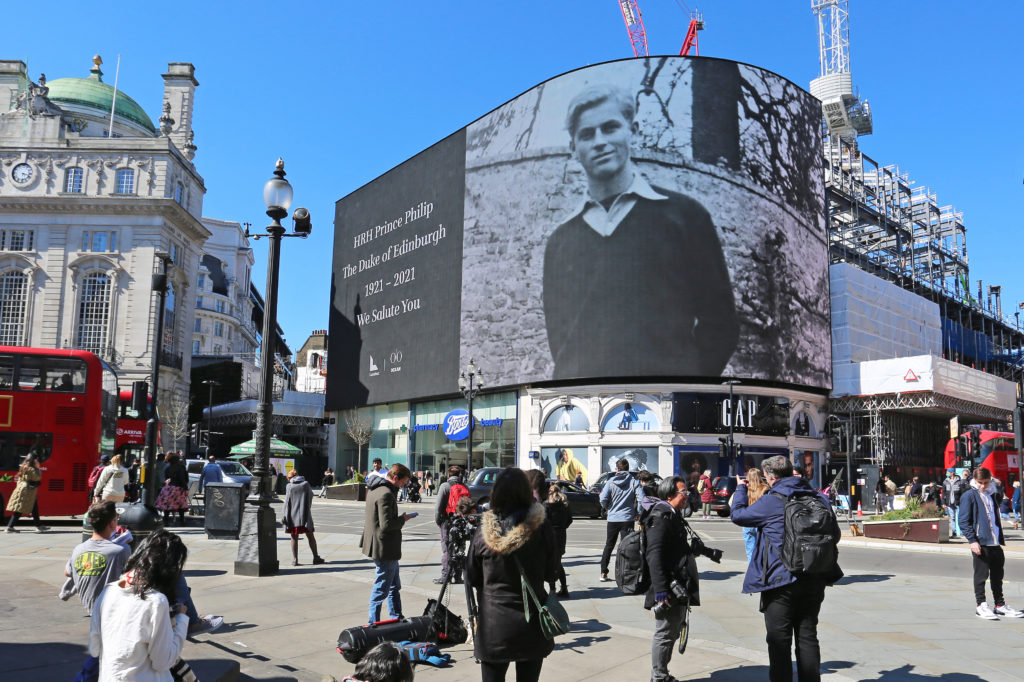 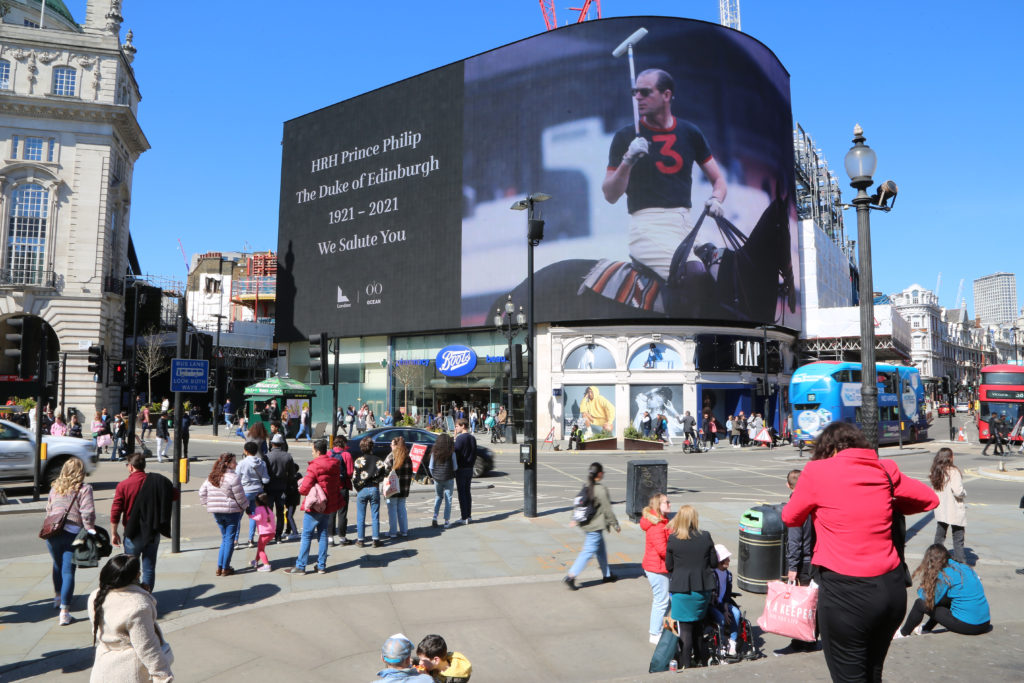 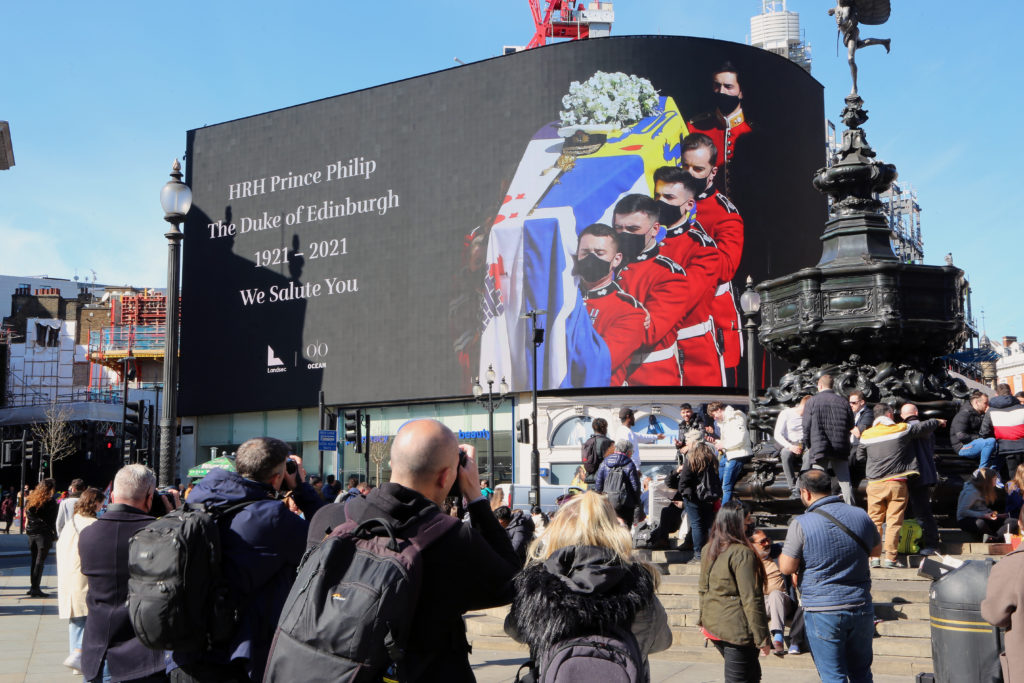 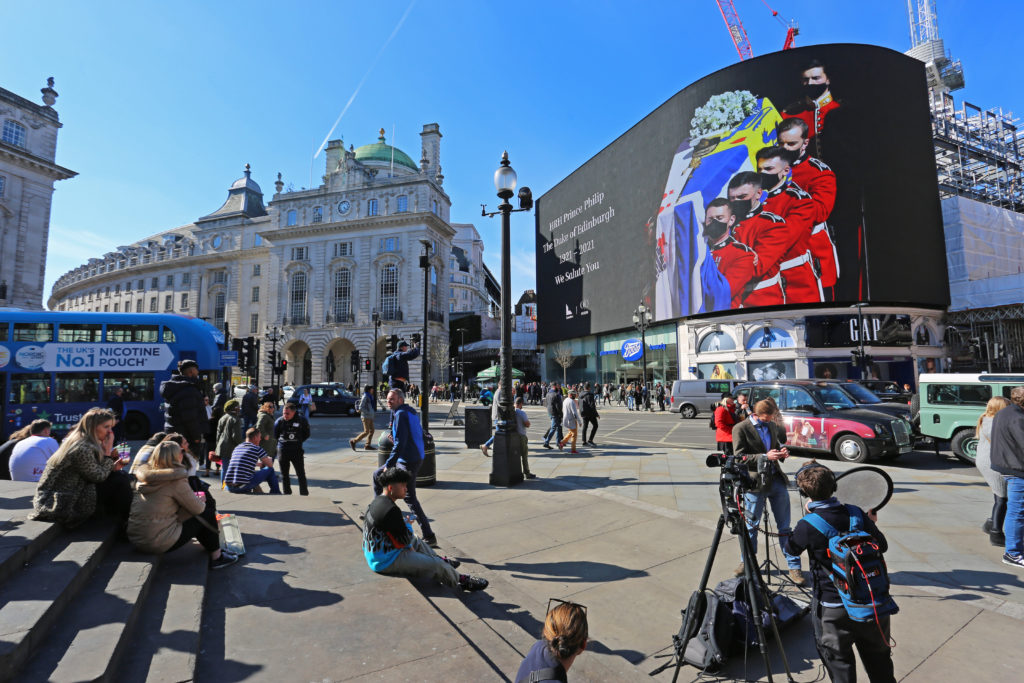 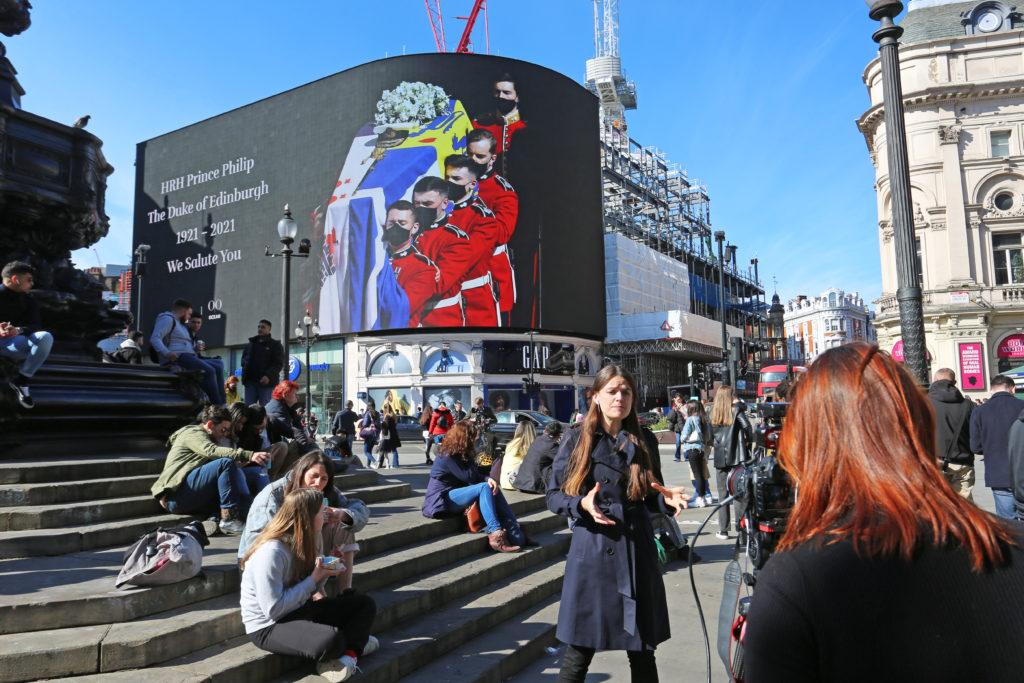 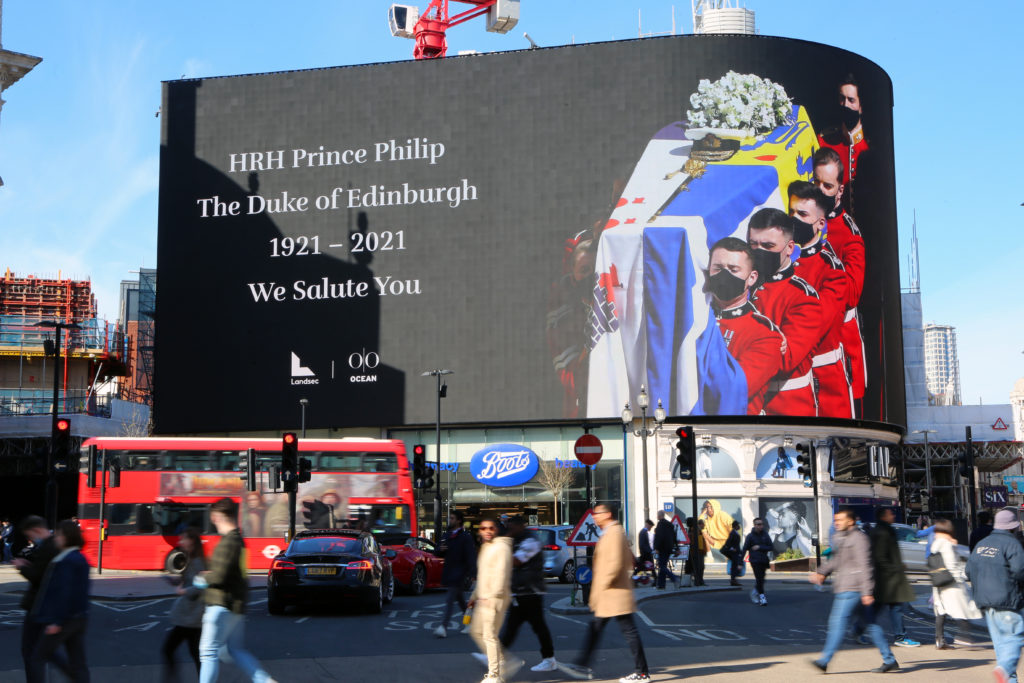 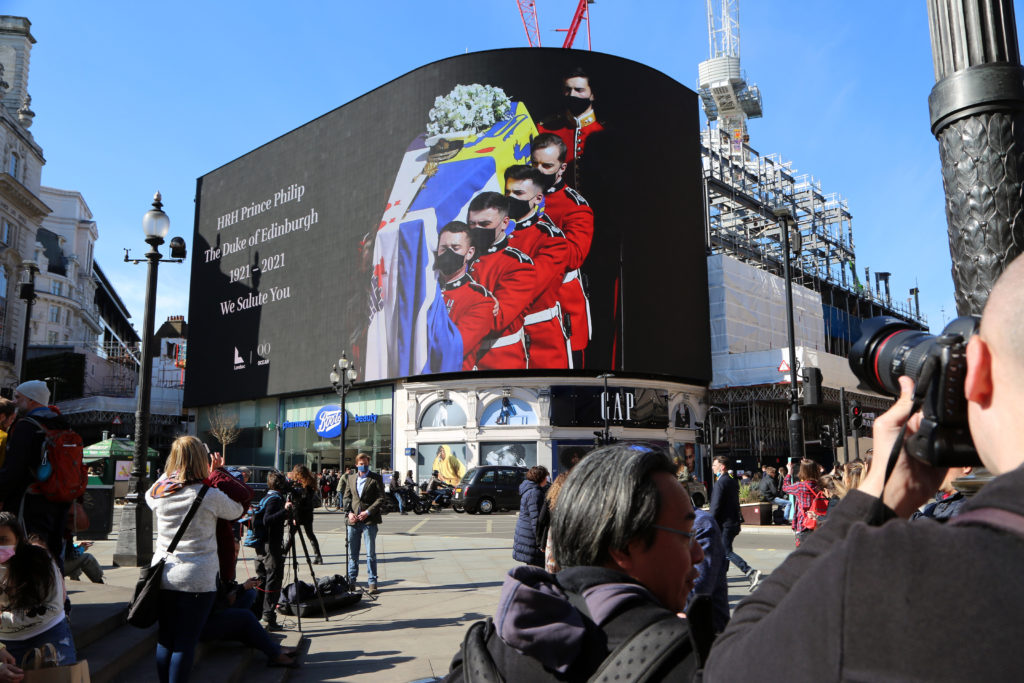 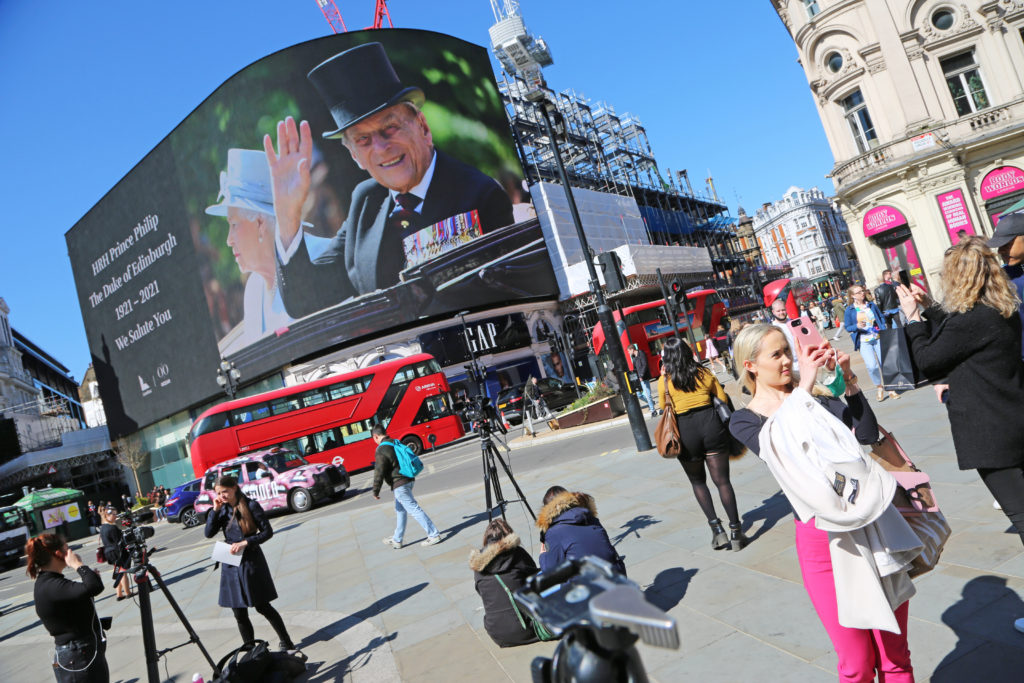 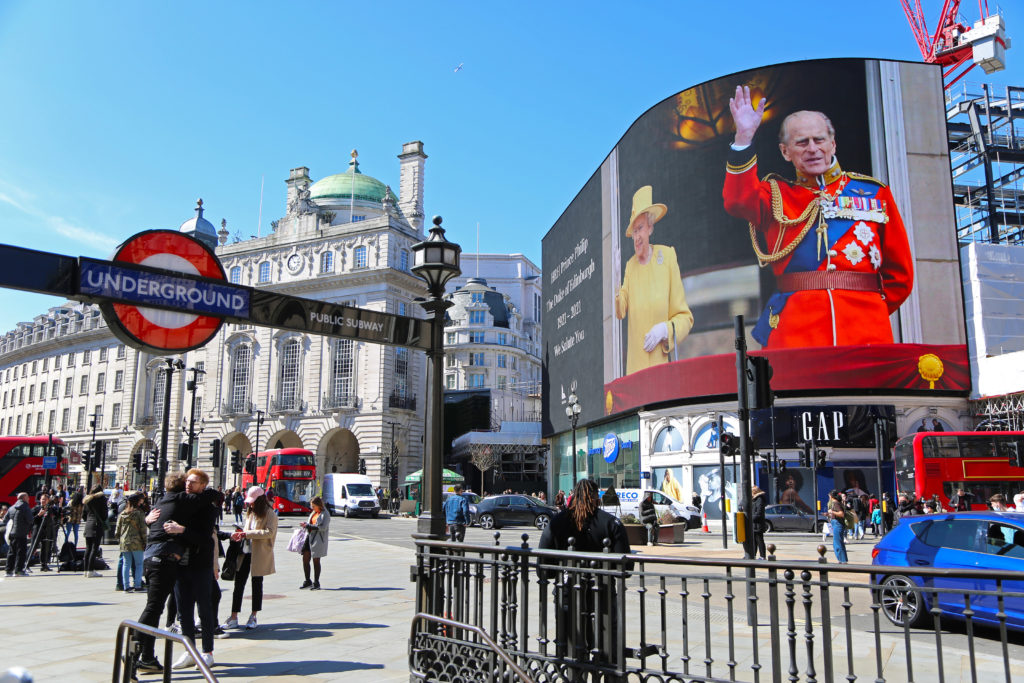 The iconic screen in Piccadilly Circus carried a sequence of historic black and white and colour photographs of the Duke of Edinburgh with Her Majesty the Queen and his family taken over the years.

Nine photographs spanned the life of Prince Philip, from his days at Gordonstoun, his engagement to the Queen in 1947 and on her coronation in 1953, on the polo field, at Balmoral and the Trooping of the Colour. The tribute closed with a picture with the Queen taken to celebrate their Diamond Wedding anniversary.

Shortly after 3pm the screen switched to a photograph from the Duke of Edinburgh’s funeral service as it happened at Windsor Castle.

The space for the four hour salute was given by Landsec, owner of the Piccadilly Lights.

It was created in-house by Ocean Outdoor’s comms and design team and appeared with the agreement of Buckingham Palace.

During the afternoon, the Piccadilly Lights became a focal point for news crews with reporters from TV networks including Franceinfo using the celebrated landmark as a backdrop for their special live programmes.

Advertising was also paused across the rest of Ocean’s digital outdoor screens between 1pm and 5pm on Saturday, April 17 as a mark of respect.