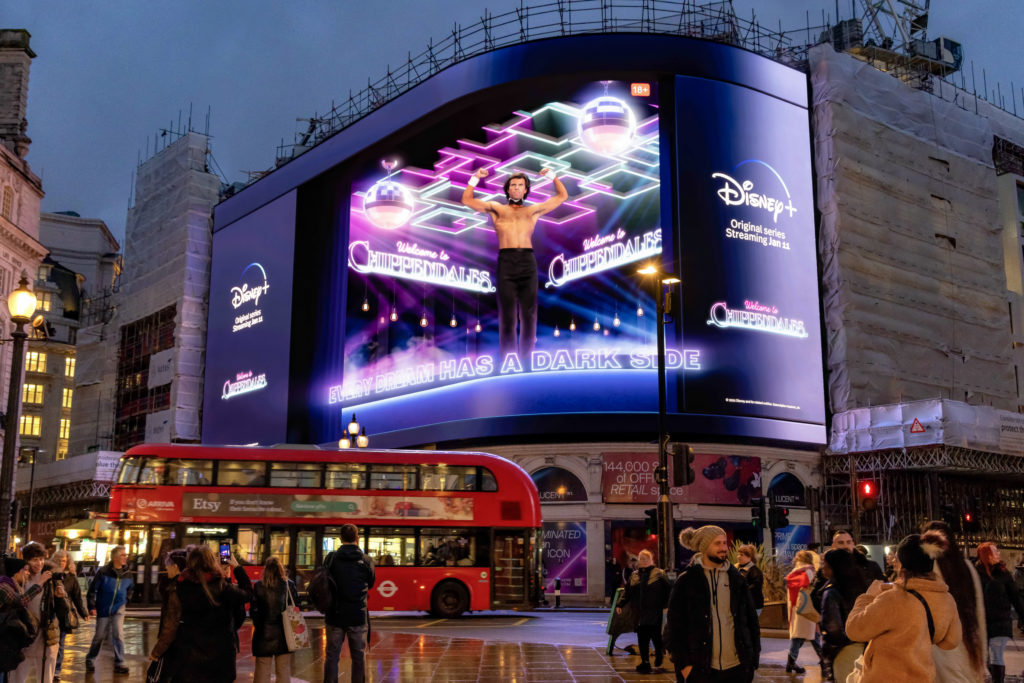 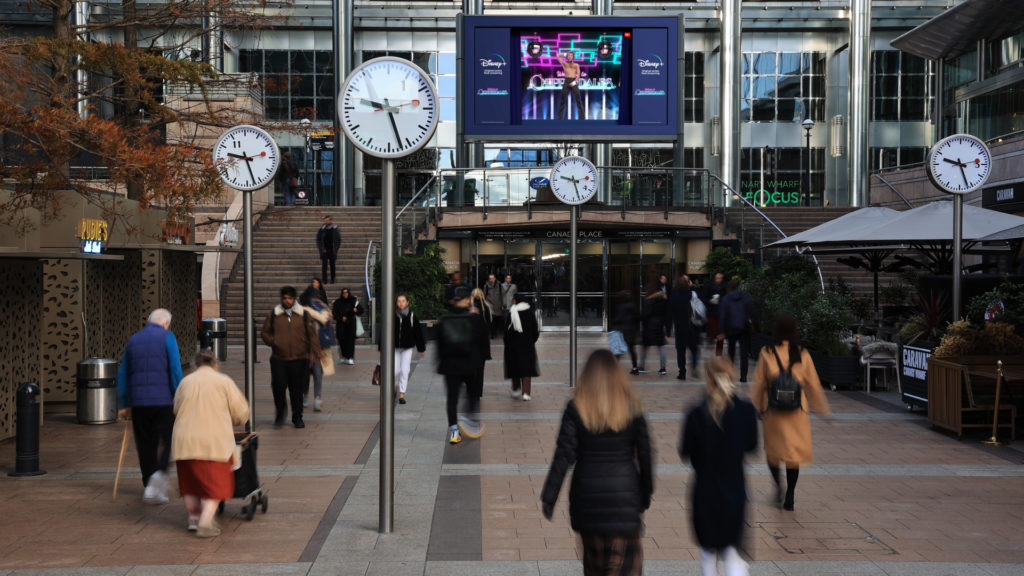 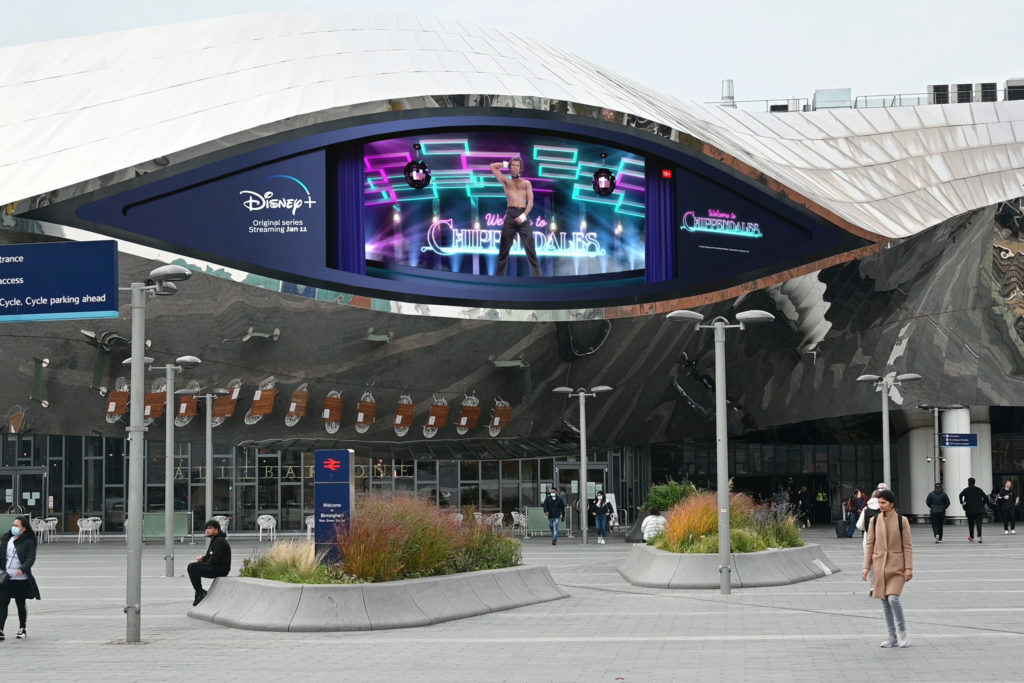 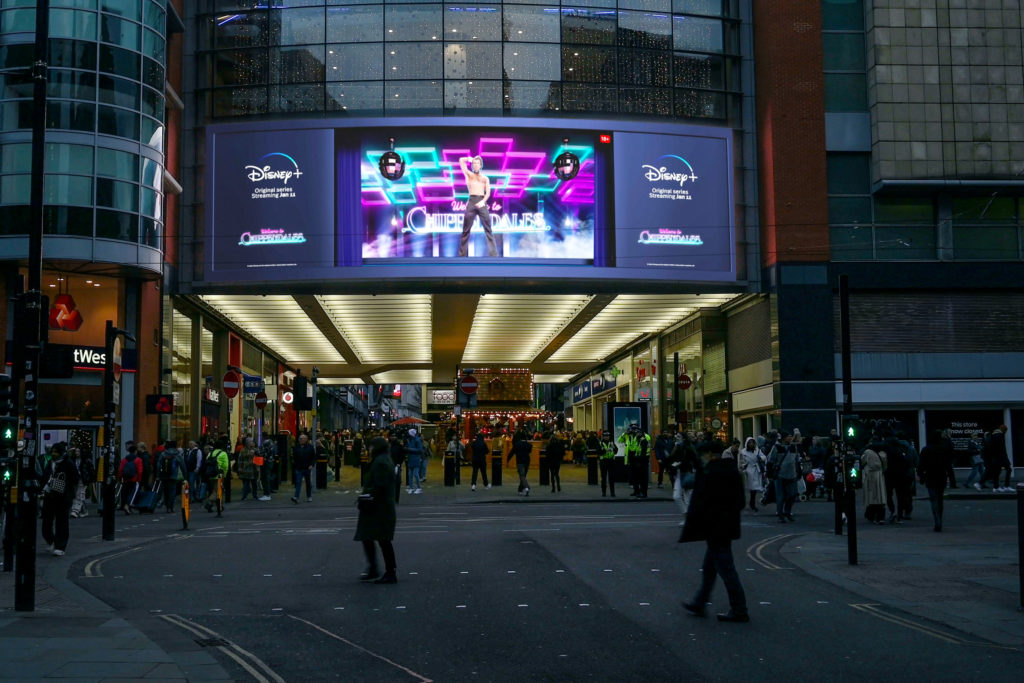 Disney+ marks the UK premiere of its true crime saga Welcome to Chippendales with a sizzling 3D out of home showcase across 11 Ocean screens including the iconic Piccadilly Lights in London.

The activation sees larger than life bare chested dancers performing a series of signature moves on a nightclub floor, disappearing before their tantalising trademark finale.

The anamorphic sequence, which features Welcome to Chippendales actors Kevin Mylrea, Quentin Plair and Mikey Graceffa, was shot before a blue screen and warped to create a 3D illusion using Ocean’s Deepscreen™ technique.

The OOH showcase is the centre piece of a UK wide cross channel media campaign supported by multiple touchpoints including TV, social, digital, radio and digital audio. Planned by Publicis Imagine, the campaign is running for three weeks until January 22.

Tamina Plum, managing director, Publicis Imagine EMEA said:  “We are extremely excited to launch another ground-breaking series for Disney+. Not only will this campaign be a Disney first with Ocean for the national DeepScreen™, but also a media first at Canary Wharf. We look forward to seeing how this execution pushes boundaries in an unexpected way for Disney to delivery on changing perceptions – It’s true, Welcome to Chippendales really IS on Disney+.”

Welcome to Chippendales tells the story of Somen “Steve” Banerjee, an Indian immigrant who became the unlikely founder of the world’s greatest male-stripping empire. The series details the darkly comedic, crime-ridden tale behind the unique male revue that became a cultural phenomenon as Banerjee sought to fulfil his American dream.