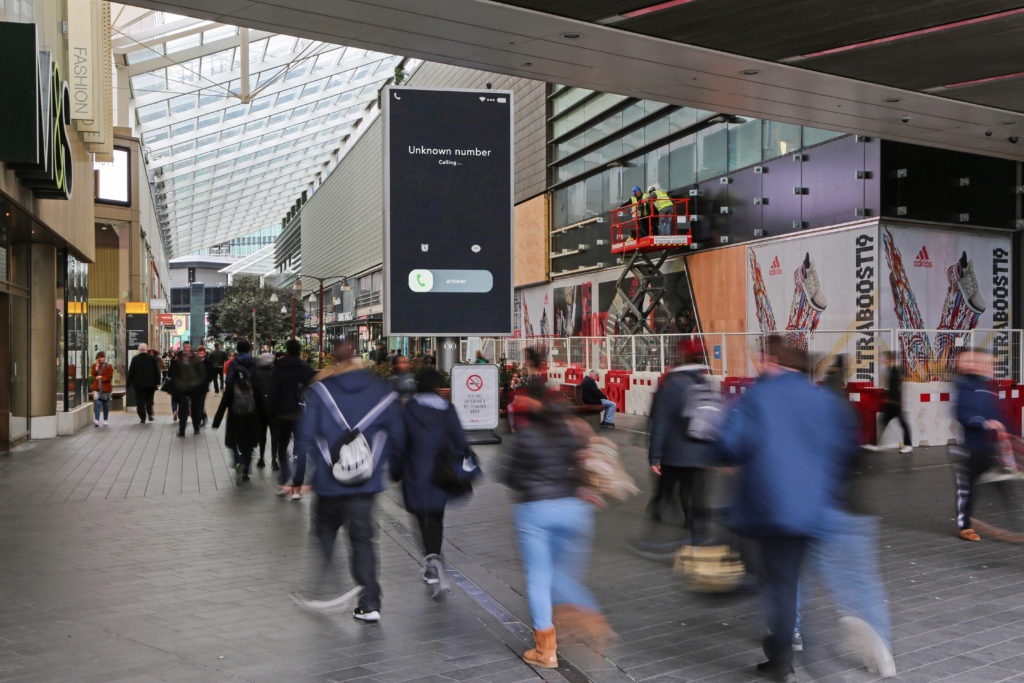 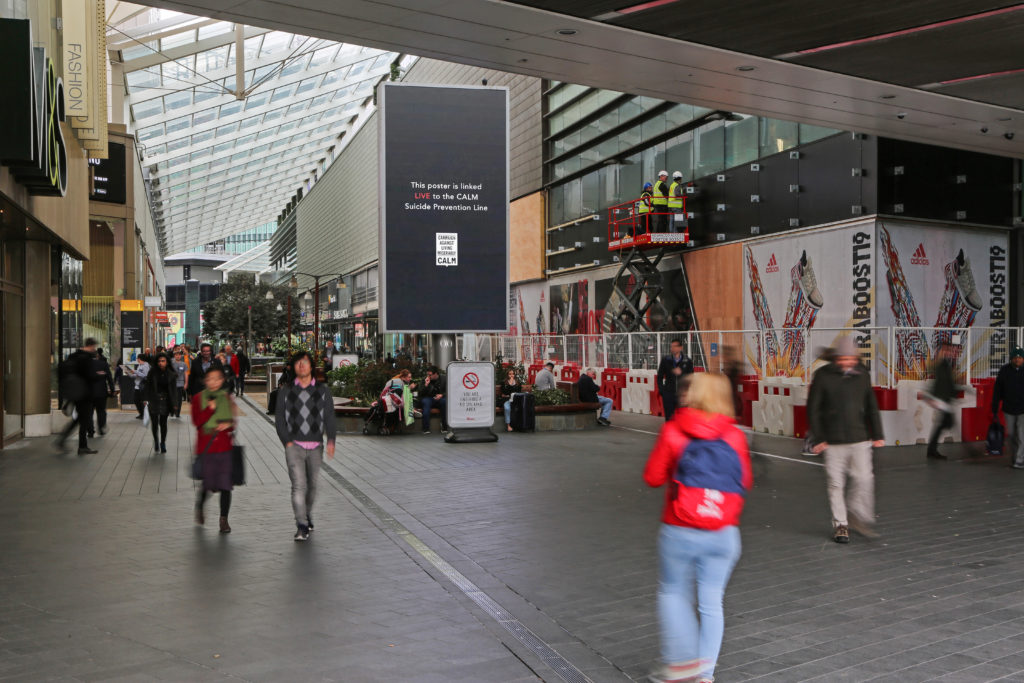 The Campaign Against Living Miserably (CALM) – which is leading a movement against suicide, the single biggest killer of men under 45 in the UK – has launched a hard-hitting visual advertising campaign in partnership with adam&eveDDB and Ocean.

The ‘Call For Help’ campaign demonstrates the number of daily calls answered by CALM and aims to remove the stigma of reaching out, while encouraging people to visit the charity’s website and learn how they can ensure no call goes unanswered.

Activated via Ocean digital displays in London, Manchester and Birmingham which are connected live to CALM’s free and anonymous helpline, the campaign mirrors the incoming calls in real time, showcasing how many people are opening up and receiving support from CALM every day.

From 5pm on April 16, a static ad linked to CALM’s helpline will be interrupted every time a call is answered, alerting passers-by with a loud ringtone to capture their attention. The screens will switch to a ‘call in progress’ phone screen, demonstrating in real time how many calls are being answered. It will also emphasise the immediacy with which people can be helped when they’re experiencing a difficult time.

With the ambition to help save more lives and ultimately remove the stigma around suicide, the campaign is designed as a show of solidarity in terms of people coming together to talk about difficulties they’re facing.

Mike Sutherland, executive creative director at adam&eveDDB, said: “No one knows when they’ll need the support of CALM, for themselves or for someone they love, so we wanted to create a campaign that would hit home with people by showing just how much the helpline is needed and why it is vital for saving lives. Not only do we wholeheartedly believe in what CALM is doing, it’s exciting to have a client who is so open to taking risks with ideas that have a real impact out in a world crowded with marketing messages.”

More than 200 calls and webchats are answered by CALM every single day and, as awareness grows, CALM is supporting more people than ever before through difficult moments in their lives.

In 2018, demand for the CALM helpline grew by 53% year on year, with CALM helping to prevent 675 suicides in 2018, a 58% increase year on year from 2017. Whilst these statistics are encouraging, and growing demand for CALM’s services show that more people are starting to be open in the way they seek support, there is still much to be done to create an open culture in which help-seeking behaviour is championed and, ultimately, normalised.

Simon Gunning, CALM CEO, said: “Suicide is an issue that affects everyone, and so we work with the whole of society through campaigns such as ‘Call For Help’ that aim to raise awareness of the support that is available for anyone going through a tough time, while showing the positive impact that a call to the CALM helpline can have on an individual’s life. In 2018, we directly prevented 675 suicides, and we aim to further open up the conversation around mental health and suicide, empowering more people to best support their own wellbeing and that of those around them.”