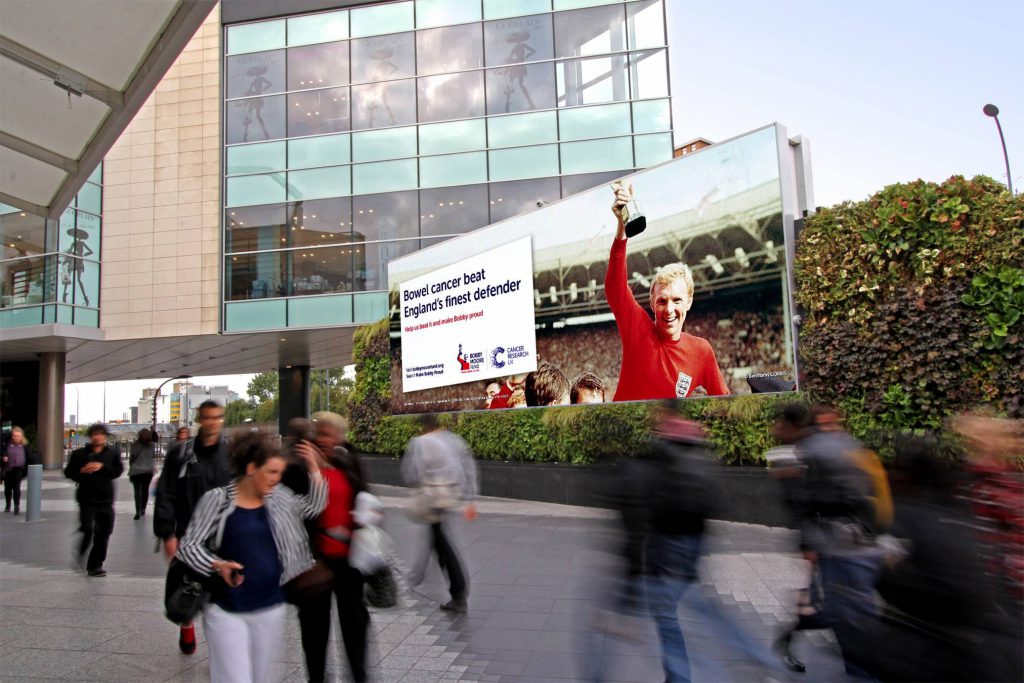 The campaign runs on Ocean Outdoor’s digital screen at Westfield London using the latest “Look Out” camera technology. The Make Bobby Proud campaign was booked through out of home agency Talon Outdoor.

Ocean’s new billboard technology monitors the gender of people passing in front of the digital advertising billboard and when the majority of the audience is male, the Make Bobby Proud advert is played out in real time.

Moore’s widow, Stephanie Parlane-Moore, from the Bobby Moore Fund Charity said: “Bowel cancer cases in men have risen 35% in the last 30 years compared to only 6 per cent in women.

“Scientifically we don’t yet know why but we do know that nine out of 10 cases of bowel cancer can be treated successfully with early diagnosis so targeting men who think they have high risk symptoms to visit their doctors early is critical to saving lives.

“So this ad technology is supporting science and I’m delighted that Ocean are helping us to use it to help fight bowel cancer, which remains the second highest killing cancer in the UK.”

Tim Bleakley, CEO, Ocean Outdoor: “Bowel cancer affects the lives of millions of people either directly or indirectly. Our latest technology can help to raise awareness to those who are at risk but are the most likely to ignore the early signs of the disease – men.”