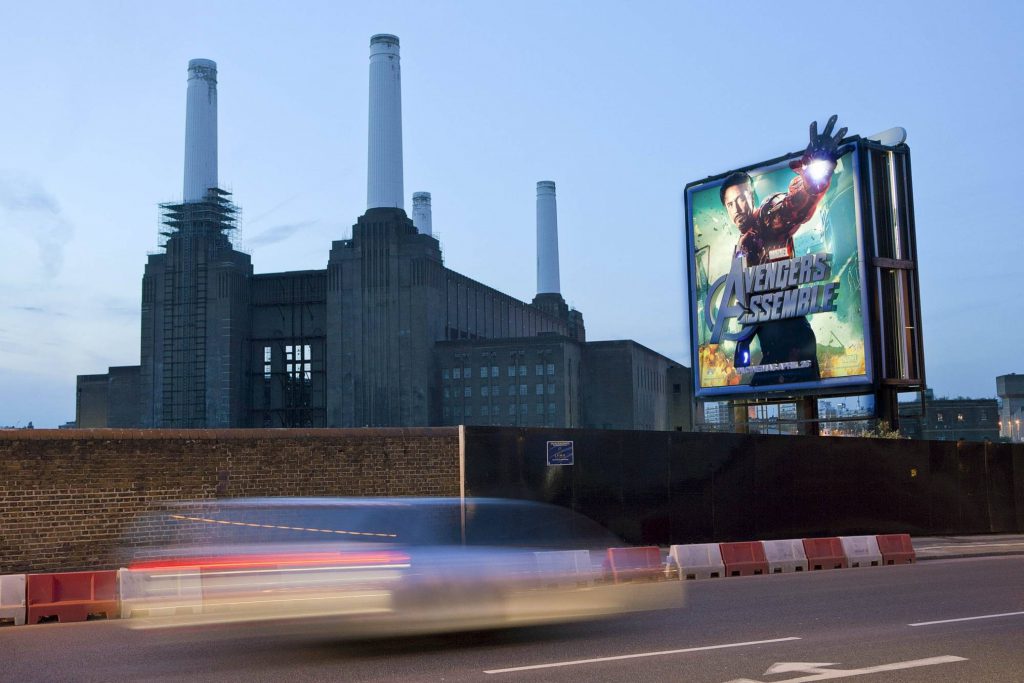 Superheroes from the new Disney blockbuster The Avengers dominate Ocean Outdoor’s iconic Battersea Power 7 and a portfolio of full motion digital screens ahead of the movie’s highly anticipated UK release on April 26.

A 2D campaign features on the Square Tower and a 96 sheet in a special build at BP7, featuring new lighting effects and 3D lettering. The campaign also runs in full motion using a 20 second advert across Eat Street and the West Cross Route at Westfield, The Screen @ Canary Wharf, Liverpool Media Wall, Axis @ The Hacienda in Manchester and New Street, Birmingham.

Creative is by Feref and the campaign was booked through Carat. The campaign runs for two weeks.

The Avengers is a big budget Disney adaptation of the classic Marvel comic book series that first appeared nearly 40 years ago, featuring the mighty superheroes Iron Man, Captain America, The Incredible Hulk, Thor, Hawkeye and Black Widow fighting to save the world.