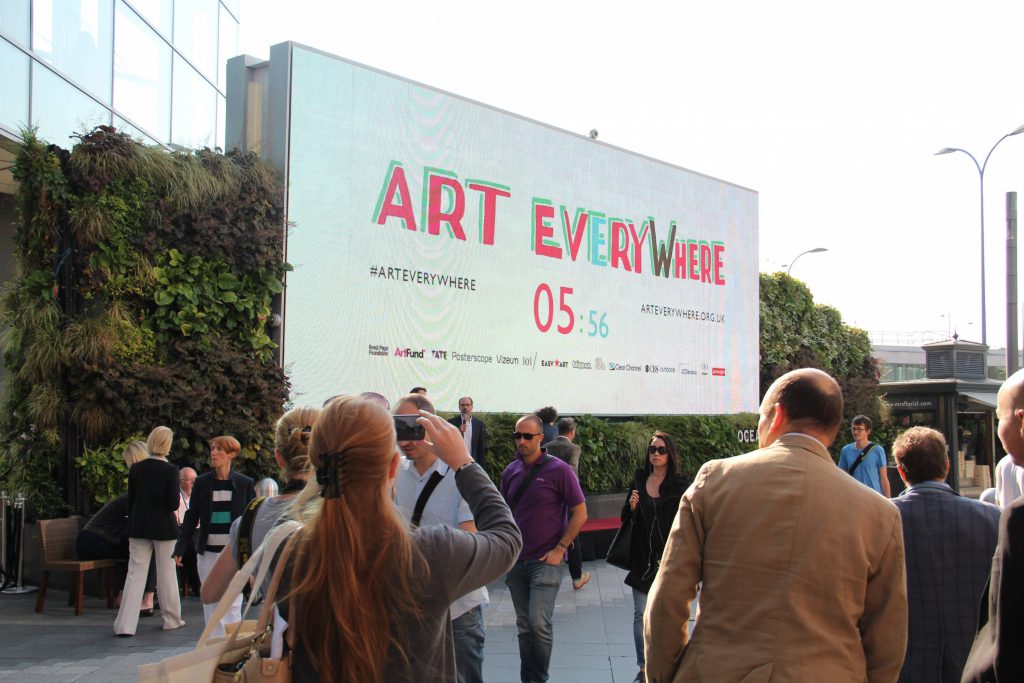 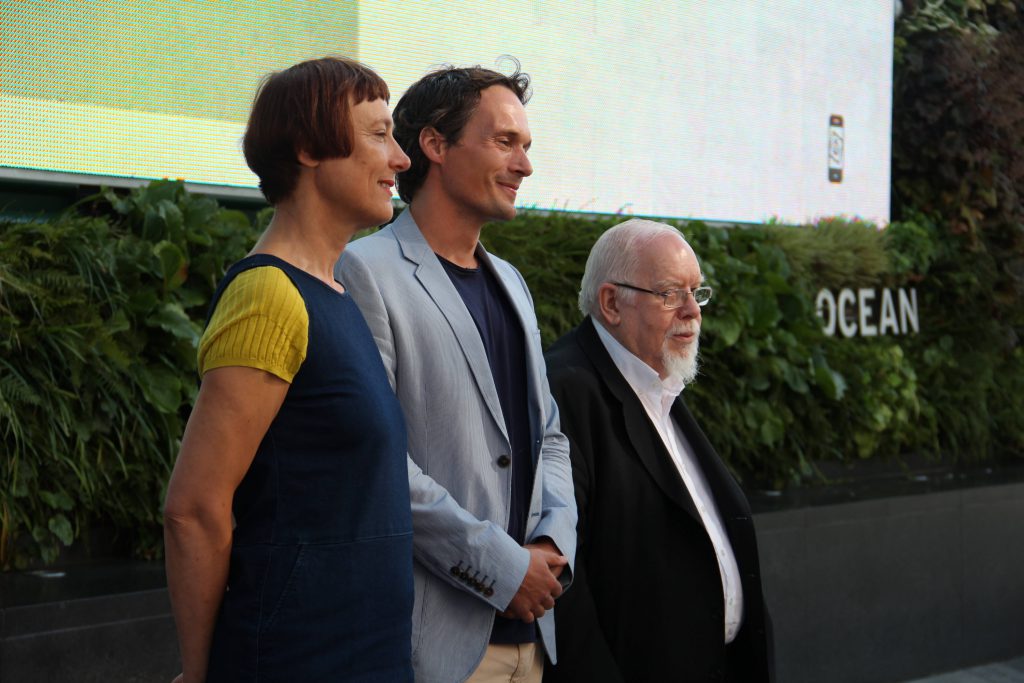 Ocean’s large format digital screen was the canvas for the unveiling of the charitable art project Art Everywhere, a showcase of the nation’s favourite British art works, chosen by the public.

The launch was attended by artists and art lovers including the sculptor and installation artist Cornelia Parker OBE and British pop artist Sir Peter Blake who works figure among the selected artworks.

Art Everywhere is a collaboration between the entrepreneur Richard Reed, co-founder of Innocent Drinks, the Tate the Art Fund, Posterscope and the poster industry.

The crowd-funded project will transform 22,000 billboards across the UK into great British masterpieces over the next two weeks to celebrate the nation’s creativity and artistic legacy.

Ocean is donating outdoor space across its digital portfolio in London and Manchester with artworks from the top 10 chosen artists featuring on the Two Towers East, Two Towers West, Holland Park Roundabout and Portland Tower in Manchester.  The artists include Millais, Waterhouse, Bacon, Freud, Turner and Cornelia Parker.

Image recognition and augmented technology from Blippar was also showcased at the launch, encouraging people to find out more about art.

By hovering a mobile handset close to a poster, users will be taken to more information about the artwork, where to find the original and how to buy a print.

The campaign will go live across the UK on Monday 12th August.