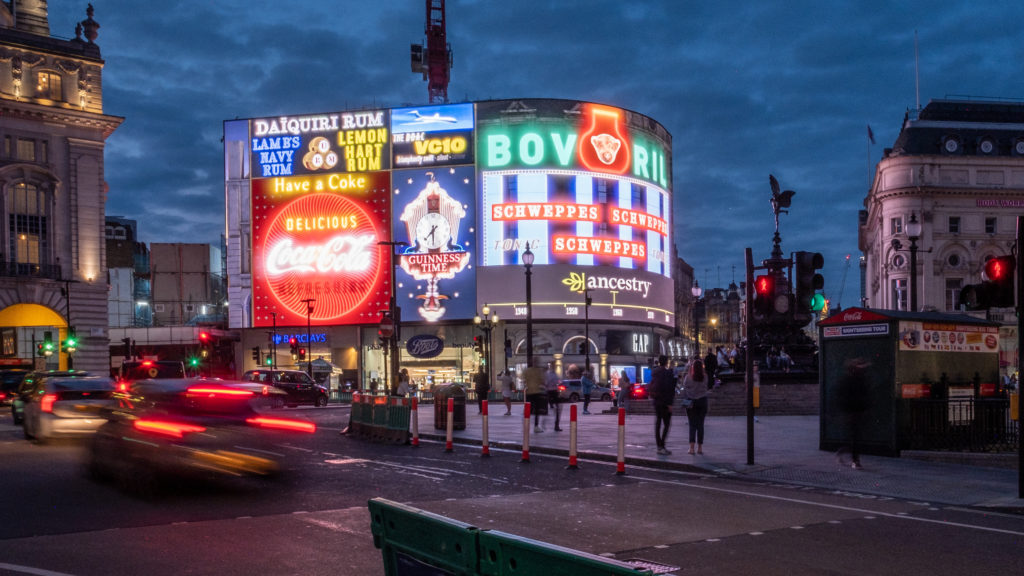 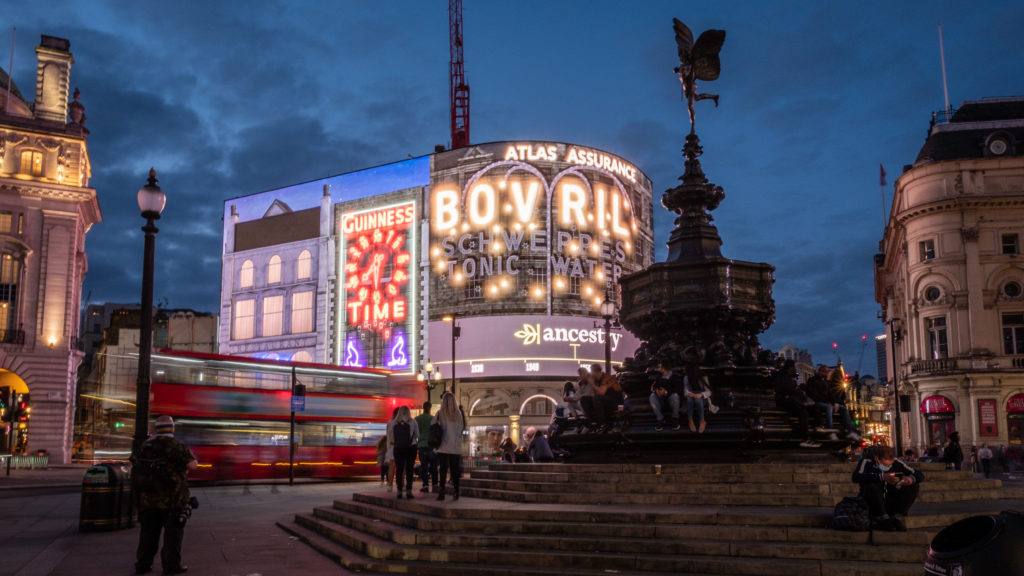 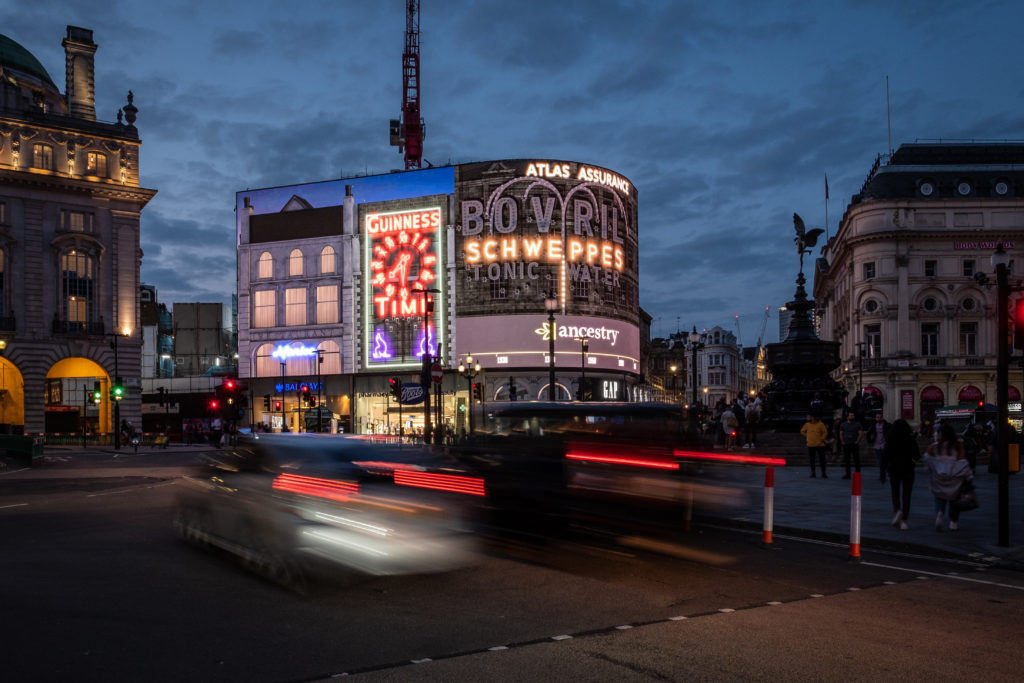 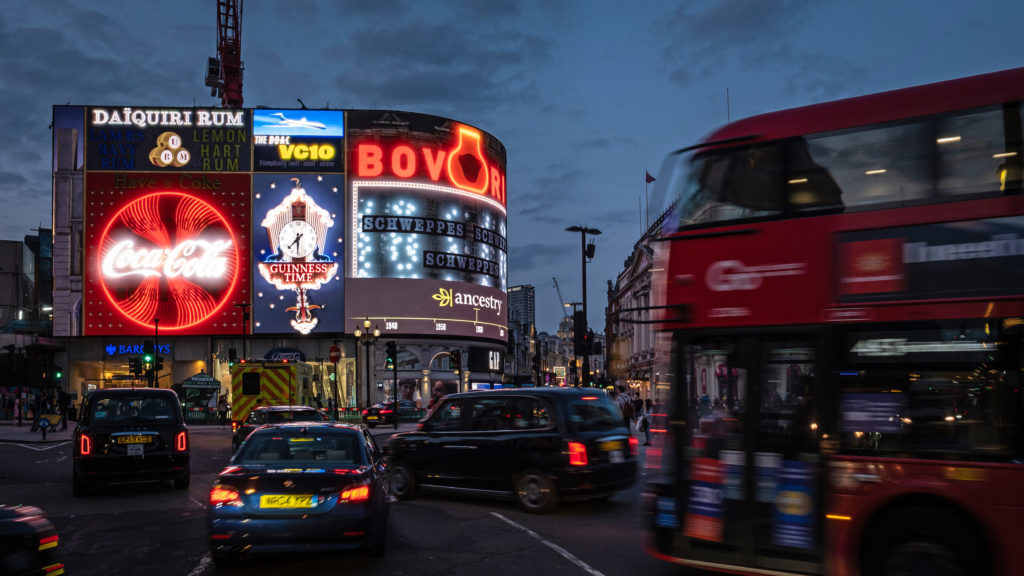 Ancestry® is taking the iconic Piccadilly Lights back in time with a nostalgic treat which recreates London’s famous illuminated signs over the past 80 years, from the end of The Blitz to the present day.

Created for Ancestry® by Anomaly, the idea was one of the winners of Ocean Outdoor’s annual Digital Creative Competition. Ancestry’s activation, which brings Piccadilly’s backstory to life, secured a prized slot on Landsec’s iconic Piccadilly Lights which joined Ocean’s 2019 digital out of home (DOOH) competition for the first time last year.

The Piccadilly Lights activation is aligned with the 80th anniversary of The Blitz and forms part of Ancestry’s UK wide integrated commemorative campaign which is rolling out across print, digital, PR and social media, supported by influencers and on-site marketing.

Two 30 minute dominations are scheduled to take place this week on consecutive evenings, starting on Thursday, September 10 at 7.30pm and repeated on Friday at the same time.

The screen time is donated by Landsec and Coca-Cola, which has had a presence in Piccadilly Circus since 1955.

The spotlight opens in 1949 when the illuminated advertising signs were first switched back on at the end of World War II after a 10 year hiatus. The lights had previously gone out in 1939 to comply with wartime blackouts.

The content remains true to each featured decade, combining historical imagery with archive film footage of famous signs from multiple angles to accurately recreate the classic advertising hoardings from the 1940s, 1960s and 1980s.

As a result, each individual historical sign, from Bovril and Coca-Cola to the Guinness clocks and Schweppes fountain, required a different treatment in 3D render so that when people see the ads brought to life on the new full motion screen they mirror the originals.

An end frame directs viewers to Ancestry® where they can bring their own backstory to life.

Ben Robinson and Mike Whiteside, creatives, Anomaly said: ‘’Piccadilly Circus has long been one of the world’s most iconic advertising sites. We’re excited to bring back its most famous signs from years gone by. From the vintage Guinness Time clocks to the neon Coca-Cola signs, and even the classic Bovril and Schweppes fountain, we’re opening a window into Piccadilly’s past, just like Ancestry® does for its users.’’

Ocean Outdoor joint managing director Phil Hall said: “Ancestry® has turned the clock back on the famous Piccadilly Lights, taking one of the nation’s favourite landmarks back in time from full motion to the age of neon and all the way back to a time when there were no lights. This is a beautifully thought through campaign, making it a worthy winner of Ocean’s digital creative competition.”