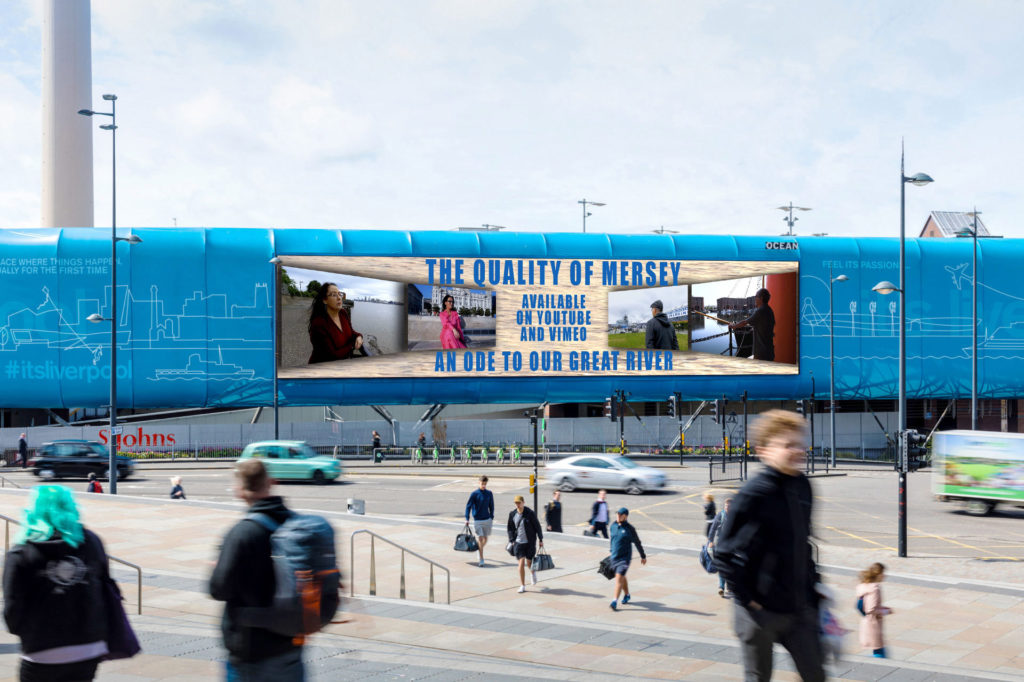 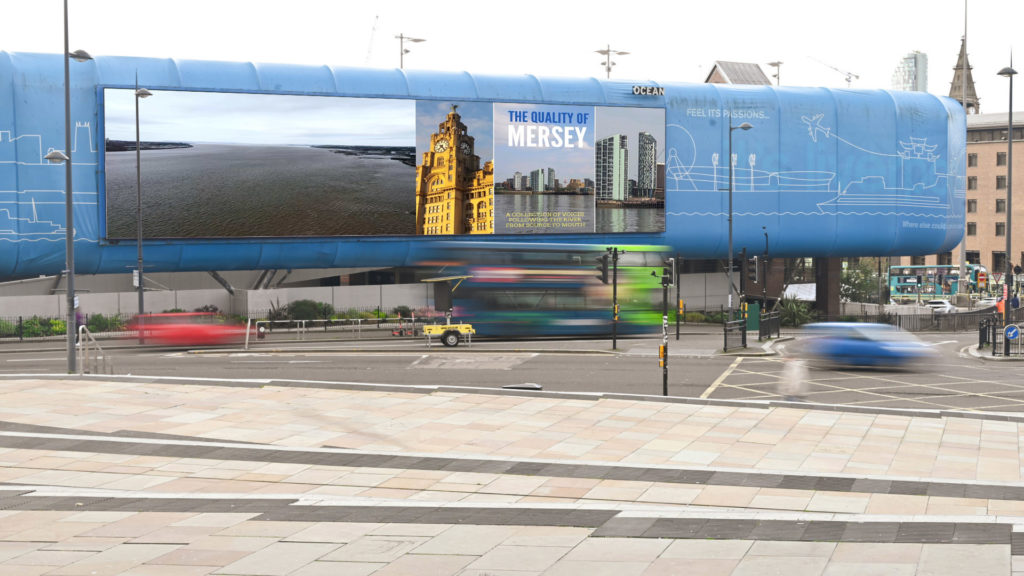 The Quality of Mersey features work by new Liverpool poets

The Quality of Mersey, a journey along the iconic river set to the poems it has inspired, will be shown on the Liverpool Media Wall on Sunday, June 6 between 9am and 10am.

The film showcases eight poems from the powerful anthology Quality of Mersey narrated by the poets themselves.

It opens with a poem about the source of the river composed by Liz Sandbach. From there, the film progresses down the river, featuring poems from both the Liverpool and Wirral sides, including iconic landmarks, personal stories and commentary on the history and culture of Merseyside.

Produced last year, the film was created collaboratively by film-makers Tristan Marshall and Leonie Abisgold-Rayner with drone footage by Paul Conlin and a musical score by Dora Kmezić.

Operated by Ocean Outdoor, it has become part of the fabric of the community and is often used to celebrate and mark occasions. The 12 minute film will be shown in full screen domination with subtitles over an hour.

Ocean Outdoor regional sales director Keith Crisp said: “This is the first outdoor showing of the film version of the anthology and there’s no better place than the Liverpool Media Wall. Ocean celebrates the Art of Outdoor and we are delighted to be able to use the landmark to support Liverpool’s poets and writers in such a vibrant literary city.”

The Quality of Mersey poetry collection was conceived by the writer John Gorman and curated from many submissions by the Birkenhead poet Barry Woods who also produced and features in the film version.

Barry Woods said: “It was exciting to see the high quality, diversity and range of submissions we received for our book – we were overwhelmed with the response from such a poetic city.  John Gorman and myself have been regulars on the local open mic circuit for a long time in Liverpool and he came up with the idea of having poets write about their respective areas and to give us some shared sentiments.

“The film is a gift to our city of Liverpool and our great river. I am so happy that it will reach a wider audience.”

You can watch the film here.