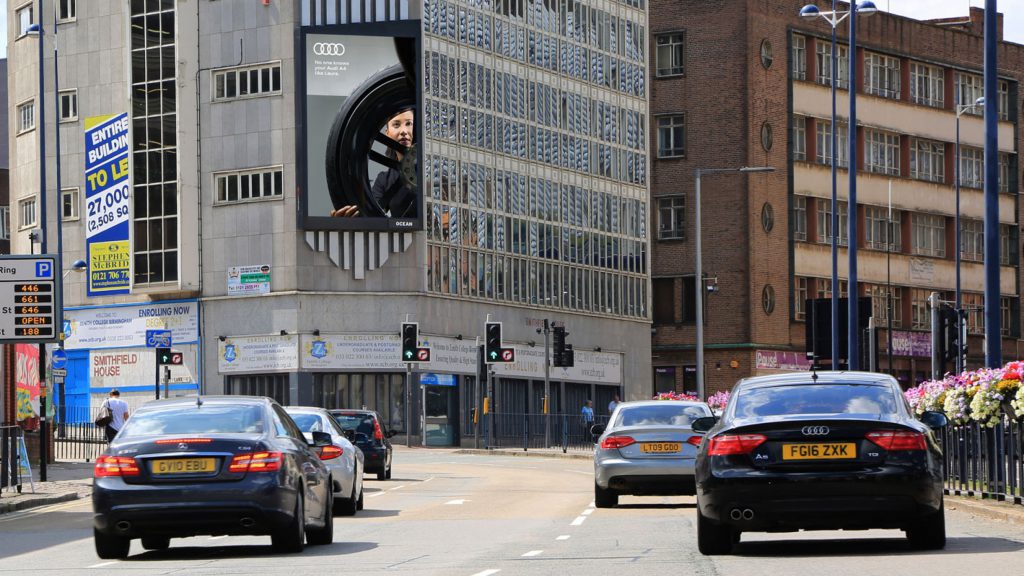 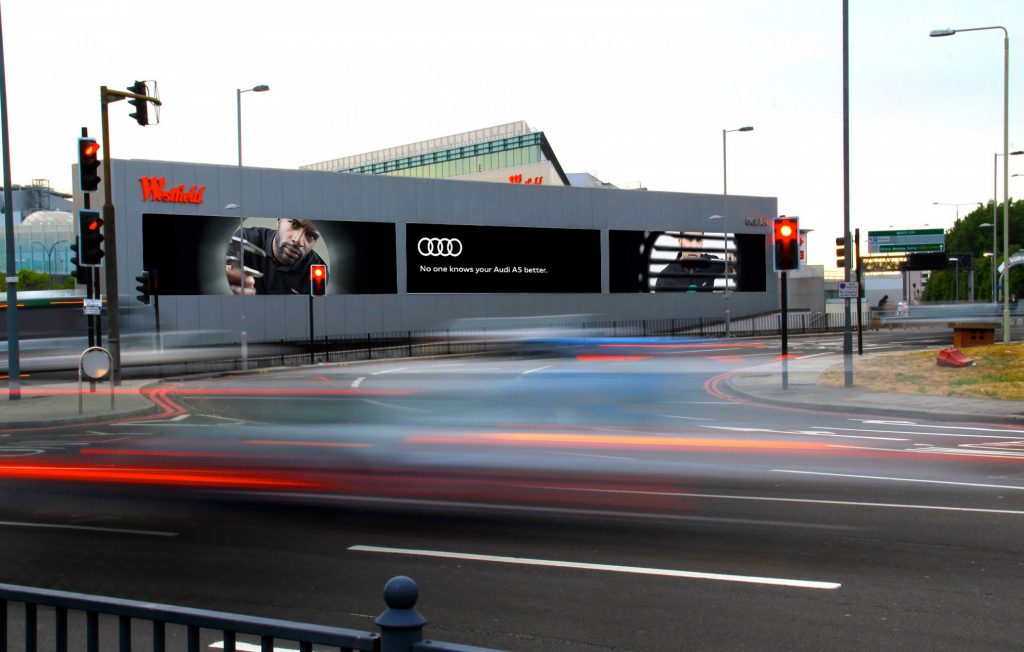 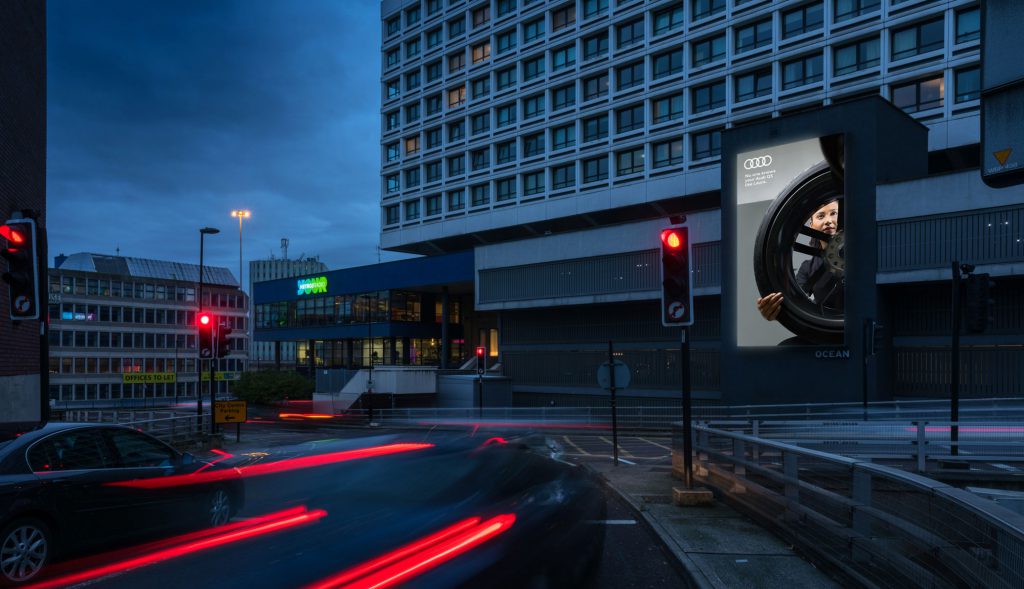 Audi is the launch partner for new Birmingham location

Premium out of home media owner Ocean has expanded its exclusive Vehicle Recognition Technology (VRT) network to Birmingham with the addition of the technology to its screen covering the southern entrances to The Bullring.

Audi is the launch partner for the new Birmingham screen, targeting Audi drivers with a campaign to support its after sales car service.

The campaign, which is planned through Omnicom Media Group’s PHD in London and Talon, breaks on Monday, September 11 and runs across all VRT locations.

Jess Talbot from PHD London said: “The VRT technology allows Audi to serve highly personalised, real time content which is only triggered when a specific vehicle is within direct sight of the screen. This has allowed us to deliver an OOH campaign for Audi with minimal wastage and pinpoint accuracy.”

The VRT enabled The Screen @ Bullring South faces traffic travelling into Birmingham from the A45.

Other sites include Ocean’s Holland Park Roundabout in London, The Screen on the Tyne in Newcastle and Princess Road in Manchester.