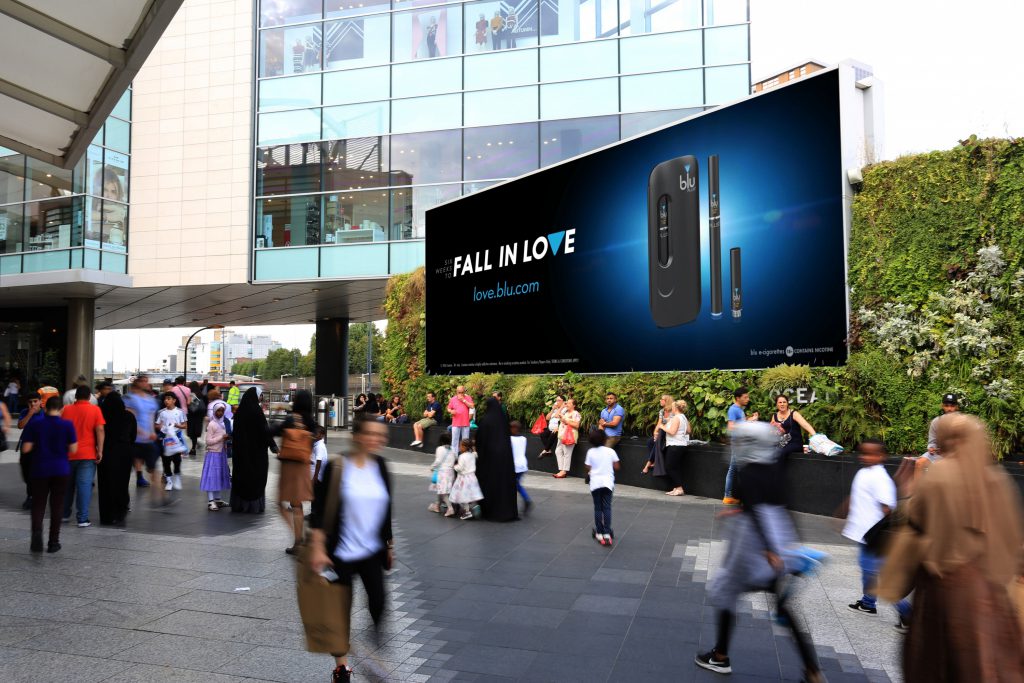 blu, e-vaping experts, launches a fun and interactive out of home campaign at Westfield London to engage and connect with like-minded adult smokers and vape users.

Come down to Westfield in the following weeks to discover blu’s “Six Weeks to Fall in Love” campaign. Brand ambassadors will pair consumers with the blu that best fits their style and invite them into a comfortable, semi-private booth to try blu PLUS+ and its incredible range of flavours. Participants can choose to sign up for an exclusive six-week trial where they will receive £56 worth of blu products for only £8. On the day, consumers will get a blu PLUS+ Slide Kit and a blu PLUS+ Cartridge Refill pack of the flavour of their choice.

Using iPads and a cutting-edge application, customers are able to shoot their own selfie alongside a loving headline. Their image is then broadcast on Ocean’s large format full motion Eat Street screen, giving blu lovers the opportunity to make their new-found relationship public.

The campaign, which runs until November 13th was developed by the creative agency Momentum Worldwide and planned through Kinetic and m/SIX.

Further details on blu and its extensive range of products can be found at www.blu.com/en/GB

And if you want to fall in love with blu too, simply sign up at https://www.blu.com/en/GB/love