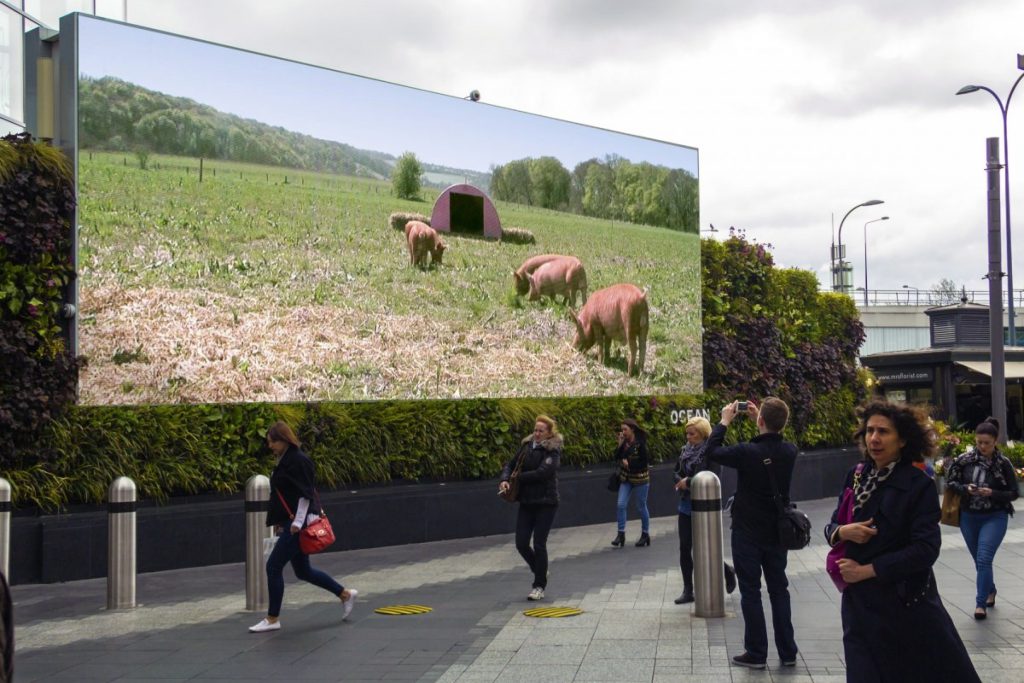 The campaign, created by Elvis for Compassion in World Farming, was recognised at the IAB’s Creative Showcase Grand Prix, winning the Boldest Brand Award and the Most Creative for a Cause award.

The live pig feed was originally created for Ocean’s Art of Outdoor competition, which invites agencies and brands to push the creative boundaries in digital outdoor advertising, becoming a 2012 winner.

The IAB commended Elvis’s campaign for its “charm and virtually-real concept”.

Shoppers were invited to feed the pigs by texting a number for £1. They were then sent a unique weblink, which connected them to an online broadcast and an accelerometer to operate a machine that scattered apples for the pigs.

The actual feeding machine was designed and built by members of the engineering department at LondonSouth BankUniversity.

Once fed, a personalised message of thanks appeared on the Eat Street digital billboard, together with a phone prompt asking people to make a monthly donation to Compassion in World Farming.

Ocean is a member of the IAB, its membership reflecting the synergy of digital outdoor with mobile and online advertising.